Islam: Victim of the Saudi-Iranian rivalry 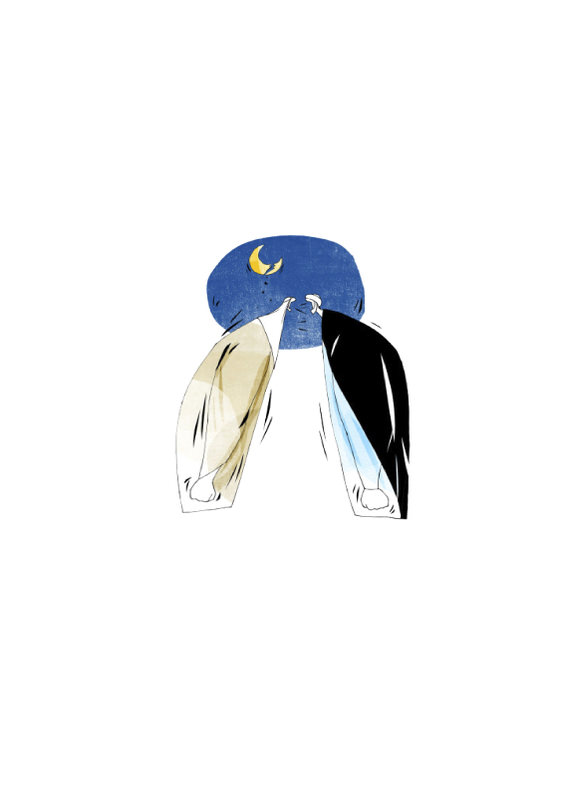 The sectarian strife nurtured in the discourse of violence that has been inflicted on the Muslim world by reckless, interest-oriented politics caught millions of Muslims vulnerable and can be regarded as one of the most vicious crises in the history of Islam

Never has the crisis of the Islamic world been as acute as it is today, not even when the Arab caliphates were sacked by the Mongols. It is serious not because many Muslim nation-states have been invaded or intervened in by Western colonial and postcolonial powers, but because this time, it is the very idea that Islam is under attack from within. Unfortunately, the primacy of strategic interests of Muslim nation-states has overshadowed the primary objectives of Islam, rather in some cases, national interests and Islamic objectives are used interchangeably, thereby subordinating Islam to the country's limitations. The ultimate and the most dangerous outcome of this attack is that Islam will cease to exist as the most engaging dialectical process.

The emergence of the Islamic State in Iraq and al-Sham (ISIS) as well as its offshoots and supporters all over the Muslim world represent a frustration with the Western political system, which has failed to be inclusive enough. It also represents an ambition to re-establish "the glory of Islam," which was lost mainly due to Western colonial control and postcolonial interventions. To this extent, the popular Muslim imagination will endorse any group and country claiming to do that. Its popularity is not because of ISIS itself, but rather because of the already-working Islamic movements whose agenda of Islamism does not showcase fundamental differences between the destinations of two versions of Islamic ideas.

However, when it comes to the journey toward this destination, or a strategy to materialize this dream, the differences between Islamists and ISIS are of a fundamental nature. So much so that the journey becomes more important than the destination itself. Historically, Islam evolved and progressed not just because of its powerful swords, but also because of the power of its dialectics, literally known as "Ilm al-Kalam." Regardless of the many inter-Islamic wars fought during the Islamic period, ideological, intellectual and sectarian conflicts were rarely behind them. The reason why Muslim societies' sectarian and intellectual texture remained diverse and rich was because scholarship and scholars remained engaged, albeit in a very acrimonious way. For the ruling class, it remained difficult to control these differences, as most Islamic learning centers and endowments were outside the purview of state control. In this sense, as against German philosopher Jurgen Habermas's public sphere being an "intersubjectively shared space of a speech situation," which led him to formulate the theory of communicative action, the evolution of a public sphere in the Arab world has been occupied by the dialectic of violence represented by ISIS and those who counter ISIS. This is a real tragedy that will destroy each and every speech forum that Islamic societies have evolved in the last 15 centuries. There is no surprise that because of Islam's capability to coexist with difference, it has allowed millions of Christians, Jews and other minorities to thrive and gain prominence in many fields of life including finance, art, culture and administration. ISIS and groups like it are very much against the very idea of Islam that makes political and social engagement more important than violent conflict. An Islam controlled and defined by violence is a nightmarish scenario for the global Muslim community.

Notwithstanding the enormity of ISIS as an existential threat to the idea of Islam, ISIS is also a reactive phenomenon that aims at creating multiple copies of similar reactions from different quarters of societies to transform the entire society into a mirror image of itself. ISIS as a phenomenon is not much different from Hezbollah and other Iranian-supported groups that have been using the same logic for their Iranian backers. Recent Iranian reactions to the Yemeni crisis, the rise of ISIS and the anti-Syrian regime struggle are inspired by the same logic of exclusivist Islam where there is no place for difference. The Iranian role in the region is not helping ISIS, rather it is facilitating the same chain of reactions in both Islamic sects.

In the context of perpetual conflicts in the Arab world, there should be serious questioning of whether Islam can bring these warring sects to an agreeable common point. Is it possible for Muslims to learn to live with differences? Is it possible for Muslims, particularly Arab Muslims, to learn to separate religious and sectarian beliefs from their politics? As of now, the answer is disappointingly "no." The only democratic Muslim countries - Indonesia, Pakistan and Turkey - have refused to be part of the Saudi-led alliance against the Houthis. It is not because they want the Sunnis of Yemen to be ruled by the pro-Iranian Houthis, it is because of their understanding that strategic interests of nation-states cannot be interchanged with sectarian interests for which Iran and Saudi Arabia are competing with each other. A fight for domination of the region between Saudi Arabia and Iran has hijacked Islam and they are using their sectarian differences to legitimize and strengthen their positions in their spheres of influence. Their use of Islam and its religious discourses in favor and against each other has made ISIS, Hezbollah and the Houthis more relevant for advancing their national interests.

The idea of Islam based on the acceptance of different sects and schools of thought has always been the most popular idea of Islam. The most peaceful versions of Islam exist where there are no or few wars, such as in Indonesia and Malaysia and many coastal parts of India. The absence of communicative action to reach consensus through dialogue is primarily because of attaching sectarian differences to the strategic interests of nation-states. If this state of politico-sectarian conflict perpetuates, the Saudi-Iranian rivalry will be the greatest threat to the continuity of the idea of Islam. Fed up with their politics, the larger Muslim world is still in search of Islamic laicism to live side by side with any sect or any religious or non-religious group in the world.

The principle that sectarian identities will not be the basis of citizens' rights has consistently been violated by Iran and Saudi Arabia for many decades. This is evident in the way Sunni Muslims are victims of state-sponsored harassment and discrimination in Iran. Iraqi and Syrian Sunnis have become victims of similar treatment by Iran, backed by militant and political groups. Arabs in the Ahwaz province of Iran are not known well enough to the world. Shiites in Saudi Arabia or other Gulf countries are regarded with suspicion and often face arrest and discrimination. These practices are justified by security sensitivities of each state in the region, and to get them approved by their public, they need more "pure Islam" in service of their state apparatus. Unfortunately, much of their religiosity and religious politics is unchecked and accepted at face value, leaving Islam the main victim of the Saudi-Iranian rivalry. It is a litmus test for political Islam as to how they will stop Islam from descending into the hands of the authoritarian and violent religiosity of Iran and Saudi Arabia.