Not just a national election 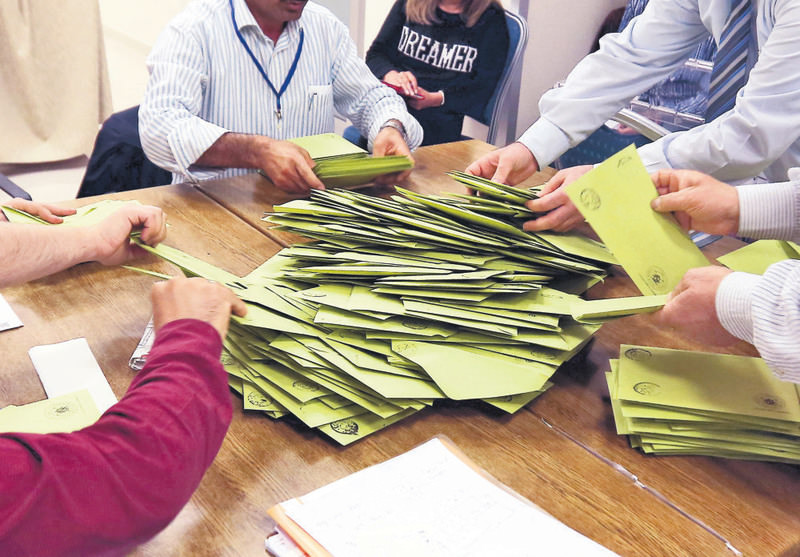 The elections held in Turkey were not just a national election, but rather a regional event as the importance of the restructured Turkish socio-political system in the region is clear

It is of course possible to cover the recent Turkish general elections in terms of numbers, opinion polls, the seats won by the various political parties, the reaction of the money markets and other day-to-day fluctuations as we have been accustomed to in the age of the 24-hour news cycle. In this way, these elections are no different from those that took place in Britain, Brazil or South Korea. Soon, the recent Turkish elections will disappear from the news bulletins and media interest will move on to the next elections.

The recent elections in Turkey had a number of sub-headings based on the success of the ruling party over the last 13 years. However, this key event that will determine the future political path of the largest country in the region and its ability, or inability, to fulfill its pivotal role in this most volatile region deserves a heading that is significant to those who live where the election is taking place and the very identity of the surrounding countries.

What Turkey needs most from this election is a constitutional safety valve to guarantee the stability of the state that has been achieved over the last 13 years. In other words, what is needed is a constitutional end to the state of political paralysis that had characterized the last half century, a period that saw 60 weak coalition governments ended by the success of the ruling party in forming the first majority government in years in 2002. This deliverance was achieved through the unprecedented popularity of the ruling party, a position that it still enjoys. However, with big political judicial and social decisions to be made to support growth and development, what is needed is a constitutional decision-making institution that preserves this stability within the uncertainties that accompany any pluralist parliamentary system. This institution is the presidency.

Turkey is undergoing a restructuring of its political and social institutions toward a politically stable, strong central state in a pluralist society. These were the main characteristics of the Ottoman political and social system that oversaw a society made up of over 80 religions, sects and ethnic groups. Such institutions were swept aside by the rise of the modern Turkish Republic that changed the nature of the state from one based on identity to one based on ethnicity. This radical change exhausted the country internally in many ways and severely limited its sociopolitical influence in the region.

In this context, it is not untrue to say that this election represents a constitutional bridge toward the mechanisms needed to affect the required changes in how politics are conducted. The Ottoman structure was of course a vessel for a regional system of influence and control, something that is completely absent from the current political vocabulary in Turkey, despite its rich presence in the Ottoman archives. The modern Turkish state obviously regards this as a sensitive regional issue and is therefore careful to combine this internal move to a more Ottoman system of internal administration with a foreign policy firmly rooted in the traditions of the nation-sate.

The interesting thing about these developments in Turkey is how they strike a chord at this pivotal moment in the history of the region with the cultural, social and political identity of the peoples of the region and the political systems that allowed these societies to form relatively successful political structures following the collapse of the regional order following World War I.

Redrawing of the map

What is going on in the Arab world today is the opposite of what is happening in Turkey. The collapse of the state, fracturing of society, the vanishing of civic society and the eradication of the means of progress in a scenario that will inevitably lead to the breakdown of the political and social structures that allowed Arab and Turkish societies to recommence their regional coexistence in the era of the nation-state.

Arab nation-states have suffered a slow, relentless decline and a corresponding social degeneration since the rise of the sectarian dimension following the Iranian Revolution. The decline of the state leads inexorably to a retreat in citizenship, loss of law and order and the fractioning of society into its base constituents of tribes and villages. These dire consequences of the fall of the state have plunged Arab societies into an instinctive search for alternatives to escape this all-encompassing crisis. In this type of situation, standards drop and the only consideration is self-survival. Any help offered by a partner who is trusted to protect the basic fundamental values of society would be readily and gratefully accepted in such a situation.

From a Turkish perspective, or the perspective of any regional power, a hinterland lacking in the currencies of state and society represents a fluid intellectual and political situation that leaves its own society vulnerable to foreign interferences, especially if these are backed by well-funded sources. This is a much more difficult situation to handle and penetrate than one in which the region is governed by hierarchical political systems and regimes, especially for Turkish diplomacy accustomed, as it is, to conducting business via official state-level bilateral relationships through its embassies and international missions.

It is in the interest of the regional state in the midst of this fluid political and social regional environment to be a promising example of an effective social structure and a strong central state. Given a free choice and faced with a relentless attack on their identity, the peoples of the region who desperately lack these structures will chose to align with this regional state following the destruction of their old realities. Another important feature of this exemplary state is the absence of the specter of weak governance that damages its political and economic credibility. Looking around, this is a clear danger facing even the most time-honored electorally-based political institutions.

Another common interest between Arab and Turkish society is the world trend in forming large blocs of nations, sometimes based on ethnicity, but more often on economic or security grounds. The two main parties to such a bloc are the strong regional state in need of a stable and secure heartland on the one side, and the surrounding states and societies in search of a regional alliance to protect their fundamental identity and values.

Awaited regional roleIn this context, the importance of the restructured Turkish socio-political system in the region is clear. At such a crucial moment in the process of developing a regional role for Turkey, one would expect all internal political differences to be put aside in favor of a united, agreed to foreign policy strategy.

The recent elections, however, reveal a very different story. Turkish opposition parties have not been behaving in this manner and have not shown the responsible attitude that one would expect from political parties that hold serious ambitions of being in government. The disparate opposition parties are united only by the desire to defeat a political party that has brought stability to the country and to stop political reforms designed to lay the foundations of a strong central state. These elections have not been about the ceremonies and rituals of worship, but rather about the destruction of the temple itself.

Political infighting inside the regional leadership is not something that will impress regional societies looking for leadership. The emergence of new political ideologies inside the Ottoman order with a different view of the Arab lands in the Committee of Union and Progress was one of the main reasons why the Ottoman leadership lost its authority inside the Arab world before World War I. It gave the green light for the rise of many inimical Arab political movements that hastened the fall of the Ottoman state.

There is only one regional battle currently raging in the Arab and Turkish environment between two opposing camps, regardless of their many forms, names and manifestations – the camp of the state on one side and the camp of the militia on the other, with the survival of the state itself at stake. The first camp is represented by the political system of the last remaining state of law in the region, i.e., Turkey, and the second is populated by the various sectarian and ethnic minority militias supported and sustained by Iran. This is the real conflict in the region today, sometimes conducted with weapons and sometimes with velvet gloves.

The recent Turkish elections were a vote on the last working example of the state and its institutions in the region. An election in which Turkish voters cast their votes on behalf of their Arab neighbors for the type of society that the Arabs had enjoyed and recently had been taken away.

In the midst of all the alliances between the societies that make up the camp of the state, it is not expected that the regional state, exemplified in Turkey, will fulfill its role fully for a while yet. The transition from an empire to a state is one of the most difficult of all political transitions and usually requires the former empire to clip its regional economic and cultural wings. This transition has been even more difficult for Turkey, which entered a war with itself for a century and is suddenly required to carry out a regional role that it had not prepared for.

If the identity of the region is at stake, and it is, if this is an existential security crisis in which the survival of the region is in question, and it is, and if Turkey is the last remaining example of a successful multi-ethnic state in the region, and it is, then the citizens of the region have the right to participate in these elections each from his or her own town or village. They do so by opening up to the political forces that support the project of the strong state and its economic and cultural institutions and shunning others who do not value the mutual regional benefit that a strong regional commonwealth can deliver. In this way, the elections held in Turkey were not just another national election, but rather a regional event and a strong step toward the recovery of the identity of the region and the health of its cultural immunity.

The Arabic version of this piece is published in: Aljazeera.net* Researcher and expert in Turkish-Arab strategic relations and minority affairs. Director of the Centre of al-Mashreq a﻿l-Arabi, Birmingham, U.K.
Last Update: Jun 17, 2015 12:05 am
RELATED TOPICS