Europe must raise the bar of freedom 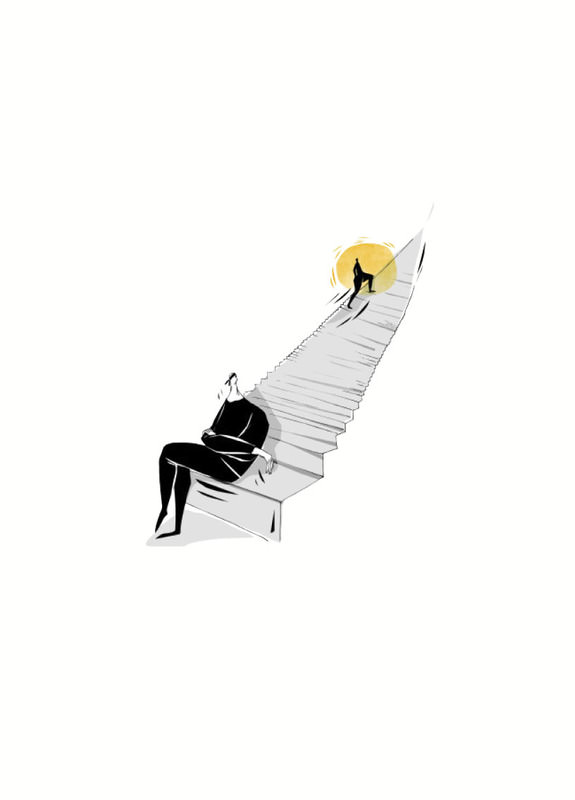 Today, fears and concerns instilled by Islamophobia placed tangible pressure on the Muslim community living in Europe, creating tension in society. This problem can only be overcome if Europe embraces its own core values in approaching Muslims

The discussion on Islamophobia or anti-Islam sentiment is progressively becoming a deeper issue in Europe. Of course, there are different dimensions of this discussion. There are Muslims, foreign people, minorities and immigrants on the one hand, and policies that Europe implements on the other. It should be discussed how Europe perceives this problem and whether its perception contributes to the solution of the problem. How does Europe perceive this problem? Can its perception and policies generate a solution? The problem should be approached with a little wider perspective. At this point, one can mention the causes of the crisis in Europe today and Europe's introversion. It can be said there are two reasons for this situation. First is the extension of globalization. When those who are different were far away in Morocco, Turkey or somewhere else, it was more tolerable and more reasonable in the past. However, it has been more difficult to tolerate them compared to the past as those who were far away have come closer with their own culture and clothing. This includes situations when people who come closer with globalization become your neighbors and your colleagues. The second reason is the economic stagnation in Europe as well as the belief that the increasing unemployment rate could be reduced by narrowing down the living space of those who come from other countries.

Is it possible to create a solution for this by developing security policies that are put forward, particularly in Europe? Do the security policies produced against those who are different from the rest of society and policies that we will generate by narrowing down their living spaces provide a solution for Europe? Actually, Europe has discussed these questions and found the answer in the past. Because of the answer that it gave to these questions, Europe was able to become Europe. Let's make this concrete. Europe underwent very similar processes before and during World War II. Similar policies were developed against Jews and a state of introversion was observed. Actually, Jews were not the problem in those years. Jewish styles can or cannot be adopted. Likewise, the styles and clothes of today's Muslims can or cannot be adopted. But the real problem here is the lifestyles of neither Jews nor Muslims. The real problem is how these lifestyles are perceived. As of that day, Europe, which was afraid of differences and becoming more concerned by the day, based its argument on Jews. However, the problem belonged to Europe itself and its future, just like today. Unfortunately, Europe answered the Jewish problem with more introversionist policies 70 years ago. Giving into its fears and generating policies based on fears, Europe cast a shadow on its own future and caused a war that had a very heavy cost for the world. Europe is discussing itself and its future through Muslims today. Although it burned itself down, its regions and in the whole world, the fact that Europe, which tried to solve the Jewish problem through its fears, makes the same discussion today over Muslims by enlarging its fears will provide no benefit for itself or the world, as it is supposed to take lessons from its previous experiences. This discussion in which Islam and Muslims are objectivized indicates the need for cooperation between pluralist, democratic and liberal segments in the world.

Just as with the Jewish problem, Europe was able to become Europe, which put universal values and freedoms forward and made contributions to humanity in this context by overcoming its fears. It started to give answers based on values that we call universal. Thus, the problem was solved. We know from our previous experiences that creating policies by becoming introverted and perceiving differences as threats is not a solution, and discussions on minorities are actually related to Europe itself and its own future. Therefore, the experience of Europe is telling us that policies that should be followed for those who are different and outside common society must not be exclusionary and discriminatory. On the contrary, a real solution can be reached when they are equalizing and not monistic, but pluralist policies based on human rights. Therefore, when we look at the problem from this perspective, we see we cannot generate a solution related to the differences of security policies.

Turkey has discussed a similar kind of problem many times. There was a Turkey that was uneasy about different identities and cultures in the 1980s and 1990s. The more it was uneasy, the more it became introverted, and the more it became introverted, the more uneasiness it felt. This Turkey harmed the people living in the country most. When did Turkey start to develop? It started to ease after it left its fears and security paradigm against those who were different and gave answers to those differences in the context of fundamental rights and freedoms. Easiness and normalization are extremely significant concepts. As Turkey has become normalized, it raises the bar of freedom and human rights. At a rate that it raises the bar of freedom and human rights, it prospers economically. Turkey has reached a level of $10,000 per capita income from $2,000 in the last decade. The reason for this is not that it raised the bar of freedoms since it had developed economically - on the contrary - the reason is it developed economically since it had raised the bar of freedoms. Otherwise, nobody wants to invest in a region that is problematic, belligerent and has limited freedoms. Turkey becoming more normalized, also developed economically. Both Turkey and Europe's experiences indicate that security policies and paradigms do not produce solutions for differences and for the field of different identities and cultures.

In conclusion, the discussion about growing discriminative approaches, anti-Islam sentiment and ethnocentrism in Europe is not related to Muslims and foreign people. Rather, it is a discussion related to Europe's own future and how it will produce a policy against differences. The experience of being possessed by fears and becoming introverted in the presence of differences and facing growing fears and concerns as becoming more and more introverted was learned by Europe before World War II and Turkey before the 2000s. Security policies developed against different identities and cultures did not help Europe or Turkey overcome the problem and gain economic wealth. On the contrary, it deepened the problem. Both experiences clearly show us that establishing wealth, peace and tranquility can be achieved by raising the bar of democracy and freedom, not by increasing security policies.