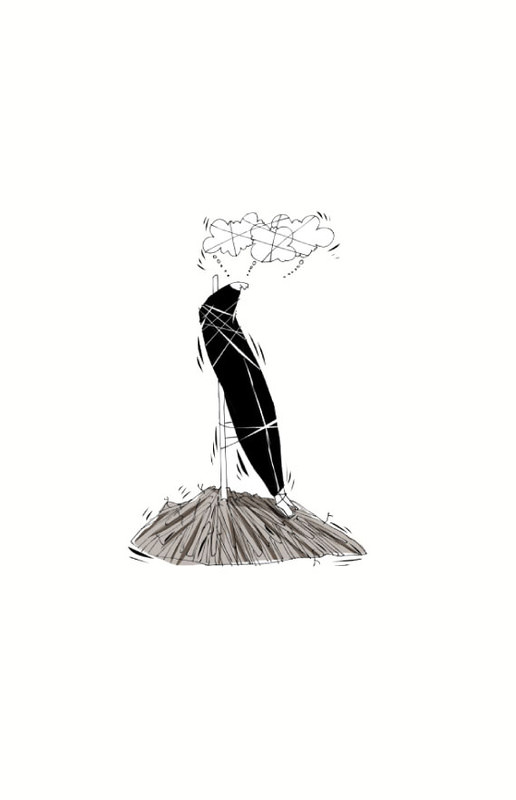 Suffering from discrimination and persecution, Rohingya Muslims have faced restrictions on basic services such as health care, education, marriage and employment by both the state and civil society in Myanmar

The failure of Muslim countries to coordinate their actions on behalf of Muslim people is well-known and well-documented. The price of this failure is felt most acutely by Muslims directly facing some of the most intense forms of repression. The desperate situation of the over a million-strong Rohingya Muslim minority in Myanmar is, according to the U.N., one of the most terrible being faced by a persecuted minority in the world. Unlike the plight of Muslims in Syria, Chechnya, Palestine or Kashmir, the Rohingyas have hardly anyone to speak on their behalf to alert the world to their suffering. During this month when Muslims reflect on those living under harsh and unjust conditions, we should spare a thought for those who do not make the headlines, for those whose suffering is compounded by silence. The Rohingya Muslims are subjected to discrimination and persecution both by the state and civil society.

Even though they have been in Myanmar for centuries, they are denied citizenship and are classified as "Bangladeshis" who arrived in Burma as illegal immigrants. They have no land rights. They face multiple restrictions such as limits on their movements, needing travel permits to travel within the country. They have no access to basic services including education and health care. There are restrictions on their rights to marry and have children - and in some areas, they cannot have more than two children, so the thousands of kids born in spite of these limits cannot be registered and therefore have absolutely no rights or access to any services. They face restrictions on employment - they cannot be teachers, engineers, or medics. They have been regularly required in some regions to work without pay for the government or the military. They have no access to the justice system and often are subject to arbitrary arrests and violence by the authorities. It is estimated that in Myanmar itself, over 100,000 people live in squalid internal camps and are banned from leaving them under threat of imprisonment or worse, depending on who catches them.

Their situation has worsened in the last few years, especially since the Burmese government's reforms in 2012. The U.N. estimates that about 120,000 Rohingyas have fled Myanmar since then. Driven to either boarding rickety and overcrowded boats on an unsafe and uncertain journey by sea or remain at the mercy of coordinated attacks by Buddhist mobs, who have terrorized and forcibly displaced the Rohingyas, following the calls of preachers whose anti-Muslim message is disseminated in popular DVDs sold in street markets. These preachers use the "barbarians at the gate" imagery to describe the poverty-stricken Rohingyas as the ultimate threat from within. They call on the Buddhists to fight against the threat of Muslimization - as they claim that Muslims are gradually taking over the country, taking land and marrying and converting women. The narrative goes on to say that Muslims have done this over centuries, and have transformed Myanmar's neighbors, originally all Buddhists. Unchallenged by police or security forces, anti-Muslim protesters marched through the streets of Rangoon last month carrying messages on banners, t-shirts and shouting that the so-called "boat people" were not Burmese on account of their darker skin color, and Myanmar should not be held responsible for their misfortune. Mass arrests against the Rohingyas are common-place - killings and beating are carried out while the authorities look on. Mosques and homes are burned, property is looted and when Rohingyas flee, any humanitarian assistance is blocked.

The silence surrounding the pogroms against the Rohingya Muslims is best exemplified by the refusal of Aung San Suu to denounce these acts of cruelty. The winner of a Nobel Peace Prize, once the most famous prisoner of conscience and a much-beloved and respected figure in the West as a champion of human rights in her country, has been unable to find the words to condemn the treatment of the Muslim minority in Myanmar. In a 2013 interview she used the theory of the two demons - a popular narrative used by those who supported the dirty wars in Latin America. The narrative goes like this: both sides used violent means and both sides are to blame equally for the current violence. In the case of Myanmar, however, this theory does not take into account that it is only the Rohingyas who live in fetid camps, who face restrictions on their lives, jobs, family size and access the basic services. It is only the Rohingyas who face starvation and death and are driven to despair.

This idea that there is symmetry in violence is one of the main planks of the developing global Islamophobia, in which Muslim self-defense is presented as equivalent to state violence or violence of clearly more powerful groupings. Her lack of interest in an unpopular cause has meant that she has turned a blind eye to what is happening on her doorstep Aung San Suu Kyi has alarmed and disappointed many across the globe, but her position makes it clear once again that conventional positions of left and right are useless in defining Islamophobia. Islamophobias can be from the left or the right, can be Muslim or non-Muslim can be black or white, can be rich or poor. At stake in Islamophobia is a view that demands that Muslims reject any political agency, reject any possibility of acting in a concerted manner to improve their communities and societies. The tragedy of the Rohingyas even when Muslims are not political, is that they are subject to the most vicious pogroms. In 2013, the OIC sent a delegation to investigate the persecution of the Rohingyas, including Ahmet Davutoğlu and the-then Secretary General of the OIC Ekmeleddin İhsanoğlu. Muslim civil society organizations throughout the world have a duty to ensure that the plight of the Rohingyas is well-known, and that these Muslims are not allowed to be ethnic cleansed in silence. If in Ramadan, we cannot spare a thought for those who are suffering, when will we ever find the time or energy?