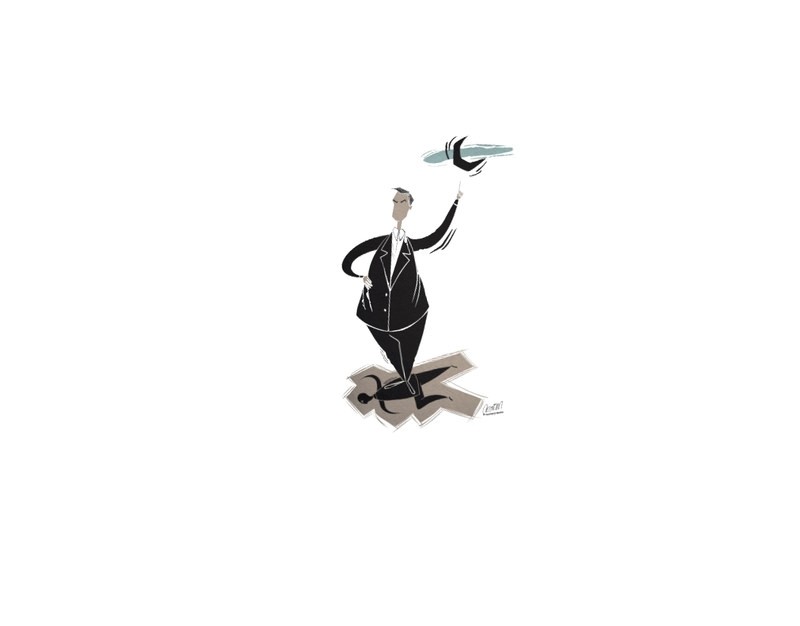 Cameron's latest speech on extremism, parroting the historic neocon principle of engaging in wars and occupations of Muslim lands, shows how little the West has come to understand the consequences of its actions in foreign adventures and how little it has changed its attitude of Muslims since the 19th century

On the July 20 Cameron gave his "Struggle of our generation" speech in which he outlined his latest plans to defeat what he called Islamist extremist ideology. He compared it to other great threats of the past like communism and fascism, conveniently forgetting that these were European ideologies and threats not emanating from the Muslim world.

So pointing the finger of violence at Islam, the Prophet Muhammad and the concept of jihad, while conveniently forgetting one's own, is a very old Christian attitude and tradition. Its modern resurrection occurred during the era of U.S. President Ronald Reagan in the late 1980s when the ideas of the green threat of Islamic fundamentalism replaced the red menace of communism, invented to justify U.S. intervention in the Muslim world. This theory was developed primarily by Christian and Zionist extremists often called neoconservatives. Perhaps the term "zio-cons" would be more appropriate. Sadly, some Muslims have signed up to these theories.

Since the 1990s the theory has developed to encompass indigenous Muslim communities and their Islamic values, especially if they have an alternative political analysis and disc

ourse, as a threat. They do this, just as Cameron did in his speech, by constant reference to unnamed "extremists" who practice unspecified extremism, the ideas of which are opposed to undefined fundamental British values.

These extremists are indoctrinating youngsters through a process of radicalization, the signs of which can include becoming more religious such as growing a beard, starting to pray or starting to wear hijab, supporting sharia or even not celebrating Christmas. More worrying, this identification process called Prevent has now become a legal duty on most public sector institutions and extends all the way down to nursery-level children. There have already been cases where children who have expressed sympathies for fellow Muslims in Palestine or comment on the Muslim world or said they wanted to pray, have been identified as "at risk" and referred for de-radicalization. It is no wonder that some non-Muslims are already calling this a type of McCarthyism and some Muslims are now referring to it as the "British Inquisition," a modern reincarnation of the Spanish Inquisition.

One of the hallmarks of any prejudice and stereotype, including anti-Islamic ones, is that they are factually incorrect, inconsistent or identity in others aspects of their own behavior. Cameron's speech, for example, sees the Muslim world through the lens of violence. For him the history of violence begins on 9/11 as if it was a Muslim invention. He forgets that Europe's entire history has been littered with violence often of the most barbaric kind with the most horrific killing instruments invented by man. Much of that violence has been aimed at the Muslim world. The West still engages in wars and occupation of Muslim lands.

If there is a threat in the world, both military and ideological, it is coming from the U.S. and Europe and its allies. There are no Muslim warships or armies facing the West. There is no Muslim air force or drones flying over Europe dropping bombs wreaking death and havoc in the West. Communism and fascism both had military machines and invaded and occupied other people's lands. Muslim are not occupying parts of Europe.

"And like any extreme doctrine, it is subversive. At its furthest end it seeks to destroy nation-states to invent its own barbaric realm. And it often backs violence to achieve this aim ..."

In this extract, Cameron identifies the behavior of the West accurately. The West has been destroying and subdividing nations throughout history, not Muslims. More recent examples include the Uthmani Khilafah, India, Palestine, Bosnia, Sudan, and Iraq, to name a few. It is the West that is seeking to impose its values on the entire globe, through force if necessary. It praises democracy but destroys any attempt by Muslims to establish it, as in Algeria, Egypt, Palestine and elsewhere. It supports not those who live by the rule of law but those who choose the rule of war against their own people.

Cameron refers to Muslims who believe in conspiracy theories about 9/11 and Israel as a barometer of extremism. Yet he forgets that the architects of these conspiracy theories are in the U.S. in the form of right-wing Christian extremists. Most of all, the green war theory and script that he has delivered is itself described as an "international Islam" conspiracy theory.

And if any Muslim dares to talk about "khilafah" (caliphate) or a political union of Muslim peoples across lands, then that is a dangerous concept and extremist idea, which, according to Cameron should be prevented from being expressed in public under his latest proposals. If your foreign policy is about subdividing nations then it is easy to see why that idea is a threat.

No one denies that there is a threat of politically motivated violence in Europe, but it is entirely a reaction to Western intervention in the Muslim world and it is the act of individuals, not armies. To raise this threat to the level of fascism and communism, and an existential one at that, is not just a conspiracy, it is delusional at the least and, at worst, a justification for continuing Western violence and aggression in the Muslim world. To talk about violence in the Muslim world being caused by ideology is a bit like identifying the symptoms without diagnosing the underlying condition. Unfortunately, political change and the resistance to it is often accompanied by violence.

Cameron said that the threat is no longer a violent one, but non-violent. He now wants to go much further with new laws. These will ban groups, issue extremism orders against individuals deemed extremist and stopping foreign broadcasters and media from expressing extremism, by which he means any analysis that challenges the Western one and shows the impact of foreign policies in the Muslim world. He wants to stop people from not just expressing alternative ideas against British values at universities and in private venues that he will ban, but through Prevent he wants to stop them thinking them in the first place.

He says this is an ideological struggle between extremist values and British values. He wants to defend British values, which he says are freedom of expression, association, belief and rule of law, by restricting all these things for Muslims and criminalizing them for engaging in little more than thinking and speaking. This is not just a thought crime, but a pre-thought crime.

"Second, as we counter this ideology, a key part of our strategy must be to tackle both parts of the creed - the non-violent and violent. This means confronting groups and organizations that may not advocate violence, but which do promote other parts of the extremist narrative," Cameron said.

He went further by defending why he is targeting extremists - read Muslims - and behaving like a grand mufti of Britain, telling us about his plans to reform Islam. Essentially he was saying unless you are a Muslim in our image and think like us and agree with us, you are not a true Muslim, and we are only going to openly support the ones who think like us while outlawing and excommunicating the others. It was Cameron's declaration of "kufr" on those Muslims who do not agree with his ideas and values. Someone with a good knowledge of history might respond that is exactly what he has been doing throughout his time as prime minister.

"But simply denying any connection between the religion of Islam and the extremists doesn't work, because these extremists are self-identifying as Muslims," he said.

"These reforming voices, they have a tough enough time as it is. The extremists are the ones who have the money, the leaders, the iconography and the propaganda machines. We need to turn the tables. We can't stand neutral in this battle of ideas. We have to back those who share our values," he said.

Tough times ahead for British Muslims

Cameron's speech, or more appropriately, political theory, all 5,564 words, was a green war script prepared by neocons. The fact that even some respectable British newspapers praised it in their editorials simply shows how deep-rooted these ideas have become in European societies and the challenge ahead for Muslims to dissect and overcome them. We will also have many legal and political struggles ahead of us.

Thankfully, there are many non-Muslim academics and civil society activists who understand this struggle and are on our side. That gives us hope. But what we also need is for Muslims across Europe to support each other in this struggle against this rising tide of anti-Muslim sentiments and stereotypes, which are not just restricted to politicians, but have become mainstream in attitudes and laws.

A long time analyst, writer, thinker and expert in the affairs of the Muslim world and violence and security based in the U.K
Last Update: Feb 18, 2020 6:39 pm
RELATED TOPICS