Cosmopolitanism of the female pilgrim 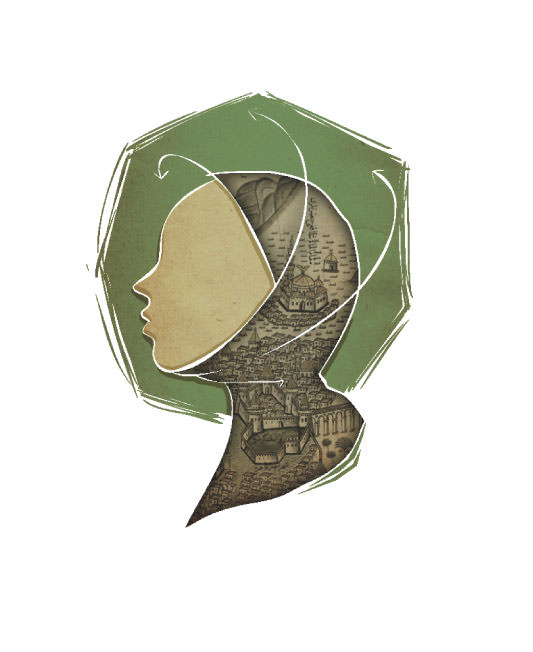 Women have been traveling for centuries although the memoirs of female travelers, especially the Muslim ones, have not been recounted so often. Among women's travel experiences, pilgrimage journeys in particular, occupy a remarkable space

Women have been traveling for a very long time, and yet compared to men's travel, written accounts of these travels are scarce, and even fewer are published today. Many of these travels, as is the case for men, have been for pilgrimage purposes. The European female travelers we tend to talk about today, such as Gertrude Bell and Freya Stark, traveled through the same places that female pilgrims do, but for imperial, rather than spiritual reasons. However, we have to remind ourselves that Muslim women had been traveling in the region long before the arrival of the daughters of the British Empire. Muslim women going on pilgrimage today are seldom spoken of in the same congratulatory terms as women who travel for leisure or to seek new experiences. In fact, in the last few years women travelers' experiences in Mecca and Medina have been portrayed as quite awful, which begs the question of why women continue to flock to these places. While I don't deny the sexist experiences that some pilgrims go through, there is a whole other positive, life-enhancing experience open to the Muslim female traveler when doing Hajj or umrah.

When I first traveled to Mecca with my mother, who had already been there for Hajj, and whose first flight ever was to Mecca, it was already the massive construction site that it is today. When I saw people of all colors dressed in all manner of fantastic clothing entering and exiting the Haram complex, riddled as it was with dust, noise and madness on a rocky, lunar landscape, I turned to my mom and said, 'This looks like a space station," to which she, confusedly, replied: "What did you think? We are all aliens," hitting a crossroad I was to arrive at some years later. My mother had already experienced the multiculturalism of Mecca and formed notions of the different kinds of Muslims that visited the town. As with all Turks, her favorites are the Malaysians and Indonesians for their soft manners and clever use of lace, their dresses calling to mind all the dowry pieces Turkish women knit so diligently to dress if not themselves, their furniture. Mecca and Medina look, for all purposes, like a big fancy dress party. In a few days you will see the women you've traveled with in different styles of clothing. It takes no time for them to appropriate each other's styles, to a more or less functioning degree. The clothes are so variable and gorgeous that all the secular talk seems to revolve around what people are wearing. In an elevator two Pakistani women size me up in the nicest way possible: "Your clothes are Pakistani but your face isn't," one of them says. The other said something in Urdu about Morocco. The jury is out for a few more minutes before I tell them where I am from.

With the Turks there is an urban and Anatolian divide, and you can tell the Anatolian teyze (auntie) a mile off with their yeleks (vests), to be worn at all times against our national nemesis, the cereyan (draught), which the Haram provides much of with its unremitting fans. Anatolian style is the least feminine of all among pilgrims, and the teyzes look like they're ready to do an honest day's work in the field: no frills, no overflowing fabric (Women of Chennai, I salute you!). The Turks in general also tend to have the smallest hijabs. Decades of aggressive secularism or practicality to look like they are working in the field?

The sheer number of these Turkish teyzes traveling alone is quite striking. Most of them are over the age of 50, reminding us of the ageism of travel rhetoric; after a certain age your travel doesn't count as travel. I do not have the numbers, but more Turkish women unaccompanied by a male must be traveling to Mecca and Medina rather than to any other place in the world. In many cases, they have saved for years to come to this place and can't be bothered to convince husbands who are still too much entangled in worldly business to tag along. It is a delight to see these teyzes in action. Teyzes, who in Turkey, would tell you to pray where the men can't see you scramble for the place between two gentlemen to perform their after tawaf prayers, right behind Maqam Ibrahim. I tell myself that this zeal for proximity to the Holy place is where Islamic feminism will take its root. Quite independently from the mosque attendants, women claim certain sections of the complex with a good view of the Kaaba. When a stray man comes and sits among them, some try to shoo him away in a plethora of languages. Some adopt him as a brother and ask him to pass them Qurans-two different strands of feminisms right there! On the entrance to the complex there are doors that are marked "Entrance for Women," which in Mecca at least, remains wishful thinking on the part of the Saudis. Some women in niqab have children trailing after them, and I find myself trying to reconstruct what the woman looks like from the clues I get from the children. The ritual part of the umrah and the hajj ends with pilgrims cutting each other's hair. This is a very intimate moment when a woman you don't know reaches under your headscarf, holds a lock of hair, cuts it and hands it to you and you do the same for her, discovering what color it is in the process. These days one notices the absence of Iranian women with their regal chadors, no doubt due to the Yemen war. There are other women, absent in body but present in spirit, in their children's or husband's prayers; one tattoo I saw on a man's arm read "Dieu et Mere avant tout."

On the bus from the airport male guides will always tell you that Mecca is the place of hardship and that Medina is the home of ease. The women, however, experience it the other way around. Whereas there is no gender segregation during tawaf around the Kaaba, visiting the Prophet's tomb, house, and garden in Medina is extremely restricted for women. In the Mosque of the Prophet, I hang out in the same area as an Egyptian auntie. She asks me when magrib prayer is. I am awful with Arabic numbers and try to show with fingers. The Indonesian ladies next to her, to whom the Egyptian lady and I must have looked like we came from the same part of the world more or less, giggle in disbelief. One of them points to us, then to her mouth and makes a negative sign. She finds it amusing that we have no tongue in common. I would have, had I not spent a summer in Jordan trying to learn Arabic. As we are laughing a little Chinese girl, maybe six years-old, comes towards us and completes the fancy dress party picture with a flowing, yellow dress, her hair done exactly like Princess Leila. Mom is of course always right. We are all aliens: Stranded on earth, trying to connect to where we originally came from.