The puzzling case of the MHP 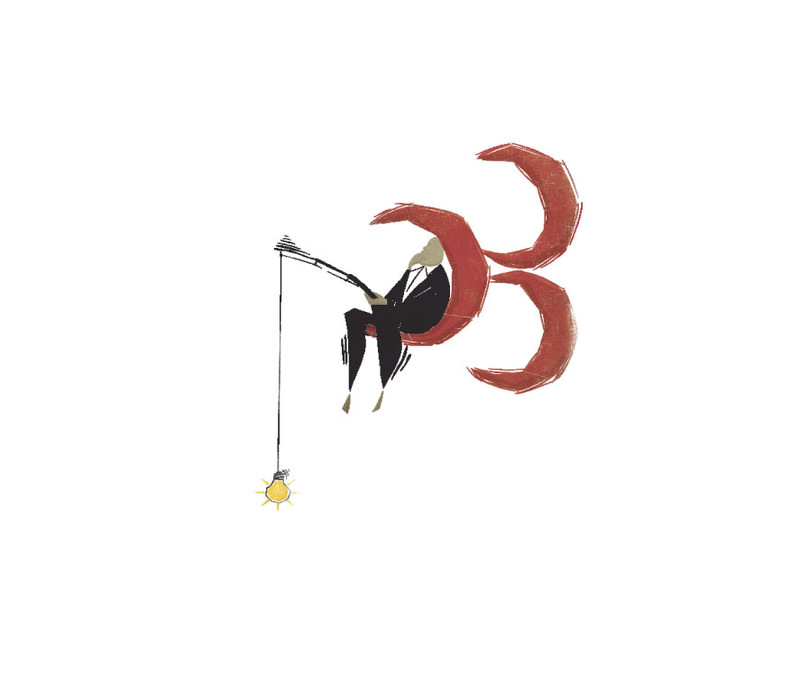 Despite finally getting the opportunity to become part of a government after 13 years in the wilderness, the MHP's vague stance over forming a coalition persists, due to conflicting objectives between seeking office and votes

The position of the Nationalist Movement Party (MHP) in the search for a coalition government has become increasingly puzzling ever since election day. How can we make sense of the confusing, and at times downright contradictory, statements coming from the party?

It is a challenging task to write about where the MHP stands while Turkey searches for a coalition. Are they willing to negotiate with the Justice and Development Party (AK Party) to form a government or not? By the time this piece is published, there will have most likely been a few more inconsistent declarations from the party to answer this question, adding to the ever-growing confusion since the June 7 elections.

There is no need to go that far back to find an example to support this argument. Only as recently as last week, MHP Chairman Devlet Bahçeli puzzled everyone again within a matter of hours. On Thursday, while the coalition talks between the AK Party and the Republican People's Party (CHP) were proceeding in Ankara, Bahçeli was away to speak at the MHP's Provincial Consultation Meetings. As the leader of the party that had rejected any coalition prospects with the AK Party, he told members of his party in Yozgat that the MHP was ready to take governmental responsibility and to form a coalition with the AK Party, subject to a number of preconditions. One of these preconditions was that the PKK should lay down arms.

This speech was soon widely reported in the media, as it referred to an important shift in the position of the MHP. "Nationalist MHP leader changes tact, winks at coalition talks," read the front page of Daily Sabah over the weekend. However, this change of tact lasted only a few hours. On the way back to Ankara, talking to journalist traveling with him, the MHP chairman again rejected forming a coalition with the AK Party or supporting an AK Party minority government. Upon being reminded of what he just told party members in Yozgat, Bahçeli apparently declared yet another precondition for a coalition: Swearing on the Quran in the presence of the head of Presidency of Religious Affairs. On the following Monday, Daily Sabah's front page was telling enough: "MHP's Bahçeli reverts back to hostility toward coalition."

There are at least three aspects of the puzzle created by the MHP about their position on any coalition. First, as the most obvious one, there is the swing between being open and closed to a coalition with the AK Party. Second, the preconditions put forward by the MHP remain unclear as their content as well as the numbers keep changing. For example, the MHP now requires not only the AK Party to end the reconciliation process, but also the Kurdistan Workers' Party (PKK) to lay down arms. It is hard to see how the latter, a 30-year conflict that is not up to the AK Party alone to end, could possibly be a precondition for negotiations with the AK Party.

Finally, there is a third aspect of the puzzle, where the position of the MHP's party leadership seems to differ from the rest of the party. Contrary to declarations from the party leadership, statements from unnamed MHP "sources," as often reported in the media, have been more positive about being in a coalition government since the elections. From this point of view, it may not be a coincidence that Bahçeli's speech for the party members portrayed himself as open to coalition negotiations, whereas he had a different dong with journalists. This supports the suspicion that the MHP's backbenchers and local branches are in favor of a coalition with the AK Party despite the refusal of the party leadership. If these suspicions are correct, the clue to solve the puzzling case of the MHP might be hidden right here in this third aspect.

The last time the MHP was in the government, as one of three coalition partners, was 13 years ago. This is the first time many existing members of the party have come this close to being in the government, and if it is to be missed, there is no guarantee that this chance will come up again in the next 13 years. This is a very long time in politics, especially in Turkish politics, and it may well exceed the political career of many MHP deputies and other members. At least some of them must be finding it hard to understand why their party is missing the opportunity to be in a government.

There are often trade-offs between the office-seeking and vote-seeking goals of parties. Despite the opportunity to be in government after 13 years, the MHP leadership might be worrying about the votes that this opportunity could cost them in the next elections. There are many such examples where smaller parties in coalition governments have suffered electoral losses. Remember, for instance, the fate of British Liberal Democrats last May, when they went from 57 to eight deputies in Parliament after five years in government with the Conservatives.

Therefore, creating a puzzle might be a strategic move for the MHP to deal with the trade-offs that the party faces. A vague position with respect to their willingness to form a coalition government helps the MHP leadership to hold the party together by pleasing everyone simultaneously. On the one hand, a clear position that is for a coalition with the AK Party would alienate those party members and voters who are against such a move. On the other hand, a position that is absolutely against being in a coalition would distance those who worked hard for the party in the last 13 years to come so close to being in a government.

Early elections would be a good test to see whether this strategy works for the MHP. Nevertheless, it is possible to foresee that, with the change in the AK Party's position on the reconciliation process, there are challenging times ahead for the MHP. Now that even less separates the MHP from the AK Party, a possible early election is likely to show a swing away from the MHP toward the AK Party, as voters might prefer the party that actually takes responsibility rather than the party that is vague about being in government at best and that rejects it at worst.

Resul Umit is a Ph.D. candidate in political science at the Institute for Advanced Studies, Vienna
RELATED TOPICS