Empire of money, power and prayer 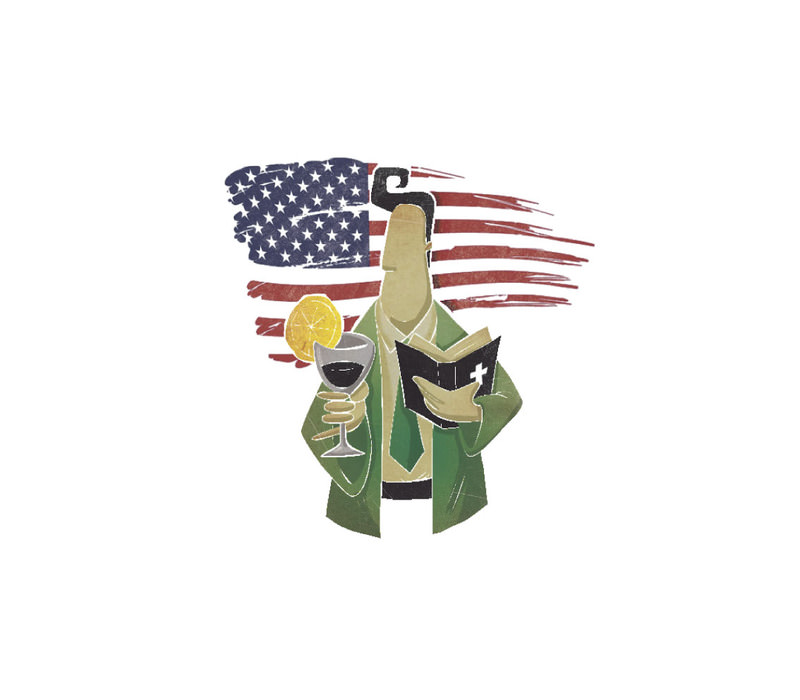 What today's representatives of Evangelical missionary congregations do is to increase their wealth through telling millions of people what they want to hear, promising to use their healing powers, God's miracles and divine love

On a warm evening at Yankee Stadium, nearly 60,000 people patiently wait. It is a night of hope. Except, not for the Yankees. The event, for the record, has nothing to do with the 27-time World Series champions winning another title or beating their rivals. What brings so many people together is the hope of being a little closer to God - by listening to the masterfully crafted words of famous American televangelist Joel Osteen. Before further delay, Osteen takes the stage, his attitude more closely resembling a pop star than a pastor. The crowd, having eagerly awaited the sermon, cheer. The Texan's expensive suit, cool hairstyle and attractive figure misleads one to believe that he is about to start singing a romantic song from his latest album. The crowd, by the way, treats him as nothing less. Instead of romantic songs, however, Osteen's tools of the trade consist of motivational speeches about God's love, hope, healing and resurrection.

The Night of Hope event at Yankee Stadium took place last June, but the pastor has been putting on a show every week at Lakewood Church, which has had a weekly attendance of 43,500, for years. The facility, which looks like a concert hall more than anything else, brings together thousands of people to watch Joel and his wife, Victoria, while laughing, crying and singing. Unlike his father John, who founded the church in 1959, a young Joel wanted to pursue a career in television, but he had no choice but to inherit his father's religious empire when John passed away. Had Joel turned his back on his father's legacy, he probably would not have been quite as famous. Neither would he have had a net worth of $40 million, nor a $2 million mansion or a Ferrari.

Joel Osteen, 52, whose passion and powers of persuasion have helped him reach millions of people and to even appear on Oprah, is essentially a product of the American lifestyle, which means living large, even when it comes to religion. Despite his popularity, Osteen is not alone. He is but one of several hundred evangelical pastors delivering sermons across the country. Today, America sets the stage for a universe of faith and oration where dozens of televangelist super stars lead millions of devoted evangelicals. Although the world largely sees evangelical Christian as a group of extremists trying to bring about the apocalypse, they have a more colorful and love-oriented worldview than former President George W. Bush showed toward Afghanistan and Iraq. It is a world where charismatic preachers with "healing" powers "speak to God" and tell people what they want to hear - divine love, God's miracles and the idea of a mankind without limits.

The revolution will be televised

Across the U.S., a large number of evangelical congregations have emerged around charismatic preachers, some of whom have attracted millions of followers thanks to their powers of oration and networking skills. Evangelical preachers, who appear on television and radio shows to take their business to the global level, try to spread a message of hope to the masses, which translates into donations and merchandise sales to create a network of economic interests.

Some preachers who attained a certain level of popularity by appearing on television came to be known as televangelists. The radio, however, was the first channel of mass communication that helped most evangelists spread their message beyond their respective churches and congregations. Since the early days, evangelical preachers talked about more than mystical and moral issues on radio shows. Charles Coughlin, one of the most famous radio-age evangelists, not only spread hope to the American people in the 1930s, but also engaged in anti-communist propaganda. In subsequent decades, evangelical super stars learned how to use television and radio to communicate religious messages and engage in missionary activities most effectively. In the 1970s and 1980s, the rise of evangelical Christianity in the U.S. led to the emergence of modern-day televangelists, who no longer appeared on TV shows, but actually established their own media networks to attain greater political influence. Televangelism soon spread to Latin America and gave rise to multinational channels producing high-quality programs featuring miracles and impressive sermons. American preachers who walked across the country during the Great Depression to address the faithful, thus found a way to expedite the process.

Billy Graham was one of the most popular evangelical preachers who also happened to exert a lot of political influence. In his time, Graham was close to several popes and figures such as Martin Luther King Jr., and he had particularly close ties to President Richard Nixon whom, it turned out, had helped sideline Jewish media owners. Many people, meanwhile, criticized the man for being too close to Catholics. Graham also was a mentor to Presidents Dwight Eisenhower and Lyndon Johnson. He famously said that he used the White House like a hotel and that the president was working hard to keep him around.

Evangelical preachers have also been prominent figures in the White House more recently, which, for the record, was unusual for a country built by Protestants and with significant room for religion in the political arena. They reached the height of their power, arguably, under President George W. Bush, a former alcoholic who not only turned to religion, but also came to see himself as the spiritual leader of 500 million evangelicals. At the time, even the U.S. Congress had started to host evangelical preachers, including James Kennedy and Jeremy Bouma, as well as lectures by conservative academics. The power that evangelists accumulated under Presidents Jimmy Carter, George H. Bush and George W. Bush turned them into global policy makers.

God and Jesus: A lucrative business

The growing power of evangelical preachers in politics and media translated into economic influence. Although there has never been a consensus over investors' merits in the afterlife, it was impossible for any popular phenomenon in the U.S. to not talk about Jesus and the Bible. Jesus had won elections for politicians, made people famous and turned clergymen respectable. Now, he was making money for evangelical preachers. When Billy Graham, who founded the Evangelistic Association, died a few years ago, his net worth was well over $25 million. Benny Hinn, the American-born Israeli evangelical preacher motivating millions of people around the world, has a fortune of $40 million. Creflo Dollar's chain of motivational centers in the U.S. made $27 million for him, but faced serious criticism for asking his followers to collect $65 million in donations to buy a private jet. His response? "You cannot stop me from dreaming!" Meanwhile, Florida evangelist Dr. Cindy Trimm moved from preaching to the U.S. Senate and reached a net worth of $15 million. Nobody, however, has anything on Chris Oyakhilome, who established the Nigeria's Christ Embassy, whose congregation includes 40,000 of the country's most influential politicians and business people. Oyakhilome has a net worth of $50 million today. Meanwhile, Nigeria's David Oyedepo and Texan T.D. Jakes have $93 million each.

At the end of the day, the business of missionary entertainment that talks about God's bounty has brought not only endless hope to millions of people but also made a fortune for preachers and pastors. The popular interest toward evangelicalism reached beyond the U.S. and grew in places like Latin America and Africa. In Brazil, a number of children ended up on the stage in an effort to contribute to the family budget. In the Islamic world, particularly in Egypt and Pakistan, Muslim televangelists entered the business to attain notable fame.
Last Update: Aug 13, 2015 2:12 am
RELATED TOPICS