Kurds in Turkey and Syria gambling in the shadow of Iran 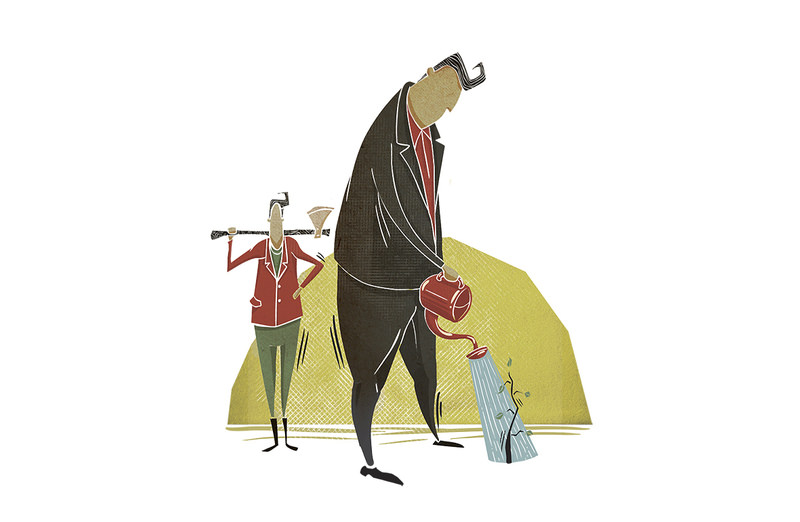 Iran again takes to the stage to have its presence felt in the region. However, the one thing Iran ironically or deliberately misses is that militarily supporting the PYD which fights together with the Assad regime causes terror to spread

There have been violent demonstrations increasing after the June 7 elections in Turkey and more than 300 terrorist incidents by the PKK to break the cease-fire and reconciliation process unilaterally. The process was broken off sentimentally due to the Kobani incidents and it has given way to rationality with the Suruç massacre. Then crossfire of the Islamic State of Iraq and al-Sham (ISIS) and the PKK stoked all of it. Turkey's airstrikes on PKK camps in northern Iraq in response to the first attacks annoyed both the Kurdish Communities Union (KCK) leadership and Syrian Kurds. Syrian Kurdish progress toward the formulations of cantons and their useful warrior profile against ISIS are changing regional policies. Turkey is subject to criticism due to its exclusionary attitude toward Kurds outside the country. Iran's nuclear treaty with world powers and its more moderate policies toward Kurds outside Iran are making way for dialogue with Syrian Kurds. In addition, the claims that the PKK leadership in northern Iraq's Qandil Mountains escaped to Iran received media coverage. Iran's inclusive attitude leads Turkey to a dead end. While Ankara does not want to fall into error on its Kurdish policy in northern Iraq in the previous period, it is looking for the ways to struggle with every actor. The Turkish government says that it does not regard the Democratic Union Party (PYD) as an enemy and it was inevitable for it to collaborate with local groups of PYD on moving the Tomb of Shah Süleyman in Syria.

The PYD and the southern Lebanon model

The PKK's targeting petroleum from Iraqi Kurdistan drew a reaction from the Kurdistan Regional Government (KRG) there. With this attempt, Iran took aim at KRG President Masoud Barzani through the PKK leadership. Those in the Qandil Mountains force the KRG in Irbil to undertake petroleum trade via Syria by cutting off the pipeline route in Turkey. Ankara, on the other hand, came to terms with the U.S. government on a safe zone on the border in order to both lighten the refugee burden within its boundaries and prevent potential immigration. Although it is not known in detail, Turkey made a deal on a region to be cleared of ISIS and other terror organizations in return for the U.S. to be able to use İncirlik Air Base. However, Ankara does not currently have a plan for the PYD. U.S. officials consider the PYD's armed People's Protection Units (YPG) capable of fighting ISIS as a local force to be used in the fight against terrorism. Therefore, it ignores the relationship between the PYD and Syrian President Bashar Assad and Iran. The best example for this is that the PYD processes oil in the town of al-Hasakah and sells it with the regime.

Ankara is neutral on the PYD for now. Although the details of the safe zone are not known in terms of content, a "southern Lebanon" model protecting the border security of Israel in the previous periods is the best example. It is hard to know if the southern Lebanon model is Ankara's priority. It was brought to the agenda when the Turkish Armed Forces (TSK) organized Operation Çelik in northern Iraq. In the main, Israel went 40 kilometers inside and created a buffer power called Southern Lebanese Army by using the excuse that Hezbollah was posing a threat to the integrity of the state. It is known that such a plan is appropriate in terms of international law.

This plan is also applicable in Syria for an area of 10 kilometers to 30 kilometers. It is possible to prevent a new wave of immigration, place the moderate opposition, continue the train-and-equip program and expand the region in a way to cover Syrian Turkmens, Kurds and Arabs along the west-east line. Thus, ISIS will be excluded from the safe zone and it will be expanded. It is probable that the PYD, the PKK's Syrian affiliate, will not be inclined toward this plan. Although the U.S. agrees with this plan, it is concerned about trust. Washington is not totally for a safe zone as rehearsed in Atmah. The civilian population in Atmah was attacked by coalition warplanes and a Srebrenica message was given to Turkey with regard to the probable safe zone.

The presidential election in Iraq Kurdistan Barzani's future is of importance. The KRG administration, having pleasant relations with Ankara, also cooperates with the counter-ISIS coalition.

The KRG's peshmerga forces, which were sent through Turkey to prevent Kobani from falling to ISIS, revealed President Recep Tayyip Erdoğan's relations with Barzani. Iran, which is turning the change of the Kurds in the region into an advantage, has become a third party to this relation. Deviation by Turkey from its policy on Kurds and its challenging attitude gave Iran opportunities. Relations between the Kurdistan Democratic Party (KDP), the ruling party in the KRG, and Ankara began to improve toward the end of 2007. The Barzani administration provided political support for the 2009 Habur incident. Barzani repeated his message that armed struggle had come to an end. Thus, serious separation between the northern Kurdistan government and Iraqi Kurds were eliminated. Imprisoned PKK leader Abdullah Öcalan remarkably gave moderate messages after 2013. In 2015, Öcalan has become a symbol and the PKK leadership in the Qandil Mountains dominated. The PKK leadership, which was backed by Iran, attacked Turkey with great power. Iran intervened in the reconciliation process with its inclusive policies and keeps hold of its relations with Kurdistan. The intimate relation between the Kurdistan Patriotic Union (KYB) led by Jalal Talabani and Iran is the best example of this. In addition, Iran provides indirect support for the PYD by giving heavy weapons to the KRG's peshmerga forces and, particularly, to the KYB. Iran's influence on the Kurdistan region is not limited to this. It managed to resolve the leadership crisis of the KYB through a transitional council. It led the drive of the Change Movement, which was founded by splitting with the KYB and has become a strong opposition. On the other hand, Tehran criticizes Bazani's Syria policy. It considers the Barzani administration to be discriminatory in its relations with the PYD. Therefore, it bravely sides against Barzani's policies through the KYB.

Iran and the PKK factor

The PKK's attack on Turkey from the Qandil Mountains, bypassing Öcalan, is the reason taking credit for itself in the conjuncture. The fact that Ankara, which is alleged to support ISIS, attacks both ISIS and the PKK at the same time bursts the bubble of Erdoğan's opponents. In Syria on the other hand, the regime, the U.S. and Iran focus on ISIS. U.S. officials consider the PYD a local military force and want to keep it a part of the coalition. Thus, it makes room for the YPG and aims to attack ISIS with airstrikes in a narrow area.

The Rudaw news agency in the past few days reported the approach of Iran and the PYD along the border. The 24 tons of weapons the U.S. airdropped in Kobani were used by the YPG and most of them were transferred to the Qandil Mountains. Iran, which is unable to provide weapons aid without KRG permission, criticized Turkey. In addition, it is claimed that representatives of the KYB-Syria extension and YPG met and made plans for Rojava's future. Iranian President Hassan Rouhani's statement that "ISIS would go into Irbil but for Iran," indicates who is supported by Iran in Syria and Iraq.

Iran's collaboration with the PYD is much more indirect. The YPG fought together with the Assad regime in al-Hasakah for a long time. In special meetings, the PYD did not hide the fact that they may consider the Assad regime an ally against ISIS. Iran also makes its presence felt in the fight against ISIS through the PYD and Assad. Iran embracing Kurds outside its borders is killing the Kurds in its borders. Iran clearly expresses its attitude toward the PKK through the Qandil Mountains. Although the PKK tried to take advantage of the situation through the support of both the U.S. and Iran, it was unable to gain anything. The PKK is known to take the resistance in Palestine as a primary example and made a Marxist interpretation of it. However, it is not possible to take steps toward democratization in Turkey as Hezbollah does both by politics and arms. For this reason it is important to question in which direction PKK transformation evolves. The fact that Peoples' Democratic Party (HDP) Co-Chair Selahattin Demirtaş saluted the resistance through Hezbollah-affiliated channel Al-Manar raises the question of if the HDP pursues the Hezbollah model in some way. Thus, hawkish Kurds in Turkey and the Qandil Mountains blinked at Iran.