The interpretation of Kurdish votes in Turkey's recent elections 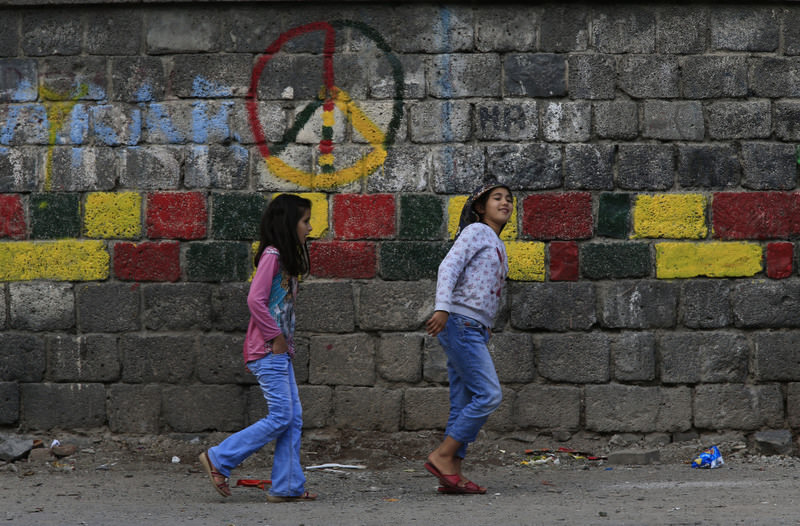 Kurdish identity in Turkey was stigmatized and denied in the past. Kurds were not even allowed to be represented in Parliament because most pro-Kurdish political parties were consistently shut down by the Supreme Court for alleged links with the outlawed PKK up until 2009. However, the Kurdish people now seem to play a determining role in Turkey's elections, and they help to shape the political landscape of the country, which makes them a powerful actor in Turkish politics. This could be seen in the last two general elections held on June 7 and Nov. 1. This piece will compare the choices of Kurdish voters in these two elections and try to understand the reasons behind the change in their votes.

In the June 7 elections, the pro-Kurdish People's Democratic Party (HDP) received 6,057,506 votes, securing them 80 deputies in Parliament, whereas they got 5,144,148 votes in the Nov. 1 snap election, resulting in the loss of 21 HDP deputies compared to the earlier election. It is, therefore, obvious that the HDP was one of the losers in the latest elections, while it was one of the winners in June. The party lost almost 1 million votes, which nearly caused it to fall below the 10 percent national election threshold. So the question is who changed their minds and did not vote for the HDP on Nov. 1? We know from the media that some leftist Turks who had previously voted for the HDP in June had already changed their minds long before the elections because they declared that they did not like the HDP's position on PKK terrorism, but these are certainly not the only people who decided not to vote for the HDP in the snap elections. So what about the Kurds? If we look at the southeastern provinces, which are predominantly populated by Kurds, it seems that the HDP is still the leading party in 12 of them where they are most powerful, but despite this, they still lost votes in all of these provinces compared to the June elections. What is more, the HDP came second to the Justice and Development Party (AK Party) in the provinces of Kars and Ardahan after having come first in June. This clearly shows that the HDP lost a considerable number of Kurdish votes in the region.

On the other hand, having looked at the AK Party's performance in the same provinces mentioned above, it appears to have gained support in all of these provinces, which shows that Kurds who did not vote for the HDP voted for the AK Party instead. Previously, the AK Party had lost a significant number of Kurdish votes in the Kurdish-majority provinces in the June elections compared to the 2011 elections, which resulted in a landslide victory for the HDP in the region. However, the unofficial results for Nov. 1 show that the AK Party regained almost all of its support from the Kurds that it had lost in June. It appears that Kurds who normally vote for the AK Party had voted for the HDP in June because they wanted to give some sort of message to the AK Party. This might be explained by rumors that some of the Kurds in the region did not take to the lists of AK Party deputy candidates, and the AK Party seems to have learned from this, as it made some changes to the lists accordingly for the snap elections.

To understand the change in Kurdish votes over five months, we need to take a closer look at what has happened in the region since June 7. Soon after the HDP won a victory in June, the PKK started attacking and killing police officers and military officials in July, ending the ceasefire with the state. The Turkish military then retaliated immediately and declared a comprehensive war on the PKK. However, the PKK and its outlawed youth wing, the Patriotic Revolutionist Youth Movement (YDG-H), deliberately attempted to bring armed conflict to the heart of towns in southeastern provinces this time, aiming to implement self-rule in these towns. This new situation created by this tactical move, of course, affected people's daily lives directly more than ever, as the people in the affected towns witnessed the conflict closely. They were also affected by the curfews that were declared by the local authorities several times in districts such as Cizre and Sur to prevent civilian casualties, while security forces were fighting these terrorist groups in the streets of the Kurdish towns. As a result of all these developments, Kurds found themselves at the center of the conflict.When the PKK renewed the conflict in July after the HDP gained most of Kurdish voters' support in the elections, I interpreted this decision as suicide, since there were a number of polls indicating that Kurds were quite happy with the reconciliation process and the peaceful environment it brought about in the region. It seems that most Kurds did not sympathize with the PKK in their new strategy, but it is not only the PKK, they gave a warning to the HDP as well. This is partly because while all of these events were happening in the region, the HDP repeatedly accused the caretaker AK Party government of restarting the conflict to regain nationalist votes, and it did this without condemning the PKK for its terrorist actions. Well, they do not even call it a terrorist organization, do they? Anyway, they further claimed that the "palace gladio" was, in fact, behind all of these games, referring to President Recep Tayyip Erdoğan. This was similar to the method used in the campaign for the June elections, as the HDP targeted Erdoğan, but it did benefit from it. I guess the euphoria of victory emboldened and tempted the HDP to create even more conspiracy theories about Erdoğan, but many people did not believe this propaganda and nonsense this time, as the PKK were explicitly assuming the responsibility for the attacks and events. As a result, Kurds disappointed both the PKK and the HDP and did not give them the support they wanted and expected. For example, when HDP Co-Chairs Selahattin Demirtaş and Figen Yüksekdağ announced that they would march toward Cizre when there was an ongoing curfew in the town, they actually expected that a large angry crowd would join them, but it did not happen, because most people there acted reasonably.

Having looked at the attitudes Kurdish voters, it could be said that a considerable number of people in the southeast want the reconciliation process back on the table, as they seem to be tired of the conflicts in their towns. The majority, at least, seem to miss the times when there was no conflict in the region. That is why there was a clear message to the PKK and the HDP from Kurdish voters in the latest elections. Let's hope they get it. In the meantime, what the AK Party government is supposed to do is to continue to implement required reforms to improve the rights of Kurdish people, such as education in the Kurdish language in public schools and to simultaneously fight those terrorizing the streets in the southeast. That the PKK ended the ceasefire should not mean that the reconciliation process is over.