Prevention of home-grown terrorism and extremism: The alliance of European cities and the Aarhus model 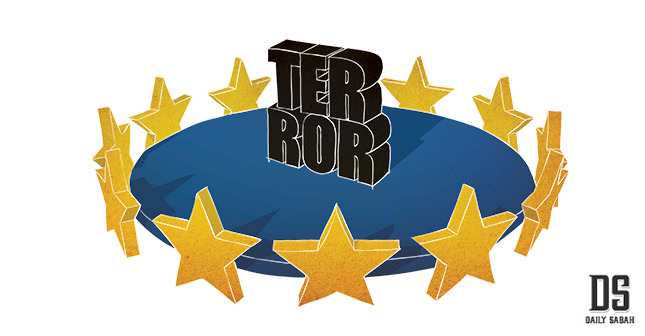 The Conference on the Prevention of Radicalization Leading to Violent Extremism has taken steps to remedy violent extremism and radicalism by setting up inter-city agencies to be able to better identify potential extremists and people prone to radicalization while making sure not to ostracize and group, ethnic, religious or other from society

With members from the Council of Europe's Congress of Local and Regional Authorities in attendance, Denmark's city of Aarhus, along with the Netherlands' city of Rotterdam hosted an important event on Nov. 18, titled the Conference on the Prevention of Radicalization Leading to Violent Extremism, in a bid to build an alliance of European cities against radicalization and violence. On the sidelines of the event, a delegation from the congress also attended a conference organized by the local authorities of Aarhus titled, "Building Resilience to Radicalization and Violent Extremism," on Nov. 19-20. Coming in the wake of consecutive attacks by the heinous and inhumane DAESH terrorist organization in Ankara and Paris, which claimed the lives of more than 200 innocent people in the two cities combined, these two crucial events sought to mobilize local authorities across Europe to prevent violent extremism at the local or grassroots level, the starting point of the problem, with a bottom-to-top approach giving due consideration to the notion of living together while respecting differences, the very notion targeted by the violent extremists in Europe.

Giving an opening speech at the conference, the congress President Jean-Claude Frecon emphasized this point when he said: "The attacks in Paris targeted young people, the generation who go to concert halls, in mixed neighborhoods where cultures meet, intermingle and intermarry. We will continue to promote this living together while respecting differences and respecting religions." Stressing the part that Europe's local authorities and elected representatives will play in the fight against violent extremism, he said: "In the some 200,000 local and regional authorities in the Council of Europe's 47 member countries, there are several million local elected representatives who are in direct contact with residents and have detailed knowledge of their areas and neighborhoods. These elected representatives form a great network looking after our communities."

Mayors, council members and local representatives from 22 European countries adopted a joint declaration at the end of the conference that called for concerted action by local authorities in close coordination with national governments as part of the alliance of European cities to fight extremism and violent acts committed by extremists. Highlighting the exceptionally important nature of the network formed by millions of mayors and local representatives in Europe through the congress, it declared: "This unique network of elected representatives can contribute, through its members' knowledge of their area and population, to an early warning system for any drift towards radicalization. We ask national authorities to systematically include local decision-makers in the drawing up and implementation of strategies that are being developed at European and national levels."

Leen Verbeek, the vice president of the congress, also made opening remarks at the conference in which he said: "The terrorist attacks we witnessed this year in Europe are examples of the terrible devastation that a refusal to understand and accept others can cause. This leads to an increased risk of polarization in our societies, as well as the stigmatization of some communities and propagation of hate speech." Stressing that early prevention and de-radicalization activities rather than repressive ones are the type of action that best suit the competencies of local authority he said: "In the congress, it is one of our top priorities and we adopted a strategy in March 2015 to combat radicalization at the grassroots level based on three pillars: Raising awareness, synergies with Council of Europe bodies and synergies with other institutions." He also underlined the importance of other work undertaken by the congress such as the integration of immigrants, intercultural and interfaith dialogue, urban crime prevention, the fight against racism and education for democratic citizenship in the effective implementation of this strategy. Calling on all participants of the conference and the members of the congress to continued their work against violent extremism by creating an alliance of European local authorities, Verbeek also said: "It will be a platform to facilitate inter-city cooperation on the prevention of radicalization leading to violent extremism."

The event, organized by the municipality of Aarhus and the East Jutland Police, focused on building resilience against radicalization and violent extremism with a multi-agency approach based on early prevention facilitated by cooperation with local authorities and communities. This approach is called the Aarhus model. Bringing together experts, practitioners, local representatives and politicians from more than 30 countries, the event was held as part of the Strong Cities Network initiative, a global partnership project to combat violent radicalization, and it provided a much-needed international platform for sharing experience and building bridges of cooperation and solidarity.

During the gathering, Aarhus mayor, Jacob Bundsgaard, gave information about the above-mentioned model. Stressing the importance of closer and even a formalized alliance of European cities and local authorities to take preventive measures against radicalization and violent extremism, he said: "This model is based on dialogue and a multi-agency approach involving cooperation between social services and the police, among other partners. The philosophy behind this is that no single intervention can stand alone. Another important aspect of our approach is that we've succeeded in generating broad political support for the shared set of values at the core of our anti-radicalization efforts. These shared values are based on the democratic principles of freedom of expression, respect for individual freedom, freedom of religion and equality. They are the foundations of our democracy and the framework for all of the city's initiatives and interventions. And naturally, they are accompanied by the individual citizen's responsibility to respect the law and the obligations of citizenship in our society."

A presentation made at the event outlined the main principles of the Aarhus model as proportionality, multi-agency, using existing possibilities, narrow expertise and widespread awareness. One of the key components of this multi-faceted model is the Infohouse, which is called the spine of the entire system. The suppliers of information for the Infohouse include nearly all of the actors of society from schools, the police, prisons, social services and youth clubs to nongovernmental organizations (NGOs), street workers, families and ordinary citizens. The information from these networks flows to the Infohouse through parents, social workers, teachers, youth club workers, outreach workers and the police. If there is a concern of people becoming radicalized, or a risk of radicalization, then these actors can directly contact the Infohouse, which is the frontline and initial contact point for the early prevention of radicalization and violent extremism. The Steering Group and the Task Force decides on early prevention measures using information from the Infohouse. These measures can be counselling, mentoring, social and psychological services or helping people to exit extremist groups. The risk factors defined by the model are exclusion, be it frustration, isolation or intolerance; poor living conditions; personal or social crises, and negative group dynamics. The factors providing early protection or resilience against violent extremism in contrast to these risk factors are inclusion, identity in purpose and meaning of life, care and strong social bonds, positive group dynamics and life skills. There were also other presentations at the event that shared the experiences of other countries in tackling violent extremism and the findings of scientific studies carried out in this context.

Combating violent extremism is a quite sensitive issue that requires keeping a delicate balance between democracy and security. In the fight against violent extremism through preventative and other measures, one thing must be given particular importance, as this fight should not stigmatize or ostracize any religious or ethnic community or minority and lead to the polarization of society. Acting otherwise will only play to the hands of extremist groups that use violence and to the hands of those using violent extremism as a pretext to advance their xenophobic and racist agendas across Europe. Any religion and its members, including Islam and Muslims, cannot be painted as the source of violence and extremism because of the terrorist acts of extremist groups using religious language. As one of the participants of the event said every religion has got its extremists and violent acts by marginal extremist groups cannot be blamed on an entire religious community or a religion itself. For the fight against violent extremism to reach a successful end, national governments throughout Europe also must harmonize their policies with local ones and get to the bottom of the problem, avoiding pitfalls in policymaking that will cause them to fall victim to the trap of xenophobia and racism.* Istanbul Metropolitan Municipality Assembly member, EU and Foreign Relations Commission chairperson