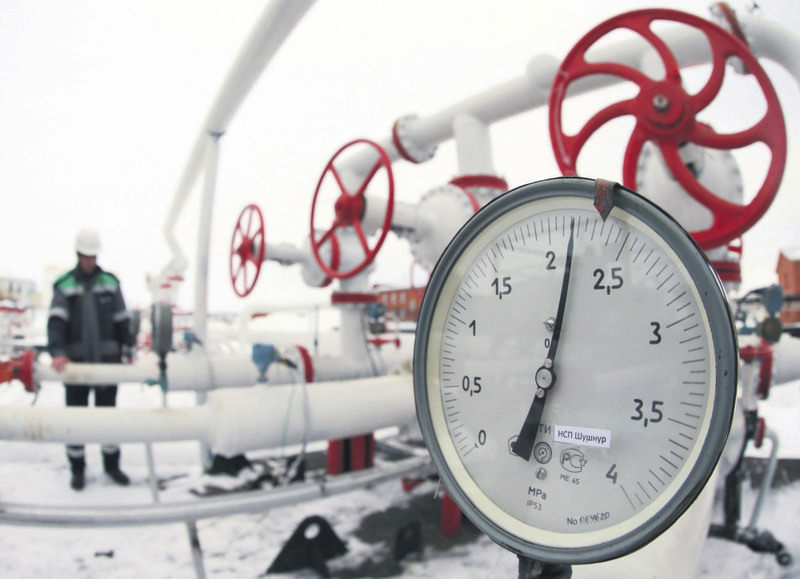 Russia will face billions of dollars in economic loss with a possible gas sanction on Turkey, which is the second largest trading partner in its energy market

While relations between Russia and Turkey were experiencing their best period in history after 2002, they reached an all-time high with a statement made by Russian President Vladimir Putin during his visit to Ankara in December 2014. Putin declared that the South Stream pipeline project would be canceled and that the Turkish Stream project would be initiated instead.

However, the eruption of the civil war in Syria was bound to create turbulence in relations between the two countries; it became clearer after a Turkish bomber crashed in the eastern Mediterranean Sea in 2012. The rising tension could be foreseen in recent months, as the two countries had different positions concerning Syria. The military support Russia provided to Syria has elevated diplomatic tension to a point of security concern after the border breach on Nov. 24 that resulted in the downing of a Russian military jet by Turkey.

Considering this tension's impacts on the economy as well as energy supply security, it will not only create serious risks and problems in the short-term, but is also expected that existing risks will be reversed for Turkey and have an adverse effect on the Russian economy as well as natural gas exports in the long-term.

Although the volume of trade between Turkey and Russia is quite high, the trade balance is to the detriment of Turkey to a large extent. According to 2014 data, total foreign trade volume between the two countries was about $31.2 billion. Turkey had a trade deficit of $19.35 billion owed to Russia. In the January-October 2015 period, the bilateral trade volume regressed to $20.4 billion due to sanctions imposed on Russia, the economic crisis and falling commodity prices. Turkey's trade deficit with Russia then decreased to $14.2 billion. When we consider that the total foreign trade deficit of Turkey in 2014 was $84.5 billion, 23 percent of the total deficit originated with Russia. Moreover, the amount Turkey paid to Russia for petroleum and natural gas in 2014 was around $12.8 billion.

TURKEY IS THE SECOND-LARGEST NATURAL GAS MARKET FOR RUSSIA

In the last two decades, Turkey had the second-fastest increasing electricity demand after China, and it paid utmost attention to natural gas conversion plants in the early 2000s to meet this demand, as those plants have low investment costs and short construction periods. Together with increased industrial consumption and urban gas consumption, it led to a sharp rise in natural gas demand in Turkey.

Turkey imported 49.26 cubic meters of natural gas from Russia in 2014, 54.7 percent of its total natural gas imports. Turkey does not have difficulty maintaining the total natural gas supply and demand balance, but it is hard to meet peak demand during the winter months.

The Trans-Anatolian Natural Gas Pipeline (TANAP) project, the most important link of the Southern Gas Corridor that is being realized by Turkey and Azerbaijan, will begin in Azerbaijan and reach Italy via Turkey. It will supply 6 billion cubic meters of additional natural gas supplies to Turkey starting in 2019. In the upcoming years, Turkey will have the opportunity to buy 15 billion cubic meters of extra natural gas.

At the same time, Iraq is scheduled to export 10 billion cubic meters per year of natural gas to Turkey as of 2019 after an agreement was made with the Kurdistan Regional Government (KRG) of Northern Iraq. The Turkish and Iraqi sides are still negotiating the terms and conditions of the project.

On the other hand, rich natural gas reserves in the eastern Mediterranean region will feed the Turkish market and European markets via Turkey. If relations between Turkey and Israel are normalized, offshore Israeli oil and gas fields are developed and a pipeline is constructed, Israeli gas can be included in Turkey's imported gas list within three or four years, approximately by the end of 2019. It is estimated that 5 billion cubic meters per year of natural gas can be available after that date.

Together with natural gas resources to be delivered to Turkey in early 2019, Turkey's diversification of its natural gas sources in the long-term will ensure energy supply security. At the same time, it will cause a decrease in the related costs of natural gas imports in the future.

RUSSIA'S SHARE IN TURKISH GAS MARKET MAY DECREASE AFTER 2021

The agreement with Russia for 8 billion cubic meters of gas will come to an end in 2021, and Russia is planning to cut out the west line by this date. These facts become more significant after Russia's statement declaring that the Turkish Stream will be transfixed.

While Turkey will play a significant role in access to natural gas resources far above its demand as well as in the commercialization of those resources by delivering them to European markets after 2021, it can diversify its portfolio instead of working only with high-cost suppliers and an absolute dependency on a single supplier country. In this case, the Blue Stream will stay Russia's only export line into the Turkish market, and Russia may lose its dominant position and market share. The same situation may be experienced with Iran, which is where Turkey purchases the most expensive natural gas.

The crisis between Turkey and Russia will certainly reflect on the energy sector, as energy constitutes one of the main aspects of relations between the two countries. However, Turkey may face a bigger risk in terms of energy supply security in the next three to four years until it initiates new projects and other alternatives. Those new alternatives, which will be realized in the medium- and long-term, will ensure Turkey's supply security by bringing resource and country diversity in the long-term and help develop renewable energy sources at a faster pace.

Russia will face billions of dollars in economic losses by failing to keep more than 50 percent of its share in Turkey, the second-largest gas export market with the highest increase in demand in Europe. Bear in mind that Russia's state-owned Gazprom's gas export revenues of $61.8 billion in 2013 declined to $50.6 billion in 2014 due to the continuation of decreasing European demand for Russian natural gas, the rapid regression in gas prices in the past year and the rapid development of the renewable energy sector. The calculations show a regression in Gazprom's revenues by $36 billion to $37 billion in 2015 and $32 billion in 2016, which demonstrates that Turkey will not be the losing side in the medium- and long-term.

In case the crisis continues and Russia does not change its approach, the results may also lead to the abrogation of the Akkuyu Nuclear Power Plant agreement in addition to the regression of Russia's market share in Turkey, particularly in natural gas and petroleum exports, in the medium- and long-term. Moreover, the economic losses that Russia might face in the trade between the two countries might be much higher. For Turkey, the crisis with Russia will be an important milestone, as it will lead to speeding up development of and giving energy policy priority to other sources and alternative energy projects to ensure energy supply security.