The war over Armenian identity 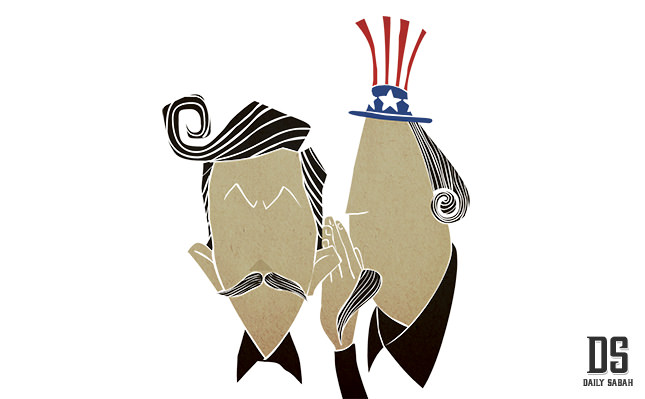 For centuries the Armenian people lived peacefully as subjects of the Ottoman Empire. As a religious minority, there was a clear lower status inherent in their non-Muslim identity, but their presence in Ottoman society was valued and respected. They consistently enjoyed local governance as well as influence among Constantinople's political elite. As the Jewish experience throughout that time attests, life as a religious minority was much harsher in many areas of Christian Europe than under Ottoman rule.

What was the source of dramatic change in the well-being of Ottoman Armenians? What caused Ottoman Armenians to transform from a religious group to a political group? What triggered the cycle of revolts and massacres that led to the catastrophic scenes of World War I? What is the overarching theory that would explain the sudden explosion of Armenian aspirations in clear conflict with Ottoman sovereignty?

Genocide scholarship generates a discourse that focuses on the devastating outcome of this conflict without engaging in an adequate study of the processes that led to it. Experts on genocide are committed to a particular exercise of memory control that is key to modern-day Armenian identity. Thus, they divert attention away from a critical question that has gone unasked: What happened to Ottoman Armenian identity?

The answer lies in the activities of the American missionaries in Ottoman territory. Representatives of the American Board of Commissioners for Foreign Missions first scouted the Armenian people in the early 1820s, and then began an ambitious project to convert the already Christian Armenians to American-styled Protestants through the use of the press and education. The Armenian community was targeted in an operation of cultural imperialism. Successful indoctrination of a new defiant identity would be converted to the political value of a people that could be mobilized.

By World War I, the American Bible Society had spent nearly $3 million on translating, printing and distributing literature in the Ottoman Empire. The economic power of such a sum today would be valued at hundreds of millions of dollars. Even more money was spent on acquiring property for American schools in the Ottoman Empire. When the first American boarding school for Armenians was opened in Bebek, Istanbul in 1840, the Armenian patriarch at the time expressed his dismay and described the school's American superintendent, Cyrus Hamlin, as a dangerous man. By the late 19th century, the school, which had become known as Robert College, was producing Armenian graduates who were then placed in positions of leadership with the instruction to articulate Armenian identity in political terms and to mobilize Ottoman Armenians accordingly.

Before James Bryce and others began to use missionary reports in the raising of the Armenian question from 1876 to World War I, and before notions of Ottoman misrule were advanced through an emphasis on an the Ottoman failure to reform, there had been a foreign agenda to change the form of Armenian identity.

Untouched by American influence, Armenian culture had fully adapted to the Ottoman habitat. Armenians spoke Ottoman Turkish. They had no use for an ancient Armenian language in their daily interactions. Moreover, the very use of the title "Armenian" - an indication of the Anglo-American influence - was not indigenous to these people who had referred to themselves as "Haik." To justify the imposition of a cultural transformation on Ottoman Armenians, H.G.O. Dwight, who led the American endeavor to revolutionize Armenian identity, considered them to have been "ignorant and bigoted" before coming under American influence.

Prior to the emergence of the Anglo-American propaganda that promoted Armenians as a nation of a rich Christian tradition, Armenians were portrayed by Dwight as a people whose traditional customs and beliefs were replaceable "human inventions." The unique practices of Ottoman Armenians were depicted by him as degenerate, superstitious, unspiritual and unnecessary; their church leadership was said to be cruel, corrupt, duplicitous, and selfish. From an American perspective, the Armenian liturgy was "strongly tainted with error." The Armenian Orthodox Church was described as Satan's work, and Dwight likened its reform by American missionaries to an act of cleansing that would enable the spread of pure Christianity.

The war over Armenian identity reached its critical juncture in 1846. The rupture came into full view as Matteos, the Armenian patriarch of Constantinople, issued an anathema against a priest by the name of Vertanes who acted as an agent of American Protestantism among Ottoman Armenians. Matteos called Vertanes a "contemptible wretch" whose "wickedness" followed the example of Judas. Ottoman Armenians were cautioned by their own religious leader, who said about Vertanes: "[T]his is a ravening and rending wolf, who in sheep's clothing, the appearance of priestly virtue, comes to you to rend and devour you and to lacerate the innocent lambs, the children of our holy Church, with the wicked and hellish teeth of his filthy mouth."

In an effort to defend themselves from the destruction of their traditional identity by a foreign entity, Ottoman Armenians insisted on denying the Protestants the ability to maintain socioeconomic participation in Armenian communities. The American missionaries complained that this was persecution and managed to secure institutional protection for their version of Armenian Christianity through British diplomacy. At the time, the Ottoman government trusted their British sponsors and did not hesitate to follow British instruction to recognize the Protestants as masters of their own Armenian congregation.

If Ottoman officials had a part in the deterioration of Armenian existence in the empire, it is first and foremost that they allowed the idea of religious freedom to facilitate the theft of Armenian identity. The Ottoman state did not prevent Anglo-American power from exerting its influence on the Armenian people and forming a neocolonial bond with a new Ottoman Armenian leadership.

No longer was the Armenian hierarchy a natural reflection of inner-Ottoman capitalism. Armenian bankers, who had good relations with the Ottoman government and selected the patriarchs to maintain the status quo in the conditions of Armenian society, were marked as enemies by the American missionaries. The Ottoman Armenian leadership had to be vilified and replaced in order for the Anglo-American propaganda to famously vilify the Ottoman government in the context of a believable Armenian cause.

As a result of the American influence, Armenian bankers were disempowered and the stability of their leadership was cut off. Matteos, a bastion of the traditional Armenian form of Christianity, was found guilty of fraud and stopped from leading the fight against the Americanization or, de-Ottomanization, of Armenian identity.

Matteos's words to his Armenian brethren in 1846, as the orthodox voice of Ottoman Armenians began to fade, present an echoing poignancy. He implored Armenians to intervene in the lives of fellow Armenians who came into contact with Protestant influence to "let such persons know that they are nourishing a venomous serpent in their houses, which will one day injure them with its deadly poison, and they will lose their souls."

Many Armenian souls were lost in the years that followed the loss of the original Ottoman Armenian identity. The ability of the American-based genocide scholarship to impose its own language on Armenian memory denies the recognition that a responsible Armenian leadership had been replaced by a fifth column in the Ottoman Empire. To this day, Armenian identity is largely defined by how American soft power misinforms Armenians about their relationship with Turks.