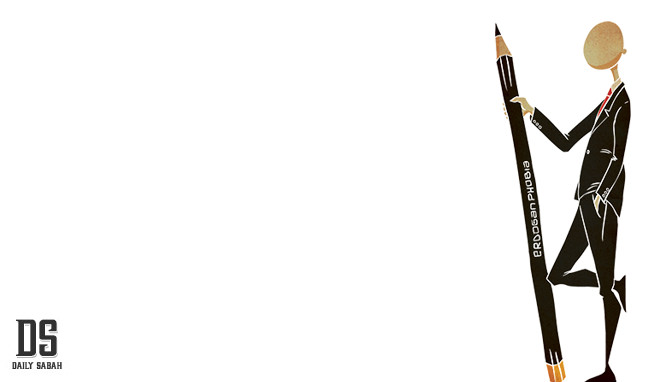 An article in Foreign Affairs claims that President Erdoğan attempts social engineering through the promotion of religious imam-hatip schools. The reality, though is far from this, as the increase of enrolment at religious schools is driven by the social needs voiced by the populace and not, as suggested by the biased report, a gov't-driven initiative

On Dec. 23, 2015, the journal Foreign Affairs published a piece titled "Erdoğan's Assault on Education." Written by Xanthe Ackerman and Ekin Çalışır, the article is subtitled, "The Closure of Secular Schools." Below are a few introductory paragraphs from the article:

"In Turkey, where there has been a rise in Islamic religiosity, President Recep Tayyip Erdogan, founder of the pro-Islamist Development and Justice Party (AKP), is converting some public schools into seminaries called imam-hatips (or traditional training schools for Sunni Muslim clergy) in an effort to raise a generation of 'religious youth.'

"Students who perform poorly on entrance exams for secondary school are shunted into imam-hatips where they study the Koran for up to 13 hours a week and take courses on the life of the Prophet Muhammad and Arabic. Erdogan has boasted that during his tenure as president, enrollment in these schools soared from 63,000 to over one million. The number of imam-hatips increased by 73 percent between 2010 and 2014 and 13 percent of Turkish students now study at such schools.

"Outraged, dozens of Turkish parents in Istanbul created an advocacy group called Hands Off My School to fight against Erdogan's education policy. In June of 2014, when the government tried to convert the local middle school to an imam-hatip, the group circulated a petition that quickly collected 13,000 signatures from other parents. A young lawyer from the neighborhood, Yasemin Zeytinoglu, even filed an emergency suspension with the Istanbul Administrative Court to halt the conversion."

Writing such heavily biased pieces is possible for two reasons.

The first is that well-known ideological blindness, class arrogance and the West's tendency to consider its own solutions, lifestyle and culture superior; i.e., its categorical approach to the Middle East.

Or it results from an intention to portray the targeted person, organization or states, as part of a certain effort toward perception engineering, as different from what they really are.

Otherwise, such an article would not be written.

To begin, let's check the numbers given in the article. For inaccurate figures that are lumped together, knowingly or unknowingly, with correct figures, or the ratios withheld completely change the outlook of education in Turkey.

Between 2010 and 2014, the percent of imam-hatip schools, which offer a mixed curriculum of Islamic theology and non-religious subjects, to all public schools was 8.4 percent for junior high schools and 10 percent for high schools.

For instance, during the same period there was also a significant increase of 57 percent in the demand for Anatolian High Schools, which provide education on a par with private high schools.

Let me repeat: imam-hatip schools, which are targeted in the Foreign Affairs article, teach a curriculum that comprises non-religious classes of public high schools along with religious classes.

But the issue cannot be approached by pitting figures against figures. The obvious accusation by the Foreign Affairs holds that Erdoğan and the AK Party, on whose ticket I entered Parliament as a Christian, aim to undermine secular education and raise a generation of religious youth instead through special social engineering. Hence the figures are presented as proof of this claim.

Now, instead of conveying my own opinions I am going to quote from a piece published on muhalefet.org/, a website for socialist trade unionists in Turkey, in the hope of making a more compelling argument. As an objection to biased articles like Ackerman and Çalışır's published in Foreign Affairs , I am going to quote a passage from a piece written by Abdullah Damar, himself a socialist, titled "Are Evaluations about İmam-Hatip Schools Realistic?"

"First of all, the demand for imam-hatip junior high and high schools, no matter how much public authorities try to manipulate it, cannot be increased artificially unless there is a genuine demand from the bottom. Popular demand is a sociological reality. Demands with a sociological basis ultimately take their natural course, no matter how hard governments try to manipulate them, positively or negatively. Besides, changing and manipulating social demands as part of political projects is done not through 'coercion' but through social and political struggle, a notion that the left has long forgotten. The existing demand must be viewed within the framework of 'freedom of religion, conscience and expression' and 'the right to education.' Therefore, citizens should not be hindered from sending their children to whatever school they want. Moreover, especially those people or organizations who claim to be pro-freedom and socialist should stay away from creating obstacles and raising objections. Otherwise, how can we legitimize the demands of people from different religions and sects for greater freedom of religion and conscience?

"That is the case with regard to the number of imam-hatip schools, number of students attending them, increase in the number of schools and students, and ratio of imam-hatip school students to all secondary school students. However, placing excessive emphasis on 10 percent to 11 percent of all secondary school students, while ignoring the remaining 90 percent who attend other schools, and keeping it on the agenda through discourses reminiscent of the Feb. 28 era plays into the hands of the government, which tries to change the agenda through these schools, knowingly or unknowingly." On Feb. 28, 1997, secularist generals and civilians staged a so-called postmodern coup, toppled the conservative Refah-Yol government at the time, closed down imam-hatip schools, and banned women who wore headscarves from attending universities.

Though he is a secular socialist and an AK Party opponent, Damar gives a fair and objective analysis of the issue and acknowledges that the demand for imam-hatip schools results from a social preference. A democratic government is obliged to fulfill the demands of both its supporters and others.

Now let's see how the issue looks from the perspective of international conventions. Maybe we can persuade Foreign Affairs and its authors.

"Everyone has the right to education."

"Parents have a prior right to choose the kind of education that shall be given to their children."

"The States Parties to the present Covenant undertake to have respect for the liberty of parents and, when applicable, legal guardians to ensure the religious and moral education of their children in conformity with their own convictions."

"The States Parties to the present Covenant undertake to have respect for the liberty of parents and, when applicable, legal guardians to choose for their children schools, other than those established by the public authorities, which conform to such minimum educational standards as may be laid down or approved by the State and to ensure the religious and moral education of their children in conformity with their own convictions."

YOU, DEVOUT, STOP! HANDS UP!

I do not know for what purpose the authors wrote that article in Foreign Affairs. We are not entitled to approach anyone with prejudice, either. But I just tried to show that the article is not objective or unbiased. A majority of Turkish people are devout and religiosity cannot be portrayed as a bad, inferior, irrational or evil characteristic. Especially as far as Islam is concerned, we cannot consent to a more categorical approach. Conservative people in Turkey are very demanding regarding schools where their children can both get modern education and learn about their religion. It would not be correct to portray these schools solely as religious seminaries, as they offer a mixed curriculum of religious classes and non-religious classes of public high schools. Even if they were religious schools, parents would still have a right to demand them and send their children to these schools. But that is not the case at all.

The anti-Erdoğan propaganda machine does not worry about consistency anymore. But wait, doesn't it amount to playing politics with religion? In other words, isn't it a violation of secularism when those who make a fuss over secularism and style themselves as guardians over religion and believers mix religious issues with politics?

The question is meant for Foreign Affairs and the authors of the article.
Last Update: Jan 03, 2016 4:24 pm
RELATED TOPICS