Brinkmanship of Russia only cashes in on itself 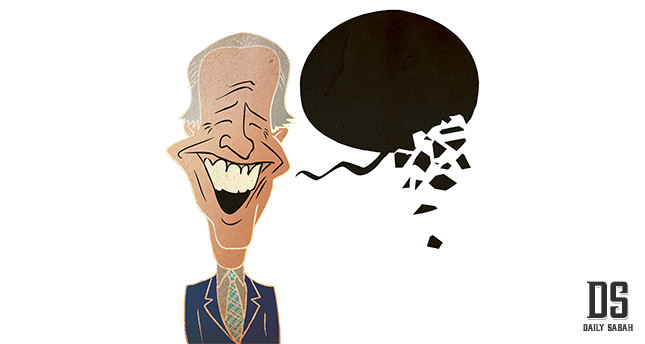 Although Turkey and the U.S. are on the same page when it comes to recognizing the PKK as a terror organization, his refraining from including the PYD and its armed wing YPG in the same category hampers ties between the two countries, while serving Russian interests in Syria

Ahead of long-awaited multilateral peace talks on Syria to be held in Geneva slated for Jan. 25, an extensive dispute over who should represent the opposition groups is still in limbo. Even though U.S. Secretary of State John Kerry and Russian Foreign Minister Sergei Lavrov issued a joint statement last week that said they were hopeful to get down to peace talks before the end of the January, the legitimacy of opposition groups has long been discussed by high-level delegates from the U.S. and Russia.

The upcoming meeting is very important in the eyes of international society for two apparent reasons. One is that - up until the United Nations-sponsored talks scheduled for Jan. 25 - no opposition group representative has ever joined in peace talks since the beginning of the initiative (without any fragmentation). Lavrov stressed that governmental representatives and "the whole spectrum of opposition forces" will come together to proceed over the time table with a projection of holding new elections in Syria within the next 18 months with a newly adopted constitution. The other reason that should be brought up is that the forthcoming peace talks call into question U.N. Security Council Resolution (UNSC) 2254, which was unanimously adopted on Dec. 18 The resolution urges the formation of a delegation of Syrian opposition groups, taking into account the opposition meetings held in Moscow, Cairo and Riyadh so the delegation could be inclusive and able to represent a broad set of armed factions. Lavrov seemed to criticize the U.S.'s current stance over the insufficient power of representation concerning the composition of the Syrian opposition delegation.

Since the tensions ratcheted up and evolved into a civil war in Syria, numerous opposition groups emerged, which signaled the inception of regional conflicts. It is not appropriate to classify them according to their religious sect or ethnic identity in terms of the demographic composition of the region, but rather to define them through their affiliations with both powers inside and outside the region on the state level as the Syrian Arab Republic and its allies, the Syrian opposition and its allies, the autonomous Kurdish Democratic Union Party (PYD) administration in northern Syria and its allies as well as DAESH and its allies. Still, it is a very controversial issue to decide who is going to be a part of the legitimate elements of an ideal opposition delegation. The point here that should be stressed is that both the U.S. and Russia have a common interest to reshape the future of Syria. Both countries are not willing to rule out Syrian Kurds from the Syria peace talks, despite the rightful resistance from Turkey and Saudi Arabia. While Ankara asserts that the Syrian opposition delegation should be formed from legitimate groups that are not engaged in any terrorist activities, Riyadh has chosen the Saudi-backed Islamist "Jaish al-Islam" to be the chief negotiator for the opposition and refuses to participate in peace talks if any other opposition group is included. U.S. Vice President Joe Biden's visit to Turkey on Saturday aimed at to persuade Ankara to head off any boycott in case Syrian Kurds participate in the peace talks. While Turkey and the U.S. are on the same page in terms of recognizing the PKK as a terrorist group, "plain and simple," as Biden said, he did not ever mention the PYD and its armed People's Protection Units (YPG) on his own terrorist list. Likewise, high-level U.S. delegates and Russian U.N. envoy Vitaly Churkin made Russia's pro-Kurdish stance clear and made remarks regarding the significance of PYD representation during the peace talks.

Establishing a Kurdish corridor along the Turkish-Syrian border between Azaz and Jarablous is accepted as one of Ankara's red lines in Syria. Currently, both the U.S. and Russia are keeping control of the region by dominating Kurdish territory in northern Syria. It is neither an effort to only consolidate and save political and military power of Syrian President Bashar Assad's regime nor an armed struggle to ward off DAESH militants in Syria. It rather points to a well-founded proxy war between the U.S. and Russia over northern Syria to dominate the region. Both sides are taking advantage of the geopolitical position of the so-called Kurdish corridor and are trying at open up new military ground in the consistently altering landscape of the Syria civil war. According to Al-Jazeera, the U.S. recently took over a Syrian air base near the Turkish border with the YPG's help, deepening its engagement with Kurdish militants, and Russia recently send troops to al-Qamishli on the Turkish border to set up a military air base as the U.S. launches operations with Kurdish militants in the same region. Apparently, Russia is eager to use its Kurdish card in Syria and boost its ties with Kurdish militants who have emerged as the most effective fighting force on the ground and has consolidated its power since the Syrian government left the military ground of northern Syria to the PYD in 2012. In the near future, we will see whether the Kurdish militants try to capitalize on Russia's intervention to retaliate against Turkey as a prominent subsidiary of PKK.

While Russia and the U.S. maneuver for more influence in key Syrian battlefields, U.N. envoy to Syria Staffan de Mistura is trying hard to reach a compromise to patch up who will represent the opposition delegation and is striving to expedite the process of peace talks before the end of January. Even though the U.S. is resolute in efforts to salvage the peace process, de Mistura has not issued any invitations to the talks since the U.S. and Russia have not agreed on who should represent the opposition. Moreover, Saudi Arabia and Turkey are tentative if de Mistura should have any role in deciding who will represent the opposition. He hinted that some states try to obstruct the peace process by intervening with his mandate. From the perspective of Turkish authorities, the peace talks should continue without Kurdish representation in terms of ensuring its regional security. While Turkey has a right to insist on ruling out groups included in terrorist activities, Russia's insistency to expand the number of pro-Assad opposition groups that represent no one hampers efforts toward any potential solution and endangers the peace process. The one sure thing is that extending the time allotted for peace talks serves Russia's interest in the region well, potentially grinding down the opposition forces. In fact, the Syrian army already seized the last, key rebel-held town in Latakia on Sunday. If peace talks are damaged further, it is clear that opposition groups on the ground will just continue to fight, but their endurance will start to fade with each passing day.