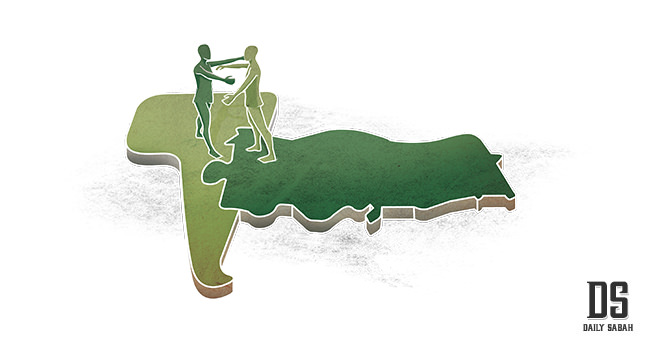 Although commentators have a number of disagreements about Turkey's foreign policy, everyone would agree that Turkey has taken major steps since 2002 to promote stronger economic, political and cultural ties with different parts of the world. A decade later, the main challenge is to institutionalize what started out as a policy initiative and turn it into part and parcel of Turkish foreign policy not only in Africa, Asia and the Middle East, but also Latin America.Traditionally, Turkey's connection to Latin America has been limited to leftist nostalgia for revolution along with music, carnivals, football, soap operas and salsa music. For many officials, it was simply a region too distant for Turkish products and politically uninteresting with the exception of genocide claims. As such, Latin America has been a source of interest for Turkey that the country simply could not reach.

As a matter of fact, Latin American countries received little interest from top Turkish officials at least until then President Süleyman Demirel paid an official visit to the region in 1995. Bilateral ties grew notably stronger during Erdoğan's tenure as prime minister. At this point, Turkish leaders visit Latin America on an annual basis. Having traveled to Colombia, Cuba and Mexico last year, Erdoğan visited three additional countries last week, which begs the question of what the essence of Turkey's Latin America policy should be. Simply put, Turkey must combine a purely neo-Ottomanist cultural policy with a Western economic perspective while pioneering a non-Western political challenge.

Although many observers tend to associate cultural neo-Ottomanism with imperialism and nostalgia for empire, the term actually refers to embracing various religious, ethnic and cultural identities. While roughly a quarter of "los Turcos," people who trace their origins to former Ottoman territories, practice Islam, other groups include Armenians, Druzes, Christians and Alevis. In order to convey a meaningful message to the above-mentioned communities, Turkey must move beyond neo-romanticism and develop comprehensive cultural policies. Although the Turkish Cooperation and Coordination Agency (TİKA) has already launched regional offices in Mexico and Colombia, additional steps must follow. Without further delay, Turkey needs to establish permanent offices for Anadolu Agency, Turkish Radio and Television Corporation (TRT) and the Yunus Emre Institute in order to highlight the role of Latin American traditions in Turkish history and consolidate the country's cultural ties with Latin America.

To improve economic relations, Turkey's strategy must go beyond promoting small- and mid-size businesses in Latin America - a policy that paid off in Africa. Instead, the country should encourage major Turkish corporation to become more active in defense industries and the energy sector. Keeping in mind that Turkish defense enterprises could compete with existing suppliers in terms of quality and price, there is no reason why they should not seize business opportunities in Latin America. The main problem, however, remains limited contact between Turkish manufacturers and the regional marketplace. Likewise, Turkey could be competitive in regional energy markets at a time when Latin American governments seek to diversify energy resources over the long term. Provided that defense and energy products tend to reach national governments through a complex business network, it is necessary for key government officials, including the energy minister and national defense minister to meet with Latin American leaders immediately after the president's three-country visit. Unless the Turkish government can convey a message of continuity, it will be difficult for Turkish companies to become more active in the region.

Finally, Turkey has the potential to play a major political role in Latin America. Having created a viable alternative to Western policies in 2010 to address Iran's nuclear challenge, the country could encourage Latin American governments to work more closely with their counterparts in Ankara. As a continent where Western solutions have been tried and failed, Latin America has a rich tradition of experimenting with alternative policies while staying within the limits of the mainstream. Moving forward, Turkey and Latin American governments could work together and make an actual difference in the lives of millions.