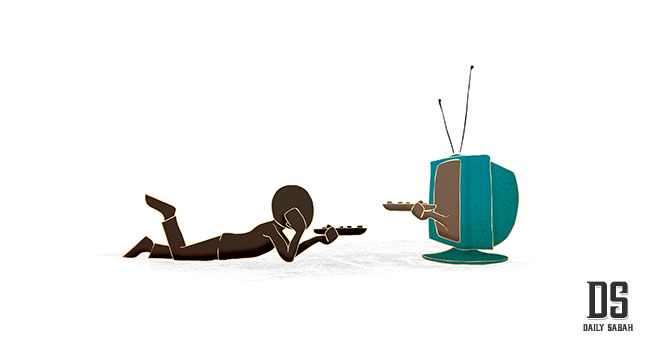 After discovering the media's power to enable countries to easily direct the masses, the Iranian government entered the media sector through owning number of television and radio channels

Countries try to strengthen their influence over other nations through different tools like, as one might expect, economic power, military strength and perhaps geo-strategic decision making to their advantage. Yet, there are also more subtle instruments they can use to exert their power, like the media. Until recently, most of the media controlled by western countries have dominated coverage in the rest of the world. Particularly, it was news agencies that spread information around the word, shaping public opinion. News bulletins in relatively less-developed countries have simply translated news pieces they receive from Reuters. The Associated Press (AP) and Agence France-Press do not pay any attention to the content or even the language used by these news sources - even if it is detrimental to their own interests. But now, other countries like China - which is expanding its largest television network (CCTV) into a transnational network like Al Jazeera - have begun using their relevant media sources as soft powers. Russia is also attempting to expand its influence through Russia Today (RT) with television channels available in multiple languages. Although it is not yet comprehensively known or measured, all of these attempts will eventually have an impact on international politics and; consequently, change the field of journalism itself. Nonetheless, it is a well-known fact that the current news does not reflect reality - rather, it projects the world to us in a way which conforms to an image already shaped by the world superpowers. Some say that events merely "happen" and are then manufactured to be used by the mass media as a tool, taken by editors at-will and according to their personal interests, ideologies and social circumstances. Thus, we are all being exposed to this man-made, hyper-reality.

The media environment in the Middle East has attracted relatively little attention, perhaps with the exception of Al-Jazeera, which has emerged in the last few decades. However, careful observers certainly must have noted that there is one television channel being broadcast in English which offers a comprehensive outlook on the Middle East in general and Iran in particular. Press TV has a large coverage area - nearly the entire world - through its various satellites. The network is becoming an alternative one for those who are interested in Middle Eastern and Iranian affairs. However, Press TV is not the only media outlet from Iran which disseminates its views, religion and culture. It would be no surprise that, in a country like Iran whose modern times have been shaped by a revolution - realized with the help of the cassettes of Ayatollah Ali Khomeini smuggled undetected across the border from France -- the media has been tasked with the Islamization of the public. Already aware of the importance the media has for new, post-revolution elites, they have invested a considerable amount of money and resources in the effort, despite being heavily sanctioned by Western powers that have taken control of the media. The existing National Iranian Radio and Television Network (NIRT) was first renamed, "Seda va Sima-ye Jomhouri-e Eslami-ye Iran" (the Voice and Vision of the Islamic Republic of Iran) and, today, is broadcasting radio and television channels under the name of the Islamic Republic of Iran Broadcasting with their English logo of IRIB1 or IRIB2, and so on.

FROM COMMUNICATION TO ILLUSION

The number of television and radio channels owned by the Iranian state includes eight national and 30 regional television channels; in addition to one news channel and 25 radio channels which are broadcast in more than 25 languages, including locally spoken languages such as Azeri and Arabic. There are numerous TV channels in Persian as well, operated by opposition groups living in diaspora and broadcasting illegally into the country. Since the state cannot control and censor the contents of these opposition sources and other foreign channels according to Islamic principles (satellite dishes are prohibited in the country), it is estimated that some 30 percent of Iranians still watch satellite channels. Attempts to found privately owned channels are restricted or banned outright.

On one hand, Iran tries to powerfully exert its views through state media in many different, languages but restricts and limits the freedom of speech and expression domestically. Against this political repression and censorship, the country's youth have discovered the freedom of anonymous Internet blogging via Weblogistan. This concept offers them a new form of expression that was previously non-existent while simultaneously threatening traditional Iranian social, cultural, religious and political norms. The religious and political leaders vehemently criticized these weblogs immediately, going so far as to claim that Weblogistan is a new form of "Westoxication" (gharbzadegi), a concept that they are very fond of. Especially since the recent removal of sanctions, Iranian society will demand and expect more liberties in the area of local media - something that has already become clear with these types of alternative journalism being implemented contrary to the traditional one strictly controlled by the state. Observers are already witnessing a new revolution within the revolution.

* Professor of anthropology in the Department of Radio, Television and Cinema at Marmara University
Last Update: Feb 09, 2016 11:53 am
RELATED TOPICS