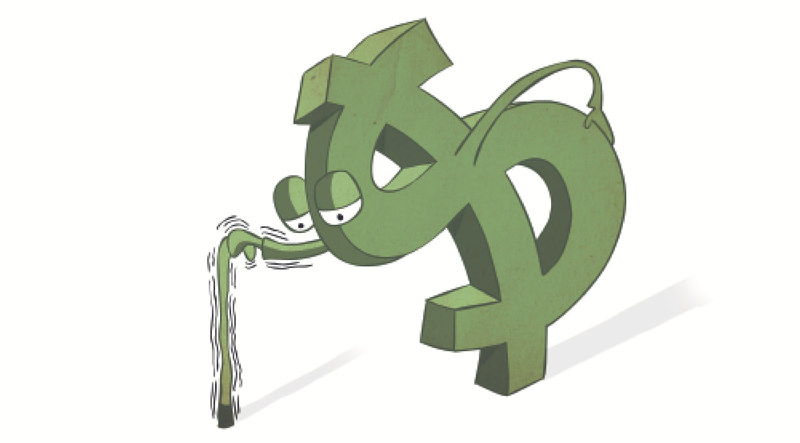 Turkey, with its new interest-free models in banking, which is evidently much fairer than the current global banking system that harshly exploits people in my ways, is likely to be the guarantor of economic justice and the center of Islamic finance

Today, the beginning of the modern financial system is being evaluated as the duplicate order accounting system added in the 15th century in Italy by Leonardo da Vinci's friend, professor of mathematics Luca Pacioli to his book "Arithmetic." Essentially, it can be said that the system started with the first examples of modern banks in the 17th century, with the establishment of the joint-stock companies of the British and the Dutch called the East and West Indian Companies, and with the purchase and sale of stock certificates of these companies in the stock markets of Amsterdam first, and after that, of London. The most important field of activity of these companies was to take over the monopoly of Asian, African and Mediterranean trade over the alternative routes of the Silk and Spice Roads on which Muslim merchants were more effective until then. International trade in which merchants and businessmen with many different ethnicities, languages, religions and cultures on the Asian and African shores freely participated in the beginning quickly began to leave their place to the monopolies with the arrival of Europeans to these regions.

WHAT HISTORY TELLS US ABOUT FINANCE AND THE MUSLIM WORLD

Before the 17th century, nearly all company types and models other than the joint-stock companies were founded by Muslim businessmen and traders in the Islamic world, and these company models were taken by the Europeans in the same manner and were incorporated into economic life. However, the joint-stock company model, which took the liability limited with the committed capital as a base, emerged not in the Muslim world, but in Europe. Initially, statesmen and even empires were in the position of the most important partners of these companies. In terms of providing finance, these companies brought a very different model to economic and financial life from the previous periods. Whereas the responsibility of the founders in the companies that was the invention of Muslims was related to all assets in order not to depart this life with the rightful due of others, the responsibility of the founders of these new joint-stock companies in the period when the foundations of the modern financial system and capitalism were laid was limited not to assets, but the capital they committed. This situation provided the possibility of borrowing, resources and financing to these new companies beyond imagination.

The three most important basic institutions of the modern financial system that are different from the previous periods emerged as the joint-stock company, banks and stock markets. These three institutions emerged in Europe and the West, which surrendered to the medieval darkness and scholastic thinking for nearly 1,000 years and experienced stability in economy and trade.

So why did the Muslim world, which had risen to a very important position in the world economy and which was highly effective in land and sea routes, especially the Silk and Spice Roads in international trade, not invent or, with a more accurate expression, reveal these three institutions while it developed all the other trade and finance institutions? A lot of reasons for this can be focused on, but the most important reason can be found in the priorities and system of values of Islam and the Muslims' perspective and outlook on economy and the life of the world.

Unlike the Islamic world, the corporate finance system, which adopted an understanding that highlighted institutions instead of a person and speculative gains that took interest, risk-free earning and the return independence from the real economy as a base was established in Europe with the efforts of economic elites, especially statesmen and governments despite all the apparent resistance from the Church. The Netherlands and the United Kingdom no doubt played the leading role in this field.

Here it is a good idea to bring up Western and European academism's constructing the modern financial system and an event that was experienced in France, which was included in the process with respect to interest a little late. When King Louis XIV planned to enact a royal decree in the middle of the 17th century to limit legal interest rates, he held a secret, informal meeting with the most well-known five scholars from Sorbonne University. He thought of getting ratification from them as a way to lawfulness. The dean of faculty, who held the floor first in the meeting, said that a topic of such weight should be discussed in a meeting in which all academic staff of the faculty are present. So the academics at Sorbonne University discussed the topic of interest at length for days in the second half of the 17th century by taking the Bible, the pope's ordinances and what was written and said by Church authorities. As a result none of the academics at Sorbonne University approved the proposal of charging interest, therefore determining the interest rates.

When we examine the historical process, we see the occurrence of a lot of financial crises in whose center these three institutions were positioned. With the emergence of these crises, the individual, which came to be understood as the "homo economicus" that sought its interests and unlimited desires as well as the foundations on which these three institutions are based had a vital importance. The interest provided by banks, resource supply from joint-stock companies based on limited committed capital responsibility and earning opportunities of stock markets based on speculation, encountered the most important facts of these financial crises. By nature, modern economic and financial systems carry new legal regulations into effect according to needs. Despite all the measures taken, however, the period of emergence of crises became more and more frequent and their depth and impact also gradually increased. In their case, it is an unavoidable fact that alternatives are needed in economy and finance models.

World gross national product exceeded $70 trillion by the end of 2015 and, essentially, goods and services that are enough for everyone have been produced. Despite this, the problems experienced in the political, economic and social fields and the wars, injustices, imbalances, hunger and misery on the planet are not decreasing. On the contrary, they are increasing day by day. There is something wrong. We are of the opinion that one of the most important areas that go wrong in economy is the modern financial system that produces crisis and unfair advantages.In spite of all adversities experienced in the world, the interest in these aforementioned issues are increasingly augmented and new alternatives come up. Not only in Muslim countries such as Indonesia and Malaysia in Southeast Asia, but also everywhere inhabited by Muslims to Europe and the Americas in the West, studies on alternatives have gained speed in the economic and financial fields.

In spite of the major political, economic and cultural developments that have been experienced in our region in recent years, Turkey's approach to the events in Syria despite all its costs has been one that represents the conscience of humanity. In many areas, Turkey, which is the voice and conscience of the world's oppressed, is expected to question the current economics finance paradigms and pioneer the establishment of a more livable, just and conscientious sharing system together with its universities, institutions, society and government.

In Turkey, many academic programs have begun in different languages at Sabahattin Zaim University in Istanbul with respect to these fields, especially Islamic economics and finance. It is extremely important that these issues are on the agenda of academics. However, what is at least as important as this is the fact that society, institutions and the state are also interested in these fields and show efforts to find solutions.

TURKS' NEW BANK MODEL IS MUCH FAIRER THAN ITS PEERS

As from the end of last week, four participation banks and the public sector, that is, the government second bank operating in interest-free banking have been included in Turkey. After Ziraat Katılım, which was opened last year, Vakıf Katılım officially started activities on Feb. 26, 2016, with the opening ceremony President Recep Tayyip Erdoğan participated in. Recently, Turkey should have led the drive in the field of Islamic economy and banking, as well as many other fields in terms of taking a place in this sector as the government. So rather than exclusionary action, exploitation and crises caused by the modern economic and financial order, we will be able to set off toward a system that will lead the world economy, and our region in particular, to better places in the future. In addition to increasing what we produce and earn, we need a system that takes sharing and cooperation as its base. Turkey's expansion can be evaluated as a new light of hope in terms of a perception remembering the human aspect again that will grow increasingly.

Vakıf Katılım's inclusion in this sector has a separate meaning and significance with respect to our tradition, history, civilization and culture. In the period when financial institutions of modern capitalism began to emerge in the West in the 15th century, an Ottoman invention in the real sense emerged in Rumelia, that is, the Ottoman Europe. This invention was the Money Foundations, which continued its existence until the late 20th century. In the structure of Vakıfbank, which was established based on the capital of these Money Foundations, the fact that Vakıf Katılım has been established, has been an extremely beneficent and well-directed development within the framework of a never recourse.

We only hope that Vakıfbank will attain an important weight in the sector as soon as possible by including all its non-interest capital, considering the difference in inflation, and all the accumulation it has obtained since its establishment by keeping interest outside of Vakıf Katılım. We hope the same for the authorities of Halkbank, whom Erdoğan invited to the task. We hope that Halk Katılım will be established as well and that its operations commence soon. With this, a Turkey will emerge reflecting its accumulation in the field of tradition, civilization, region, history and culture to economic and financial life a little more, setting an example to the world in this field. One more step will be taken in Istanbul becoming the center of Islamic finance.