Youth should be main priority for Muslim leaders 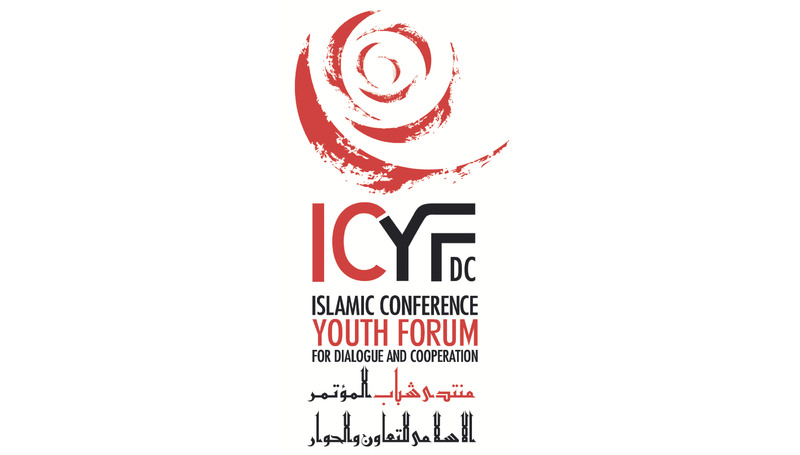 As the 13th Organization of Islamic Cooperation Heads of State Summit (OIC) gets under way in Istanbul this week it is important to remember that while many Muslim countries are known for oil and gas, this is not, however, their most valuable resource, and it is not the only sector that needs to be invested in. Our youth will last longer than our oil reserves, and their worth is impervious to price fluctuations and market forces.

Investment in youth is now a top priority for Muslim countries, because if we do not invest in our young people, someone else will - this is a free market. It is no coincidence that the majority of DAESH recruits are between the ages of 15 and 25.

ISLAMIC FORUM FOR DIALOGUE AND COOPERATION

This generation of Muslims has been exposed, perhaps more than any other, to the twin external and internal dangers of extremism and sectarianism, and this is exacerbated by challenges around education, employment and developing a sense of active citizenship. This is why the Islamic Conference Youth Forum for Dialogue and Cooperation(ICYF-DC) - an OIC affiliated international institution headquartered in Istanbul - has convened this year in cooperation with the Youth and Sports Ministry and the Young Leaders Summit (YLS) not just to coincide with, but to be an official part of the Heads of States Summit program. The very fact of gathering young leaders in the official program of the summit being held under the patronage of President Recep Tayyip Erdoğan demonstrates Turkey's seriousness of pursuing youth development in thecoming years while it hols the OIC chairmanship.

The main objective of this first-ever Young Leaders Summit - #OIC which will gather some 200 young leaders across 57 Muslim-majority countries - will be to discuss a comprehensive youth strategy. Recommendations reflecting different aspects of this strategy will be discussed by the heads of states for decision-making. Once adopted, this strategy will encompass various goals for Muslim countries to reach in order to turn demographic challenges into opportunities that they and the world at large can benefit from. In addition to young community leaders, the summit will also feature youth ministersfrom OIC member countries, a Nobel Peace Prize laureate and an extensive body of experts during its two days starting on April 12 in Istanbul.

Young people constitute about a third of the population of most OIC member states, and growth rates for this age group are higher than in other demographic segments. This "youth bulge" across the Muslim world means that opportunities are limited: Michelle Gavin of the Council on Foreign Relations (CFR) said recently that this "lowers the opportunity cost" of joining an armed movement. It is our job to increase the opportunity cost.

Historically, disenfranchised young people have often been drawn to new and sometimes radical ideas to challenge older forms of authority, leading to political instability. This can be seen throughout history and across cultures, from the French Revolution to Marxist insurrections in Latin America and the Arab Spring uprisings. This has been thoroughly documented by political scientist Jack A. Goldstone, a consultant to USAID.

It is not surprising that Population Action International rates many Muslim countries as "high risk" or "very high risk" when surveying the youthfulness of their populations and the potential political effects of this challenge. As the recent outcome of the Arab Spring has shown, however, those disenfranchised groups are not necessarily better off in the result of revolution, which in countries like Libya and Syria has led to the collapse of the state structure and torn apart the very fabric of society.

Several youth-related reforms are urgently needed to overcome this dangerous path. Job creation is particularly important in Muslim countries where youth unemployment stands at 15.6 percent compared to the global average of 12.6 percent - that is almost a quarter higher. In the Arab world, 50 percent of the unemployed are between the ages of 15 and 24. The Middle East must create 80 million new jobs over the next 15 years, just to keep pace with population growth, i.e. just to maintain the status quo. However, it is not good enough to stand still - we must move forward. The challenge is huge, but not insurmountable.

Unfortunately, a typical young Muslim's education prospects do not fare much better than his or her job prospects. There are only two universities from the Muslim world, which constitutes a quarter of the global population, in the top 200 universities in the world. In order to help close this quality and quantity gap the Youth Summit will not just propose to upgrade the level of the 20-best OIC member state universities into the world's top 200, but also establish a network of youth centers that serve as hubs for skills development and school to job transit

ion for hundreds of thousands of young people.

The good practice of utilizing cost efficiency of such centers of informal education that supplement formal ones, as well as models of government programs of funding youth training projects, are being implemented lately in Turkey, Azerbaijan and Malaysia will be presented at the summit for study and prospective multiplication.

WE ARE NOT DAESH AND DAESH IS NOT US, TOO

Education, economic and political empowerment goes hand in hand. Utilizing social media to create positive, active citizenship and a sense of civic pride is essential. The government of Malaysia estimates that 75 percent of DAESH recruits are recruited online. If the only form of active citizenship available online is that of DAESH, then they will win. We must provide an alternative.

What is the panacea that can create education, employment and a sense of online social empowerment? I believe that investment in IT entrepreneurship is one of the crucial answers. This is a huge opportunity, as there is not a single Muslim country in the top 30 of the IT Industry Competitiveness Index - 66 countries were surveyed, so essentially the top half of the table is non-Muslim. Many of the higher ranking countries on there are Central European states such as Poland and Estonia that have utilized IT investment to navigate complex social and political challenges somewhat similar to those facing Muslim countries now.

This is why next month the ICYF-DC has also co-organized the 2nd Kazan OIC Youth Entrepreneurship forum where young IT entrepreneurs from across the Muslim world will utilize the capacity of the newly completed high-tech Innopolis Compound and get connected with international investors and world-renowned tech experts.

The forum will also connect these bright young minds with their colleagues, not just from the 57 OIC countries, but with peers from the West. The major responsibility to take IT development to the next level is with the top-10 OIC member states, which command almost 80 percent of OIC gross domestic product and which should take a lead in transforming wealth acquired from natural resources into high-tech education and research opportunities for the next generation.

If you doubt the transformational potential of IT investment, consider that Indian intelligence agencies' estimate that there may be at most 23 Indian DAESH recruits from a population of 172 million Muslim Indians. That is still 23 recruits too many, but compares very favorably with many other countries. This also demonstrates that supporting development programs for Muslim youth should be the priority also for non-OIC countries with considerable Muslim minority communities.

When Muslim youth have a choice between false martyrdom in Syria or becoming suicide bombers in Brussels or Ankara and a high-tech start-up in Bangalore, I am not surprised if they were to choose the latter. The only way to increase the opportunity cost is to increase opportunity. How many Bangalore's can the Muslim world build? The answer will to some extent be dependent on how quickly the summit-recommended OIC youth strategy will be adopted and how effectively it is implemented.

* Ambassador, President of the Islamic Conference Youth Forum for Dialogue and Cooperation, an affiliated institution to the OIC
Last Update: Apr 14, 2016 1:38 am
RELATED TOPICS