Islamophobia is a great way to divide, but it might be a pretty poor way to unite 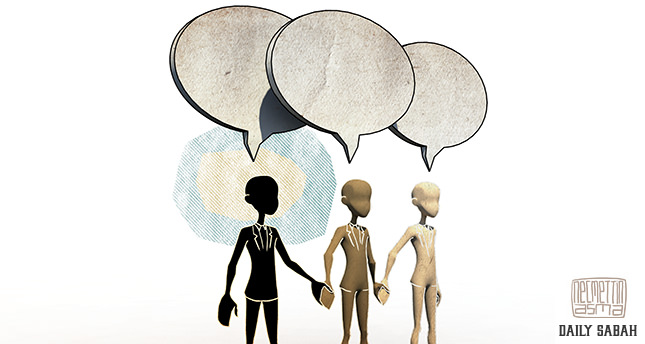 London's new mayor, Sadiq Khan, who is Muslim, just proved that Islamophobia does not work as an electoral strategy, and he just made political history – twice

Sadiq Khan, was just elected as the first Muslim mayor of the most p﻿opular western capital, London, despite a divisive campaign that exploited stereotypes about Muslims, including an opposition ad featuring the 7/7 bombing - the U.K.'s own 9/11. That is itself a very big deal, as London is one of the world's most important cities, a center of finance, business, the arts and culture. He also made history by winning with the largest electoral mandate in British history.

But it is not the only reason Saturday's results matter.

Facing an uphill battle, Khan's Conservative opponent, Zac Goldsmith, turned to anti-Muslim bigotry to cast a cloud of suspicion around Labour's Khan. Khan survived the unfounded aspersions, meaning that despite the power Islamophobes still wield, their allegations are not enough to win elections. Indeed, Islamophobia might cause one to lose an election.

Last year in Canada we saw Justin Trudeau lead the Liberal Party to victory over Prime Minister Stephen Harper's Conservatives. Harper had attempted to extend his time in office by using a crude anti-Muslim strategy and language not very different than that of Goldsmith. Trudeau ran in the other direction, emphasizing that Muslims are part of Canada.

Canadians and now Londoners appear, if not outright repelled by faith-based bigotry, at least unmoved by it, which is welcome news for Western Muslims like myself who have been alarmed by the progress made by anti-Muslim and anti-secular forces in our democracies who are creating and insisting on faith-based tests for public office.

Who, after all, can forget when former Republican presidential candidate Ben Carson said he did not believe a Muslim could, or should, hold the highest office in the land?

By winning, Khan will help convince even more British Muslims that participating in secular politics is a worthy and necessary ambition and that even, or perhaps especially, in the face of hateful and hurtful rhetoric, the system works, that they can and will be and are part of their societies and that the narrative that the West and Islam are doomed to be at odds does not correspond to reality. I suspect so, because that is what happened in Canada.

Harper's Muslim-bashing got Muslims organized to vote. And they did. In the 2015 election, Harper thought so poorly of Muslims that he could not imagine they would respond to his bigotry in the way any community would. But they fought back, reclaiming their rights by making sure their voice was heard. Indeed, that is a fitting epitaph to Harper's increasingly Islamophobic time in office.

His Islamophobia appears to have created a Muslim Canadian political consciousness where none existed before.

I hope the same holds for my American co-religionists. I hope that anti-Muslim sentiment in their own national election does not just lead to Republican presidential nominee Donald Trump's defeat, and to the lesson that Muslim-bashing is a strategy for losers, but that Muslim Americans become even more civically and politically engaged and evolved, and that through this experience, more promising young Muslim American leaders will emerge - people like Khan, who, after his election, may well be one of the most influential Muslims in the entire Western world today.

True, there are not a lot of Muslim Americans overall. Maybe a small percentage of America's population is Muslim. But Muslims live in critical numbers in swing states like Virginia, Florida and Ohio. Even where there are huge Muslim communities in historically blue states - it is estimated up to 12 percent of New York City public schools are Muslim - a high Muslim turnout will make a difference in congressional and other races, too.

Trump has only accelerated the flight by growing minority demographics, including Muslims, to the left. And Democratic presidential candidates Hillary Clinton and Bernie Sanders have made it a point, much like Trudeau, to reach out to Muslims, and Sanders has so far had the most success as Muslim voters helped him to win in Michigan and then Wisconsin. As more Muslims vote, they could make a difference to the composition of government, and become a constituency that campaigns nationwide might be compelled to be taken into account.

I look forward to that, because I have long believed in the promise of our democracies, whether Canadian, British or American, we come from the same political tradition.

Khan's victory makes me proud as a Londoner, as a Briton, as a Westerner and as a Muslim. I have been attacked in British media merely because some want to smear all Muslims by association. That he has been able to triumph over and against them should give us all cautious hope that this wave of anti-Muslim bigotry might be at its peak and that it may soon begin to ebb. We will not know for sure until November, of course. Here's to Americans making the right choice: Religion is not part of politics.

We are secular nations and we must stay that way.