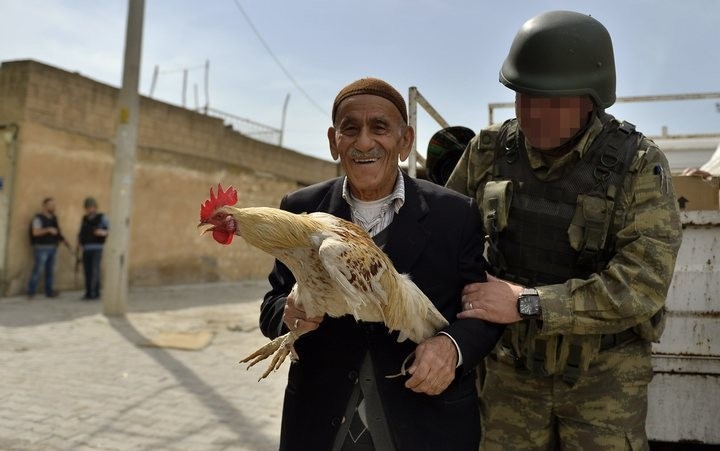 The new approach, President Erdoğan emphasized, will be based on 'zero tolerance to terror', while establishing and maintaining 'consultation with all the Kurds'

During the visit, both the president and prime minister gave significant messages regarding the new road map that the government will follow in to eliminate and deal with PKK terrorist activities, which have resulted in the loss of thousands of lives over the past three decades.

The new approach, Erdoğan emphasized, will be based on "zero tolerance for terror," while establishing and maintaining "consultation with all the Kurds." Meanwhile, the president also called for support from Kurds in eliminating the PKK from the region.

Before elaborating on the social and political implications of such a road map and whether it will be effective, it is necessary to highlight the current political situation by providing an analysis of the status of anti-terrorism operations and how they are received by the people in the region. In addition, the rhetoric and condition of the People's Democratic Party (HDP), which claims to be a representative of Kurds in the region, must also be examined.

The government launched anti-terrorism operations in July 2014, with the aim of completely eliminating terrorism after the Kurdish Communities Union (KCK) halted the two-and-a-half year cease-fire and mobilized its armed resources from the PKK and Patriotic Revolutionary Youth Movement (YDG-H) against the state.

First of all, it is important to underline that one way of effectively ending terrorism in the region is to minimize public support for the PKK. Terrorists cannot continue their activities solely by possessing weaponry, they also need to feed off their supporters' morale and recruitment of new members.

As such, while security forces continue the operations successfully, the public reaction to these operations and the steps that must be taken by the government will be determinant factors for the longevity of operations in general, and their long-term effectiveness in particular.

Through field analysis and interviews with people from the region, it can be said that there are three opinions, or reactions, to the government's recent anti-terrorism policy and operations.

The first group, which can be classified as PKK sympathizers and are the smallest in number, suggest that state forces have come to the region to commit atrocities against Kurds. This group is one that has a fixed ideological stance against the state. However, the ideological stance is not necessarily an educated one, but rather a thought one. In other words, it has been said that the state is against them at all times, mainly building on rhetoric from the 1990s when, unfortunately, state policies against Kurds were not ones of freedoms, but rather oppression.

The second group, while supporting the recent anti-terrorism operations, criticize the state for the room it gave PKK sympathizers' activities, which enabled the PKK to regain its strength during the reconciliation process. This group can be classified as non-political average citizens who want to run their businesses smoothly without fear, sending their children to school freely and continue their daily lives without interruption from terrorism. They hailed the reconciliation process, saying it was, perhaps, the best they, Kurds, had seen from the state until now. Meanwhile, although this group previously supported the HDP in elections, now they argue they have lost trust in the HDP for re-establishing peace through political means.

The third group, on the other hand, supports the operations unconditionally, saying that the state should use its iron fist and continue operations until the PKK is eliminated completely. However, this group also suggests that the state must take strategic steps after the operations are completed to put an end to the rebirth of terrorism in the region. This group can be classified as a more conservative and more political group, as they stand completely against the HDP, arguing that they do not represent Kurds, but rather are a socialist entity.

As such, it can be seen that there are mostly supportive, but mixed reactions toward the anti-terrorism operations in the region. The government will need to implement constructive PR policies to re-establish trust with the second group mentioned while maintaining it with third group. In addition, it will also need to develop a policy that will win over the first group, which has stuck, mainly as a result of ignorance, to an ideologically fixed position that supports the PKK.

THE HDP LOST THE TRUST

Here, it is also crucial to highlight the HDP's condition. In the public eye, the HDP's political achievement in the June 7 elections was an opportunity to end the decades-long armed conflict permanently through finding a political solution in Parliament. However, immediately after the June 7 elections, contrary to public expectation, the HDP chose to side with the PKK and elevated its rhetoric of violence, hence the results of the Nov.1 elections and decreased support from the public.

The HDP won a large number of votes from liberals and leftists in western Turkey and also from hopeful conservative Kurds in eastern Turkey with rhetoric that the party is now a party of the whole country. However, its insistence to not disconnect itself from the PKK has made it a marginal political voice, which is now also criticized by many Kurds. In addition, the party's rhetoric post-June 7 also showed how genuine they are when it comes to their claim of being the party of the whole country.While having a pro-Kurdish party in Parliament enriches Turkey's democracy, as shown by the initial support by the people in the June 7 elections, it is also not acceptable for any democracy to accept or tolerate an entity that supports terrorism. Now, the judicial process will determine and shape the future of several HDP deputies for their alleged support for the PKK.

Given the social and political situation above, the government will need to reassess the shortcomings of the reconciliation process and examine the opportunities, if any, with the current social, economic and political policies on the people of the region.

During the new process, or the new phase of zero tolerance for terrorism and consultation with Kurds, of dealing with terrorism, the government must develop a policy for after the anti-terrorism operations end through an in-depth understanding of the region's social dynamics before it is put into action.

During the reconciliation process, various social groups in the region, including conservatives, prominent figures, opinion leaders and other liberal groups, criticized the state for not reaching out to them and holding reconciliation talks only with the HDP and PKK as the main actor.

In addition, although efforts were made to reach out to the average citizen by establishing groups such as the Wisemen Committee, it was not as effective as hoped.

The hints Erdoğan gave regarding the new approach in his recent visit to Diyarbakır, suggest that the new phase will be more inclusive and will embrace various other actors in the region. More importantly, the zero-tolerance for terrorism will also help win the second group mentioned above that claims the government turned a blind eye to some activities during the reconciliation process. Erdoğan said that the only option is to bury all the weapons and inform the state of their locations. The inclusive and firm stance will find support from the people in the region as they also do not want to face the oppression of terror anymore, which have brought their daily lives to a halt, while at the same time they want to be part of the rebuilding process.

Moreover, although the majority of people show support for the recent anti-terrorism operations, as they are fed up with PKK oppression, they have questions regarding the region's future. These questions are mainly socio-economic, as there has been major infrastructural destruction due to the terror activities. Here, the government will have to explain its side of the story well, through effective public relations mechanisms, and rebuild trust-based relations with the people that will make them believe that the state is on their side. Effective economic development in the region, coupled with social development policies for the people, will disconnect the terrorists from the people of the region. However, the long-term effectiveness will depend on how well a relationship is built with the average citizen on the street, who is more vulnerable and easier to exploit by the terror group. For this reason, the PR field mission is crucially important in the next phase of dealing with terror in the region.