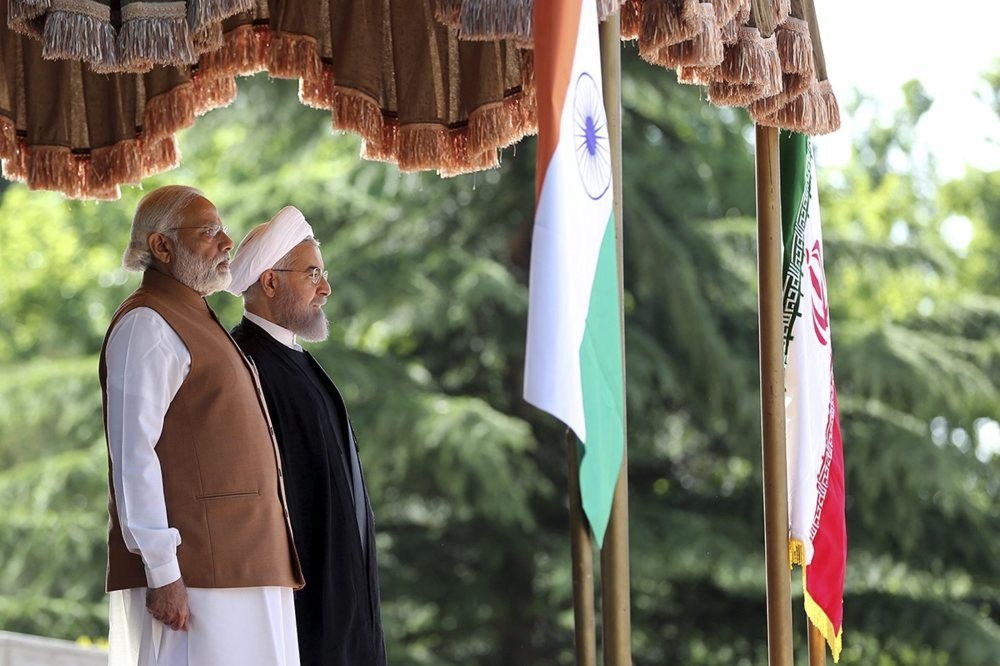 Tehran surprised the Muslim world with its warm welcoming to the prime minister of India, Modi, who in 2002 was repeatedly accused of turning a blind eye - or even encouraging - the pogrom carried out by Hindus in which tens of thousands of Muslims were killed for being Muslims

On May 23 the prime minister of India was given a red carpet welcome by the president of Iran when he arrived on an official visit to Tehran. This sort of state visit is part of a circus of diplomacy, and only official propagandists and participating politicians get overly excited about them. Yet, there was something special about this visit: The Indian prime minister happens to be Narendra Modi. That is, the same man who in 2002 was in charge of the state of Gujarat and has repeatedly been accused of turning a blind eye - or even encouraging - the pogrom carried out by Hindus in which tens of thousands of Muslims were killed for being Muslims and hundreds of thousands were forced to leave their homes. Modi has never expressed any remorse or apologized for his actions and inactions to protect Muslims from this rampage of murder and rape.

He was actually banned from visiting the European Union and the U.S. for 10 years after the pogroms. Now, even as prime minister of India, he remains a controversial and divisive figure for many people across the world, and his official visits abroad are met with protests, such as the ones in Britain and the U.S. last year and in Brussels earlier this year.

Among the so-called leaders of the Muslim world, his reception has been different. Riyadh conferred upon Modi its highest civilian award when he visited the Saudi state last month. No thinking Muslim expects anything better from Riyadh, but for many of us who believed that the Islamic Republic of Iran stood for something beyond its mere national interests, it is particularly disappointing to see Tehran is willing to follow the Saudi clan in their willingness to reward those who murder Muslims on an industrial scale.

No doubt the defenders of Tehran would argue that there are good reasons for Tehran to afford Modi such treatment, and no doubt they will point to the principled stance Iran took a few months ago when a planned banquet at the Elysee Palace was cancelled when the French refused to meet the Iranians demand that no wine should be served at the table. Iran it seems has joined most other Muslim countries in its willingness to defend Islam over matters of wine, but not over the shedding of Muslim blood.

Modi's visit is part of a sequence that has seen Iran make a number of foreign policy moves that have done much to dissipate the capital of the Islamic Revolution. This series of foreign policies maneuvers are not isolated errors, but rather have a family resemblance. Taken together they signal a radical retreat from the principles of the Islamic Revolution at their best and an attempt to embrace a discredited realpolitik of the nation-state at its worst.

Iran like other countries has been completely flummoxed by the so-called Arab Spring. In response to the Arab Spring, it has taken a series of miss-steps and managed to be boxed in by the various fallouts. There was no reason for Iran to have been so unwavering in its support for the Baathists of Damascus.

What Bashir Assad needed in the first months of the uprising was a "critical friend" - not a blank check. There was no strategic reason why Iran could not have been the agent of a "perestroika" in Syria rather than a defender of a brutal Baathist dictatorship. Even if you argue that Tehran needed a strong Syria as a bulwark against encirclement, what they ended up having is a broken Syria. Iran's Syrian policy has been both a moral and practical failure.

The leadership in Tehran made the same mistake that Washington has been making for a hundred years: trusting dictators rather than the people. As dividing lines between the people and the brutal dictatorship of Assad and his cronies were being drawn on the ground, Iran had a historic opportunity to play the role of supporter of the Syrian people and helping a process of transformation rather than civil war. However, it refused to take this path and opted to support a tyrant and to help the fan flames of sectarian conflict.

The defenders of Tehran would argue that there are good realpolitik reasons for Tehran to afford Modi the red carpet treatment and give unconditional support to Syrian leader Bashar Assad. Effective statecraft, however, does not dismiss the moral dimension. The contrast with the leadership of Ayatollah Khomeini who did not compromise over the use of chemical weapons, even to retaliate against Saddam Hussain (whose use of these weapons was aided and abetted by the U.S. lest we forget) could not be sharper.

The real tragedy is not that Iran seems to be in danger of surrendering its principles, but rather that without those principles, it will lose its unique legitimacy, and without legitimacy a government is simply a tyranny. The decision makers in Tehran following these policies will turn around and say that have sacrificed much in their personal lives to follow the imam's line, that the people of Iran have endured much to maintain the spirit of the Revolution, and now they will put the people first. It is not possible to put the people first by putting your principles last.