A glance at Islam Karimov's authoritarian legacy in Uzbekistan 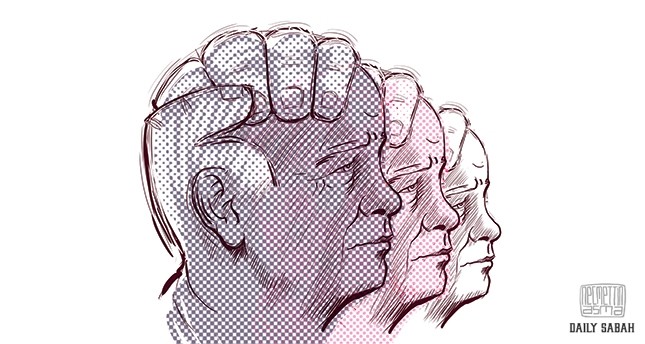 Karimov ruled over Uzbekistan in a neo-Stalinist manner that could be labeled as a dictatorship instead of soft-authoritarianism. In this sense, Uzbekistan still seems reminiscent of the Soviet era patrimonialistic governance that was even abandoned in Putin's Russia or Lukashenko's Belarus over the course of time

The post-Soviet Central Asian republics have reached a quarter-century of independence in the wake of the fall of communism. However, authoritarian deadlocks in their new polities soon after the Soviet collapse have hindered a full-fledged post-Communist transition to a democratic state and an environment of civil society. Because, the personalization of executive state power in Uzbekistan under Islam Karimov, Kazakhstan under Nur Sultan Nazarbayev, Kyrgyzstan under Askar Akayev, Turkmenistan under Saparmurat Niyazov (Türkmenbaşı) and Tajikistan under Emamoli Rakhmanov ossified constitutional autocracies in their geographically shaped region. Therefore, the Central Asian republics can still be regarded as autocratic and quasi-autocratic regimes - fairly except Kyrgyzstan, which broke off from such a path-dependency and tended towards electoral politics after the so-called Tulip Revolution in 2005.

However, one might also classify Uzbekistan under another file in which the term autocracy would not sufficiently define Islam Abduganiyevich Karimov's quarter century of rule since the country gained its independence in 1991 from the former Soviet Union. The Uzbek strongman died at the age of 78 due to a stroke and he was buried in his home city of Samarkand last week. Karimov ruled over Uzbekistan in a neo-Stalinist manner that could be labeled as a dictatorship instead of soft-authoritarianism. In this sense, Uzbekistan still seems reminiscent of the Soviet era patrimonialistic governance that was even abandoned in Putin's Russia or Lukashenko's Belarus over the course of time.

As the Secretary of the Communist Party of Soviet Uzbekistan in the age of glasnost and perestroika, Islam Karimov came to prominence after the conservative August coup d'etat against Mikhail Gorbachev in 1991. When Uzbekistan became independent on Aug. 31, Karimov rose to power by suppressing his opponents and, with the help of Moscow, he was able to consolidate his rule through empowering executive authority in the seat of his presidency. Like many other post-Soviet states, Uzbekistan made a constitution in 1992 that nominally guaranteed a rule of law state, separation of powers as well as human rights and some other civil liberties to its people.

But in reality, Karimov took strict control of the state and society as some other parties like Erk Liberty and Islamic Renaissance unified against him in the early 1990s. The state gradually became very authoritarian under his omnipotent power that suppressed opposition parties and business circles with the help of an etatist interpretation of law and justice. Hence, the Uzbek state has been transformed into a rule by law oligarchy that directly served the leader's cult as seen all across Central Asia and the Caucasus. Needless to say, Karimov also used media as a massive state propaganda machine that could only be compared to the Soviet times.

Under these circumstances he was able to extend his terms through referendums first made in 1995 and then in 2002 and 2014, which enabled him to be elected four times consecutively as the president of the Central Asia's most populous country. No doubt, Karimov is believed to have rigged elections, none of which have been deemed free and fair by credible international observers, hereby regarded as sham elections. Last year, Islam Karimov received 90 percent of the popular vote in the presidential election with a lack of any genuine opposition.

Karimov's undulant political power inside has also affected the country's foreign policy, as he mostly preferred isolationism between Russia, China and the West. Yet, the country's membership in the Shanghai Cooperation Organization in 2001 approximated Tashkent to the regional capitals instead of non-regional alliances. Uzbekistan twice became a member of the Russian-led Collective Security Treaty Organization (CSTO) and finally left the membership in 2012, but it resumed being a part of the Commonwealth of Independent States, which gathers nine out of the formerly 15 Soviet constituent republics under the auspices of Russia's near abroad policy.

Overall, Uzbekistan can be counted on as a staunch Russian ally, especially after Karimov ordered the closing of the U.S. air base on its soil in the wake of the bloody Andijan events in 2005. Tashkent had welcomed the U.S.'s war on terror campaign during the Afghan invasion in 2001 and opened its Karshi-Khanabad air base to the service of the Pentagon. Americans used the air base for the bombardment of the Taliban regime to whom Karimov was also against in the region. But, the relations went awry when the U.S. administration condemned Uzbekistan and called the U.N. Security Council to investigate the Karimov regime's human rights abuses in Andijan.

FIGHTING WITH RELIGIOUS RADICALISM AS A MEANS TO JUSTIFY AUTOCRACY

The Andijan massacre properly represents Karimov's battle with radicalism and insurgency, which mostly originated from the Fergana Valley. Stretching between Uzbekistan, Tajikistan and Kyrgyzstan, Fergana has become the hotbed of religious radicalism, militancy and ethnic clashes in Central Asia from the onwards of the Soviet invasion of Afghanistan to the Tajik civil war in the 1990s. Radical groups like the Taliban, Hizb'ut Tahrir, Akromiya and Islamic Movement of Uzbekistan (IMU) started to dominate the region in general and Uzbekistan in particular at the dawn of the century. At the very beginning, first and foremost the IMU set off its goal as founding a sharia state in Uzbekistan by overthrowing the "irreligious" Karimov regime. Later on, the group has enlarged its aims as it pledged allegiance to al-Qaida and participated their calls for so-called "global jihad" after the U.S.'s involvement in Afghanistan and Iraq. The group finally declared its loyalty to DAESH and designated itself as the Central Asian branch of the terrorist group in 2015.

Karimov's response to those radical groups was very harsh when the IMU carried out several car bomb attacks in the capital Tashkent in 1999. Karimov reciprocated with state terror to the terrorist challenge and torture has become very common in Uzbek jails, especially for inmates who practice or worship and were thus assumed to be members of the terrorist cells in the country. One might say that while Karimov's brutal attitude exacerbated religious radicalism on the one hand, he also justified his dictatorial policies and crackdown on militant insurgency through securitizing the acts of religious groups on the other. Such a hostile environment between the Uzbek state and the aforementioned militant groups reached its peak when a U.S.-led NATO operation killed Juma Namangani, one of the two f

ounding fathers of the IMU together with Tahir Yuldashev. The militant group also backed by the Taliban increased its violent presence in 2004 and continued to launch terrorist attacks by targeting state officials in Uzbek cities.

However, the single most violent event occurred on May 13 in 2005 when the Uzbek security forces fired into a crowd of people who were protesting the arrest of 23 businessmen in the city of Andijan located in the Fergana region. The businessmen were believed to be members of Akromiya, an extremist group that was founded by Akrom Yoldoshev who broke the movement from Hizb'ut Tahrir with the aim of establishing a local sharia state in Uzbekistan. Allegedly, a band of heavily armed militants stormed a jail where the businessmen were kept, had triggered mass protests from the day before. The Uzbek government has blamed the IMU and Hizb'ut Tahrir as the mastermind behind the events. Meanwhile, the number of people who were killed by regime gunfire vary. The official sources say 187, but independent observers estimate the death toll to be from several hundred to 1,500 people.

Seemingly, Karimov was very cautious and on a knife-edge vis-à-vis his opposition and business clans since a color revolution overthrew the Akayev regime in the neighboring Kyrgyzstan in February 2005. Thus, from the onset of the violence in Andijan, Karimov further tightened his grip on power and labeled most of the religious groups extremist or Wahhabi in order to demonize them in the state and society. On the other side, some would also argue that Islam Karimov should be acknowledged because he did not allow the influence of Salafi interpretations of Islam into Uzbekistan, where religion matters in the forming of political and ethnic identity as well as the making of socio-economic life in comparison with the other Turkic republics of Central Asia.

Located at the heart of Transoxiana with a population of over 30 million, Uzbekistan is the gateway to opening up Central Asia, which was the cradle of Turco-Islamic civilization for centuries with its glorious cities of Tashkent, Samarkand and Bukhara. With the help of such an unprecedented historical legacy and cultural attraction, Uzbekistan has come to the fore once again as the "geographical pivot of history" for the regional geopolitics during the post-Soviet transitional era. Now, the power transition is in question after the authoritarian legacy of Islam Karimov, the lack of whom may potentially create a political vacuum in which the country's same-old problems could surface as a source of instability and insecurity.

For years, Karimov's eldest daughter Gulnara Karimova - a flamboyant political and artistic figure in the country was seen as a potential candidate, but she has been under house arrest by her father since 2014 on charges of corruption. The Uzbek constitution authorizes the head of parliament to govern the country during such transitional periods. However, the parliament has designated the incumbent Prime Minister Shavkat Mirziyoyev as the interim president of the country. The constitution obliges parliament to organize the presidential elections in the next three months. Besides Miriyoyev, the Finance Minister Rustam Azimov and the chief of national security Rustam Inoyatov so far have also been named as successors to Karimov. Their tendencies toward Russia and the West will definitely contribute to the process of power transition whereas powerful socio-economic clans can be expected to influence domestic polity in Uzbekistan.

Central Asia has a regional security complex inside and the security of each state is embedded with the others in the basin. Uzbekistan in this picture occupies a place par excellence since the country is attributed to be the epicenter of three sources of evil, namely terrorism, extremism and separatism, in Central Asia. In this sense, the country can become the focal point of the "Balkanization," a geopolitical concept that indicates inter-ethnic and religious conflicts in Eurasia. In other words, Uzbekistan seems a fragile place that might endanger the regional security complex or trigger a prospective Turkic spring in Central Asia. Given the previous concrete examples of Afghanistan and Tajikistan, the likelihood of conflict and disorder would not be a conspiracy theory, rather it stands as a historical fact and geopolitical reality in Central Asia.