Turkey-Russia: Gas and power or the power of gas 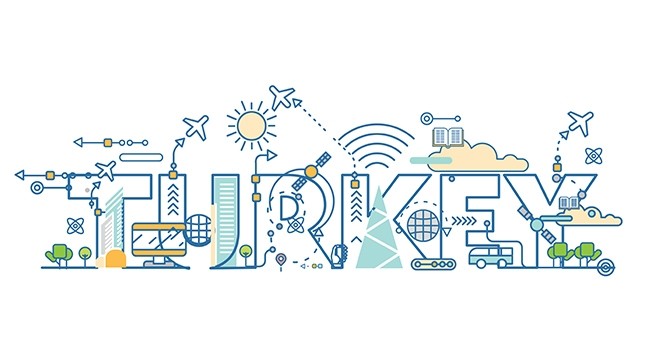 Illustration by Necmettin Asma - twitter.com/necmettinasma
by Maria Beat Oct 11, 2016 12:00 am

Today Turkey is focused on the development of diversified sources of energy to include both nuclear power and renewable energy, as well as on becoming a regional energy hub to divert gas flow from the Middle East, the Caucasus and Russia to EU markets

By the beginning of the 2000s, natural gas had become a mighty instrument of international politics. While still remaining as an indispensable source of energy, it additionally turned into a tool for the power game. This transformation was largely attributed to Russia's comeback to global politics as a mighty player, and with natural gas, its prime weapon of deterrence instead of armor and bombs.

The 2005 Russian-Ukrainian gas crisis forced the world at large to realize that energy-dependent EU countries could freeze in winter if Russia and Ukraine continued their power games. Further on, in shock and bewilderment, the international community came to admit that Russia had turned its monopoly of gas deliveries to the EU countries into the means of political dictate and became an aggressive global player that was difficult to appease.

Frictions over Crimea and Donbas were still ahead, as well as the anti-Russia sanctions and the Turkey-Russia jet crisis, when in August 2011 Russia's compromising stance on U.S. policies in the Middle East came to its end. Its position cleared up, when Russian President Vladimir Putin in no uncertain terms opposed the U.S.-sponsored plans to bomb Syria and oust its president Bashar Assad. This became a benchmark to produce a U-turn in Russian-U.S. relations. Confrontation came to replace interaction, which triggered further Russian isolation in the West, on one hand, and Russia's changing foreign political orientation, while building the sovereign policy of self-reliance, on the other. A trendy motto of the Russian political elite today is a phrase once molded by its Emperor Alexander III, "Russia doesn't have friends, but for its army and navy."

Russia has the world's largest natural gas deposits at close to 50 trillion cubic meters. They have a well-developed network of pipelines going westwards, largely built in the 1980s to deliver Russian gas to European consumers. Of those pipelines, an exception was commissioned in 2004, the Blue Stream, which is a submerged connector crossing the bottom of the Black Sea on its way from Russia to Turkey and laying the grounds for building a southern export corridor for Russian gas. By means of the Blue Stream, Russia has established a route safe from bottlenecks and other transit-related risks to supply to Turkey, 60 percent of whose gas needs are met by Russia.

Natural gas is a special commodity, and until recently, pipelines were the only means for its delivery to the final consumer. Back in the 1970s, when Russia started selling natural gas to Europe, construction of export pipelines became an indispensable element of its gas business. As such, the Soviet Union built a diversified gas transportation network stretching from Siberia and Turkmenistan to the west through Ukraine and Russia. The value-added from the network became clear after the Soviet Union fell apart and natural gas on its way to the West had to pass through the territories of the newly independent post-Soviet states, while newly independent Russia largely remained in control of those gas deliveries. Squabbles and frictions didn't wait long to start, thus making the Russian gas transportation business a precursor of the deep-rooted and intertwined intergovernmental conflicts. Ukraine alone is quite an example. Today it's difficult to say, either the Russian-Ukrainian once fiduciary relations were ruined by squabbles around gas transit through Ukraine, or a crisis in the Russian-Ukrainian interstate relations undermined their flourishing gas business.As well, natural gas is special in a way that its deposits are largely located in remote parts of the world, while the majority of consumers live in the EU countries. By the mid-90s it's became clear that transit through the territories of other countries is risky and prone to bottlenecks that impede the stability of deliveries. These globally shared concerns brought into being the construction of submerged natural gas connectors capable of saving the final consumer from potential transit-related delivery deficiencies.

Inaugurated in 2004, the state-of-the-art Blue Stream connector from Russia to Turkey was followed-up by plans to construct the South Stream pipeline across the Black Sea in order to annually bring 63 bcm of natural gas to EU consumers and build a fully-fledged southern export corridor for Russian gas. The South Stream never got off the ground: politics interfered once again and Russia failed to come to terms with the EU.

Still, the unfortunate development in no time triggered an even more ambitious plan to deliver gas to the EU markets by a pipeline passing through Turkey, while bringing on its way westwards, additional volumes of gas to the Turkish market. For Turkey, the planned pipeline would replace the Transbalkan connector capacities. Operational since the late 1970s and going from Russia to Turkey, it passes through Ukraine, Moldova, Romania and Bulgaria, and is vulnerable to the transit-related risks. Currently it supplies Turkey with 40 percent of its annually consumed Russian gas, but may be well put on stand-by after 2019 if the ongoing conflict between Russia and Ukraine continues.

Today Turkish-Russian relations are gaining momentum. They got a fresh boost last June, when the country's leaders made up after seven months of bitter rhetoric and mutual hostility. After an experienced "renaissance," as Putin put it, Turkish-Russian relations in the fields of energy, trade and tourism are now in the process of returning to their pre-crisis levels. President Recep Tayyip Erdoğan enjoys even more ambitious plans by expecting the pre-crisis levels of co-operation to be impressively exceeded in a short span of time.

Turkish-Russian relations are somewhat special: their backbone is energy co-operation, and in the gas field in particular. About 27 bcm of natural gas annually comes to Turkey making it the second-biggest consumer of Russian gas after Germany. Russia is by far the largest natural gas supplier to Turkey accounting for more than 50 percent of the Turkish gas market.

This overdependence on a single source of energy may be fraught with danger for Turkey. Certain energy experts around the world continuously advise Turkey to diversify its gas supply sources. Ironically, the overdependence is both a stimulus for deepening the Turkey-Russia co-operation and a backbone for ensuring the stability of their state-to-state interaction. The amicable resolution of the November 2015 jet crisis has revealed the country's leaders' ability to step over enmity and distrust for the benefit of joining forces in a strategic alliance.

Gone are the days when Turkish energy policy was guided by the "wait and see" principle. By now, Turkey has turned into an active player in the global energy markets, while still remaining an energy dependent country virtually living on imported natural gas. Turkey is focused today on the development of diversified sources of energy to include both nuclear power and renewable energy, as well as on becoming a regional energy hub to divert gas flow from the Middle East, the Caucasus and Russia to the EU markets.

The planned construction of the Turkish Stream will open a window of opportunity for Turkey to acquire leverage in the matters of gas supply to the EU. In turn, Russia will build a southern gas export corridor, an alternative to its traditional northern route of gas supply to Europe. To duly balance an established correlation, Turkey and Russia would both need to pursue an independent-minded energy policy based on a pragmatic approach and free decision making, while targeting mutual benefits. If the Turkish Stream comes to life, a demanding task would be to keep the established balance of Turkish-Russian interests immune from the harmful repercussions of international developments and interference of third parties.

Both Turkey and Russia have recently modified their foreign political orientation in order to pursue a far-sighted sovereign policy of broader independence and free will. It gives grounds to believe that the current boost in Turkish-Russian relations will result in a mature strategic alliance of equal partners.