The rise of extremism and racism in the West 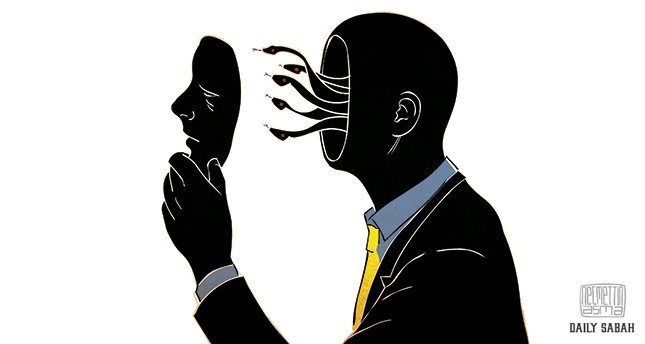 Western world is going through turbulent times, the rise of racism and ultra-nationalism is threatening the liberal values that the West is proud to possess

Normally, when the word "extremism" is used, Islam is probably one of the first things that come to people's minds in the West due to the depiction of Islam as an unfavorable religion in most Western media outlets. However, recent developments in Western countries show that extreme political views and right-wing politicians are becoming popular in Western society. Having said this, it is worth noting here that this is not a new phenomenon in the West because racism, intolerance against minorities and white supremacy have always existed in the West. In today's world, we are just witnessing these ideas becoming more visible and dominant, and they are starting to shape the political landscape in Western countries.

Nationalism and intolerance in Europe

In the 1990s, prominent Western thinkers such as Hobsbawm predicted that nationalism would lose its popularity in the future, and the sense of identity would evolve and become more globalized with the decline of the nation-state. Likewise, Appadurai and Bauman also expected the denationalization of the state in the future. However, despite the existence of supra-national entities such as the European Union, which is believed to have weakened the authority of the nation-state, extremely nationalistic, chauvinistic, xenophobic and racist views still exist and are even becoming more popular in European countries. The far-right political movement Golden Dawn in Greece, neo-Nazi organizations in Germany and racist and Islamophobic social movements, such as Pegida operating in many European countries, are only a few examples among many others. Aside from these, of course, racism, xenophobia and Islamophobia are very common phenomena, and they could easily be observed in daily life in European countries.

Furthermore, the results of recent studies have also indicated that a significant number of people are deeply concerned about the presence of immigrants in their countries and the growth of Islam in Europe. In this case, people's views are no different than their governments' practices. For instance, the reaction from European countries against the recent "migrant crisis" caused by the Syrian civil war is a practical example showing how careless Europe can be in contradiction to the values they promote.

Brexit and the European Union: Does localization challenge globalization?

In theory, the European Union is considered a supra-national entity promoting cross-border relations, and it is, therefore, assumed to challenge nationalist and racist ideas. However, despite this assumption, Brexit clearly showed that the supra-national structure of the EU that makes migration much easier between EU countries is feeding the notion of localization in the meantime. Brexit, in this case, is a useful example because British citizens who voted to leave the EU are mostly concerned about migration from EU countries to the U.K. Consequently, after the EU referendum, racist attacks against migrants and minorities rose considerably and have become more visible in society.

With these in mind, it is worth asking: is Brexit an example of localization attempts that might challenge supra-national entities such as the EU? The rise of nationalism and xenophobia on the continent of Europe shows that localization might well be the new reality of the West in the near future. Brexit, in fact, gave hope to many other far-right politicians such as Wilders in the Netherlands and Le Pen in France, who asked for a similar referendum in their countries. Therefore, it appears that Brexit encouraged and motivated nationalists, fascists and xenophobes across Europe.

Triumph of Trump in the US

Back in 2008, when Barack Obama was elected president of the U.S., many people in the West welcomed this news warmly, and reacted positively because Obama was the first black president in the history of the U.S., a country where extreme racist discourse has dominated both political and daily life for decades. However, Obama's eight years in office proved that the U.S. did not become a country that has more respect for ethnic and religious differences, and nationalist and racist incidents have remained a key issue. Under the leadership of America's first black president, black people were ironically one of the biggest losers in terms of poverty and unemployment, and the number of black people killed by police was tragic.

However, with the famous proverb "Better the devil you know" in mind, American voters have just elected Donald Trump as the 45th president of the U.S. Trump is well-known for his racist views against "others," such as Muslims and black people. Actually, he has been labeled as racist, sexist and xenophobic by many in the U.S. For example, while he was campaigning for the presidency, he was literally – and quite seriously – talking about banning Muslims from entering the U.S., a ridiculous proposal to make. Interestingly, in just a few days since the election, we have already seen the consequences of the decision of the American people. For example, the number of racist attacks against minorities has substantially increased since election day, something that is very similar to the rise of racist assaults in post-Brexit U.K. In fact, according to Al-Jazeera, these kinds of incidents have increased by more than 85 percent in the U.S. since Trump declared that he would run for president.

As a result, it can be concluded that all of these events show us that the Western world is going through turbulent times, and multiculturalism is in serious crisis. The rise of racism and ultra-nationalism is threatening the liberal values that the West is proud to possess. We are witnessing the rise of white supremacist "extremism" in the heartlands of the birthplaces of democracy and liberalism. The main danger here is that with these events becoming more common, it is very unfortunate that racism, chauvinism, ultra-nationalism, xenophobia and Islamophobia are becoming "ordinary." Moreover, another great danger is that the Brexit vote in the U.K. and the election of Trump in the U.S. are both interpreted by racists as something that justifies their racist behavior. To deal with these dangers, sensible people in the West should keep fighting against these "extreme ideologies."

By the way, finally, I must also note here that some in Turkey seem to have welcomed the victory of Trump because they claimed that Hillary Clinton would have made a worse president. This feeling stems from the fact that the policies of the Obama administration in the Middle East were hypocritical in many cases. I completely agree with this notion and further understand the disappointment the image of Obama created in the eyes of many people in Turkey. However, a reasonable person should not embrace the victory of Trump at all. He is an obvious threat to the idea of multiculturalism. Period.