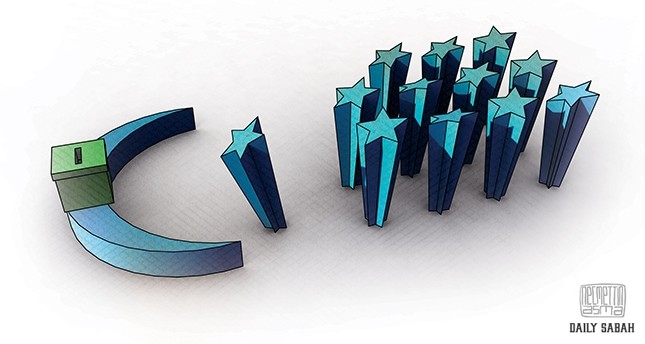 Uzbekistan's new president after the Dec. 4 elections will impact life not only in the country but also its surrounding region

On Dec. 4, the Republic of Uzbekistan will go to elect a new president. The post-Soviet economy is running an early presidential election due to the demise of its first president, Islam Karimov. The coming change at the helm of power is expected to impact life in the country and the surrounding region. For the past 25 years, President Karimov steered Uzbekistan's sovereign and independent development and successfully managed to ensure impressive stability in the land-locked country located in the heart of Asia with a population of about 30 million people.

Uzbekistan has prosperous neighbors in Kazakhstan and hydrocarbon rich Turkmenistan while it is separated from warring Afghanistan by a 137-kilometer-long border. Afghanistan's proximity to the Fergana valley in Uzbekistan, home to half the country's population and a site of ethnic and radical Islam outbursts back in the 90s, makes Uzbekistan vulnerable to infiltration from the Taliban and militant terror groups that increasingly trigger unrest and disturbance in the Central Asian region. Through all the post-independence years, Uzbekistan remained safe from civil war and the sectarian conflicts that have engulfed other post-Soviet republics at the dawn of their independence. Peace and stability is an asset of Uzbekistan's independent development to safeguard the Central Asian region.

Reforms and transformations, initiated by independent Uzbekistan in the early 90s, were carried out step-by-step in an effort to generate stable results by means of attaining slower progress in comparison with other post-Soviet economies. Uzbekistan refrained from opening the country up to an uncontrolled inflow of foreign capital, which marked a dramatic difference with neighboring Kazakhstan and Kyrgyzstan, as well as their national policies of the time.

Targeting rapid integration into the world economy, Kazakhstan in no time created an investor-friendly climate backed by a robust privatization program that generated an economic boom at the end of the 90s and earned it the name of a Central Asian Tiger Economy. Still, the progress has made the country highly reactive to market volatilities and crisis disturbances, particularly in its oil and gas sector. In contrast, the lesser globally integrated Uzbekistan managed to stay relatively stable and immune to market fluctuations when the world economic crises started at the beginning of the 2000s. A graudual accumulation of internal resources has served Uzbekistan well: for the past 11 years its GDP has kept steadily growing at about 8 percent a year.

From the start, Uzbekistan showed skepticism toward the added value of the IMF and the World Bank suggested reform models. As a result, continued following a way that soon became known as the "Uzbek model." The pillar of development is self-sufficiency backed by reliance on domestic resources under the control of a central power. The country's government is the reform-initiator and runner in pursuit of making Uzbekistan a modern market-oriented economy guided by the principle "don't ruin the old home until the new one is built." As such, Uzbekistan today combines the breakthrough achievements of modern development with the realities of the Soviet times.

Uzbekistan was regarded by the Soviet Union as its agricultural base for raw cotton production. Today it is an industrially developed nation, and the agricultural share of its national economy has dropped down from 33 to 16 percent during the period of 1991-2015. Nevertheless, raw cotton production continues to be a prime mover of its agriculture and ranges within 3 million tons a year. The production level is less than in Soviet times, but still makes Uzbekistan the world's sixth biggest raw cotton producer and fifth biggest exporter. At the same time, cotton processing has boosted dramatically, increasing from 7 percent in 1991 to 55 percent in 2016, and has attracted direct investment of around $2.5 billion. As a result, cotton refineries and textile factories meeting international standards came into being in Uzbekistan and formed the backbone of its textile industry.

The industrial development of Uzbekistan started with the acquirement of economic independence chiefly in the field of energy. About 30 percent of the hydrocarbon reserves in Central Asia are located in Uzbekistan, but were kept underdeveloped prior to its gaining independence.

Today, Uzbekistan is among the world's top 10 natural gas producers. It has become a major gas exporter along with commissioning the Central Asia-China Gas Pipeline network in 2010, which ended its complete dependence on the Russian-controlled export pipelines. Uzbekistan's annual deliveries to China currently total 10 billion cubic meters (bcm) of gas and are expected to increase substantially with the commissioning of the network's D Line. Russia is another major Uzbek gas importer and deliveries for the first six months of 2011 totaled $5 billion.

In line with increasing production, Uzbekistan is continuously expanding the domestic gas distribution network in pursuit of providing every household with gas in the near future. Annual gas production currently totals 60 bcm, half of which goes to covering the domestic market demand.

Passenger car production is another key asset for modern Uzbekistan as the only post-Soviet economy that created its automobile sector from scratch. GM Uzbekistan annually makes about 250,000 passenger cars, including the recently launched production of the Chevrolet Aveo T250, Chevrolet Tracker crossover, Chevrolet Sonic hatchback and Chevrolet Impala business class sedan. GM Powertrain Uzbekistan runs the automobile engines plant, the only one in Central Asia and inaugurated in 2011 by then State Secretary Hilary Clinton. It annually makes around 200,000 engines, meeting the highest technological and ecological requirements.

Russia has become the main importer of the Uzbek-made passenger cars in dramatic contrast with Soviet times, when every second car sold in Uzbekistan was produced in the Russian Federation. Russia's currently worsened financial situation badly affects its buying capacity and about 5,000 Uzbek-made cars were sold in Russia in the first quarter of 2015. This marks a sales drop of 58 percent in comparison with the same period of 2014, when sales were reaching 12,000 cars.

In terms of location, Uzbekistan is a landlocked country and doesn't have access to the sea trade routes or international ports. The country virtually sits at the cross roads of traditional land routes from Asia to the rest of the world and its location at the heart of Asia makes Uzbekistan an important player in international politics. The past two decades have revealed that keeping good relations with sovereign Uzbekistan is of paramount importance for those who have interests in Central Asia, namely Russia, China, U.S. and the EU. It is apparent as well that to balance their interests Uzbekistan will have to resort to sophisticated foreign political maneuvering.

For Uzbekistan, Russia and China are the balancing power centers and relations with them are the backbone of its foreign policy. In 2001, the U.S.-led coalition combat operations in Afghanistan gave a boost to Uzbek-U.S. interaction that motivated the country to host a U.S. air base at Hanabad, Karshi. The rapprochement turned out to be short-lived, however, and the base was taken back in 2005 after the U.S. expressed its disappointment with Uzbekistan's handling of a mutiny by religious radicals in Andijan, Fergana Valley. Uzbek-U.S. relations sharply deteriorated after that and despite returning to normal by 2011, failed to materialize into a fully-fledged partnership, being outweighed by the exclusive Uzbek-Russian relations.

Russia and Uzbekistan are tied together by strategic relations, though Russia's policies towards Central Asia at large and Uzbekistan in particular lack a systematic approach. Still, the countries have substantial interests to share regardless of the existing differences in approaches to certain regional matters of importance. The countries enjoy successful co-operation in the framework of the Shanghai Cooperation Organization (SCO), but fell out at the Collective Security Treaty Organization (ODKB). As a result, in 2012 Uzbekistan put on stand-by its ODKB membership for the second time despite being one of the ODKB founders back in the 90s. Uzbekistan considers the ODKB Charter provisions to conflict with the guiding principles of its national policy. It is a staunch opponent of adherence to military alliances and dispatching military contingents to the territory of third countries. The government of Uzbekistan does not show any immediate plans of resuming its ODKB membership while a NATO representative office was opened in Tashkent in 2012.

Spiraling chaos in the Middle East bears the danger of expanding the terror threat in Central Asia, which brings the issue of multilateral military and strategic co-operation to the core. Focusing on this co-operation in the immediate situation without abusing the established balance of interests in the region may well require speedy solution pretty soon.