Trump needs to act now on fake news to teach CNN a lesson - if not for its executives, then at least Macedonian kids 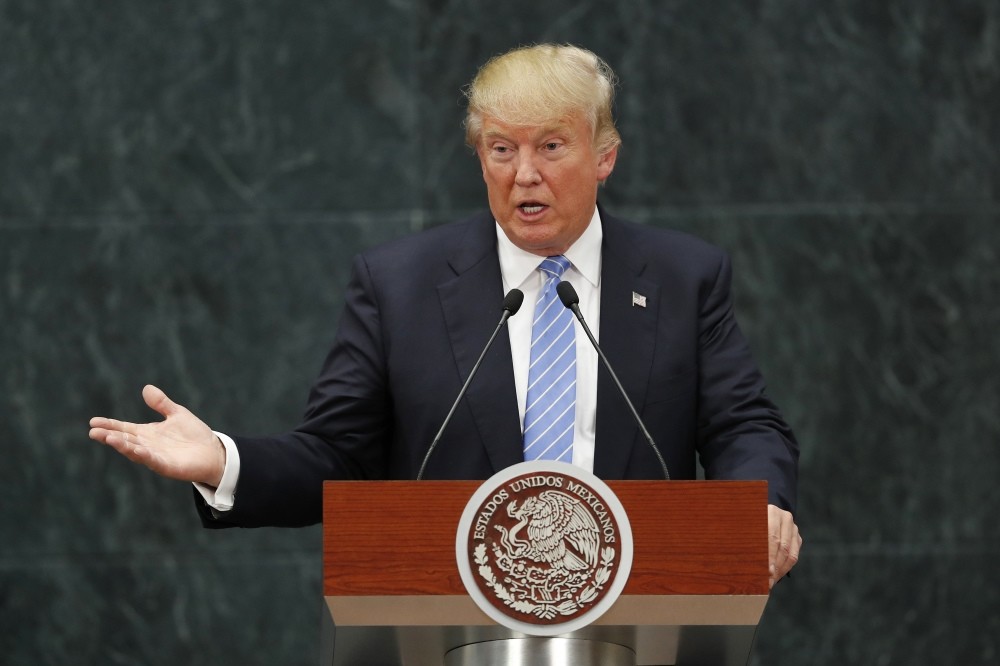 Donald Trump appears to be back-pedaling on many of his election promises. But his fervor toward mainstream media and its fake news needs to continue. Steve Bannon, his top adviser and media expert, should create a media charter that monitors both journalists and outlets

Has the world gone completely bonkers? As I sip my morning coffee and glimpse at the headlines, I cannot help thinking it has. Tony Blair is to start a new anti-Brexit party in the U.K. while the prime minister signs off on sending British troops to Poland to support NATO's lunacy against Russia. Fidel Castro has died and is hailed as great leader and champion of liberty. The EU gives its own top dogs a 3 percent pay rise while Turkey prepares to shake its very foundations with millions of refugees that President Erdogan has threatened he will release into the 28-nation bloc following a total collapse of talks with Brussels.

You can't make it all up, can you? And yet perhaps all of the above was made up. Perhaps it is all fake news now that the cat is out of the bag on this subject of how mainstream media has been making up their stories for years. Recently a university professor published a list of what is considered media outlets that habitually process fake news - which included CNN of course - while Russia Today's firebrand reporter Anissa Naouai blasts fake news in a webTV segment thus: "F**k fake news, its real news we need to be watching out for."

Confused? You should be. For journalists the distinction is clear enough but for the greater gullible public the lines are blurred. What Naouai is banging on about when she talks about "fake news" is the amateur "news" that has been created on Facebook by individuals who have literally made up a story to amuse themselves or see how many clicks and followers they can derive. Mainstream media in the U.S. recently ran a string of pieces about how most of the stories that made a difference to the U.S. elections were in fact fake news pieces from Facebook made up by kids in Macedonia.

And what the U.S. networks would like you ideally to believe is that "fake news" is only associated with this group and not with MSM, i.e themselves. This is actually almost fake news in itself.

After campaigning to expose fake news for most of my career - but mainly in Brussels where it is part of the furniture - I can tell readers of my humble column that this is simply not true.

What I would argue is that the kids in Macedonia who went ahead with crazy stories about both U.S. candidates and saw the millions of clicks, were led by CNN and others. These days, ludicrous, fantastic stories with headlines that can make your jaw drop, can be produced without fear from, say CNN, who calculate that the millions of views they can get is worth the fallout the next day when people complain - and then the network is forced to make a change to a piece on the internet, at best, or at worse apologise on air. Fake news for MSM is a business. It is a traffic winner. It is a calculation that has proved to be a winner. And it takes many forms.

But who is going to crack down on it? The state? Normally one would assume that would be its role in any true democracy, but when you consider what happened recently at a State Department press conference, you begin to quickly realize that the state is culpable also as it allows fake news to flourish for the simple reason that when it requires those same networks to peddle its own fake news gems, it knows they will comply. Thus, when the U.S. state department announces "news" to a packed auditorium of journalists that it has evidence that five hospitals in Aleppo were bombed by Russia - but then says it doesn't have the names of them or indeed has any evidence whatsoever to support what it is offering as fact, then you would think that the press would not accept that and refuse to write up the "facts" of the press conference, right? But this is what is happening every day both in Washington and Brussels. Journalists are being given announcements and offered "news" with no solid facts to back up aspersions and they humbly go back to their offices and write up the "reports" without any fact checking or asking the same officials difficult questions.

In November one foreign correspondent shook the establishment by standing out and doing just that. Asking for verification to the Russia bombing story of hospitals in Aleppo. It was a Russian journalist and the response from the State Department official was staggering for most, but not for seasoned journalists who know the game. She was immediately chastized like an irreverent child in front of the class of pupils.

Most of what we read as reports from Washington and Brussels are fake news. To call it unattributed is to do it justice and give it credence. It's entirely made up news and both Washington and the EU use this power they have to steer huge decisions and geopolitical conflict one way or another. If you think this is how only poor countries with authoritarian governments behave, then you are very naive. The U.S. and EU have been doing this for 20 years when they first discovered that U.S. journalists who were embedded with the military could be relied upon to report anything they were told by senior military figures. The fact that they were not at their desks in DC but on a battlefield seemed to galvanize the credibility of the fake news they were being handed. In fact, it goes way back even before the first Gulf War as Noam Chomsky points out all too well in "Manufacturing Consent" where he regales U.S. journalists for being too close to state department officials in the world's hotspots for "facts." It's a common joke among foreign correspondents that the sloppy ones usually get their best briefing on a country's demise from the taxi driver at the airport who drops off the hack at his hotel. Yet sloppy journalism is taken to a whole new level for American journalist who rely entirely on U.S .government officials for all of the facts on the ground - a point made very well by Naouai when she accused CNN's Christiane Amanpour in 2014 for taking the U.S. State Department line in all of her reports made in the troubled corners of the world, starting with Yugoslavia in the late 90s. The 20-minute tirade that made the CNN legend look a fool was edited out of the CNN show, but the Russia Today network showed its entirety - itself a poor reflection on both CNN and its star anchor. Dirty tricks, fake news and video tape.

And here's the rub. If the world is going to continue shocking us with its decisions and wackiness which produces rank outsiders like Donald Trump, who academics like Chomsky recently told al-Jazeera "Trump has ideological" grounding other than himself, then what will be the new role of both media and state?For the EU, its crisis can be solved simply. It wants to create an EU army so that it can distract the EU public away from its own failings as initially a single market - which hasn't created jobs for Europeans - and now as a superstate. Post-Lisbon Treaty and the powerful EU is not even invited as a mere observer to the Syrian peace talks and has made a total mess of the Syrian refugee crisis. This is what happens when an experimental EU foreign policy agenda doesn't have either the vision nor the high caliber people to carry it off. So now the EU needs a war as it's almost collapsed as a pseudo super state and will now resort to flying in (free of course) hundreds of its own journalists who crossed the line years back and became PR serfs to the project, to dutifully go to that said war and write up the reports "embedded" style. You get the picture. You've seen it all before with both Gulf Wars. The EU needs high profile press coverage as its own regular daily coverage from Brussels know is disingenuous. What we really need is an onscreen logo when journalists report from Brussels that represents a kind of Channel Four porn warning for toddlers. It should show viewers that the reporter is reporting on statements and assertions that he or she cannot possibly verify and that all the of the "information" provided actually comes from the European Commission's press service.

WILL TRUMP BE THE CLARK KENT IN THIS DIRTY MEDIA?

But who will usher in such a new world order? Trump? Despite showing how angry he is with most of the mainstream giants of U.S. media, he will no doubt feel as though their weakness could become his strength. In my view, one of the greatest challenges Trump will have is to install some discipline in the media but it's an old argument that surfaces here: how can a democratic country regulate its own media? The same argument came during Britain's Leveson enquiry in 2011 after tabloid journalists were caught hacking people's answerphone messages.

Trump has already back tracked on so many campaign pledges - prosecuting Hillary, building a wall on the Mexican border and Obamacare - but now we have to wonder how far he will go in crusading for a better, fairer media when he has it exactly where he wants it. But Steve Bannon, a former media heavyweight, could create a media charter, which if done right, the rest of the world would follow. There needs to be a new media accord in the U.S. that punishes the giants of media for fake news; there needs to be something in place that not only shames partisan journalists but hits the news networks who harbor them with fines. It was the Trump election itself that exposed the fake news, so it should be Trump's first term priority to do something about it. He could and should fine those TV networks hundreds of thousands of dollars each time they run a story that can be proved has a political agenda attached to it, or one that has simply been sexed up simply to garner traffic. The money taken from them could be given to bona fide journalism centres which fund freelance journalists to make real news. That is, of course, if anyone even remembers what that is anymore.*Freelance journalist based in Beirut who works for a number of British titles as well as Deutsche Welle TV
Last Update: Dec 01, 2016 2:44 am
RELATED TOPICS