Fidel Castro: Some kind of a man for friends and foes 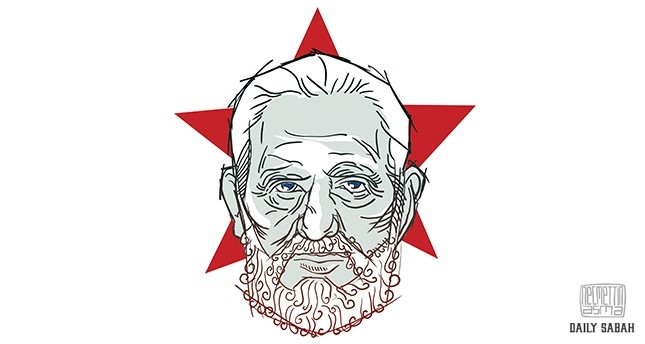 Castro symbolizes the possibility of a different world order, a world in which justice could prevail. In short, he symbolizes hope

The death of El Comandante Fidel Castro has again demonstrated a global fault-line between the north and south. In general terms, the commentary from Western plutocracies stressed his human rights record and the current economic devastation of Cuba. By and large, among those of the global south and a few statesmen in the north, there has been recognition of the accomplishments of Castro at home (universal access to health and education) and abroad (support for anti-colonial movements) and, in particular, his achievement in withstanding for 50 years the state of siege imposed upon him by the United States. They fail to mention his government's persecution and repressive policies towards homosexuals, who Castro called "counterrevolutionaries" in the post-revolutionary period – a position he would publicly regret five decades later. Among his critics and fierce foes he was a dictator who repressed his own people, established a one-party system and prevented the development of a free press. The numerous hindrances to his project that came from abroad – in particular from the United States – are absent from the commentaries of those who condemn him.

Yet, these controversies miss the key point that underlies Castro's place in history – the global context in which he lived, in which the struggle between the United States and the Soviet Union was overlaid with the struggle between white supremacy and anti-colonialism. The Cold War setting contained not only capitalism and communism, but also the third world. In this sense, the Cold War restricted his and his followers' options, while also enabling them to project themselves into the global context. Critics and supporters of Castro are oblivious to the fact that the chains of causality of his actions do not end on the shores of Cuba.Castro became, and remains, an icon of the global south because he continued to resist Western imperialism. He embodied the possibilities of breaking the chains of colonial rule. For many decades the Cuban leader became a beacon of hope for liberation movements in Latin America and Africa. He was friend and ally in these struggles, deploying military as well as medical personnel to help in conflicts such as the Sandinista Revolution in Nicaragua, the South African anti-apartheid movement and the anti-colonial independence struggles in Angola and in Algeria.

The process of becoming and developing a new social, economic and political project in Cuba, however, was hindered by U.S. policies toward the new regime – the decades-long economic embargo, the multiple attempts on his life, the failed CIA-sponsored 1961 Bay of Pigs military invasion, the refusal to return the territory it holds on the island (under a lease that only allows the U.S. to use it as a coaling station) where an American navy base houses the notorious Guantanamo Prison. These policies triggered in the early Cuban revolutionaries a siege mentality that pushed them further and further into the Soviet sphere of influence to the point of becoming increasingly dependent on the USSR and even asking Moscow to place nuclear missiles on its soil, as the only guarantee against a U.S. invasion, which, paradoxically, also threatened Cuba's very existence.

But beyond Fidel's accomplishments and failings, his figure has long thrown light on the person who is making the judgment about the measure of his contributions. If his death has highlighted the deep fault across the social and political horizon regarding his legacy, it is only because Castro's figure has acquired a unique and unusual power to reflect back onto us what we would like our place in the world to be. While his supporters point at the health and education and equality that the Cuban revolution brought to its people and his inspiration and support to other liberation movements in the third world, his detractors stress the political repression, homophobia and lack of political elective processes and an independent press on the island. Yet, this is not the old and well-trodden dichotomy between freedom and equality – a dichotomy that remains apolitical. The power of Castro's figure and legacy is that it politicizes everything or, rather, it conveys in itself the possibility of expanding the domain of the political beyond the contours defined by national borders or by politics as usual.

Castro has to be understood as the founder of a new regime and the main figure of a project to establish something new. The act of founding is always a violent act. As such it requires the reorganization and the rethinking of what is considered to be violence. That is, it politicizes what until then had been considered to be "structural" – the series of systemic violations that we become inured to. Western political elites and large sections of their public opinion continue to be blind to the violations they commit through the operation of complex arrangements that impoverish and brutalize and bomb much of the world. Those who resist this system of violations are attacked for their violence. Castro is part of the anti-colonial pantheon of Third World figures who dared to condemn imperialism: Mao Zedong, Nasser, Khomeini, Malcolm X, Ho Chi Min and Kwame Nkrumah.

Castro symbolized the possibility of a different world order, a world in which justice could prevail. In short he symbolized hope. It is precisely because he symbolized hope that Western supremacists cannot fathom why he is considered to be an icon. Perhaps Castro reminds them that the purchasing power of their claim to be the engine of emancipation is a hard sell with a short shelf life, and if the West is not about bringing freedom to the world – then it poses the question: What is it about?