Significance of slacktivism for Syria 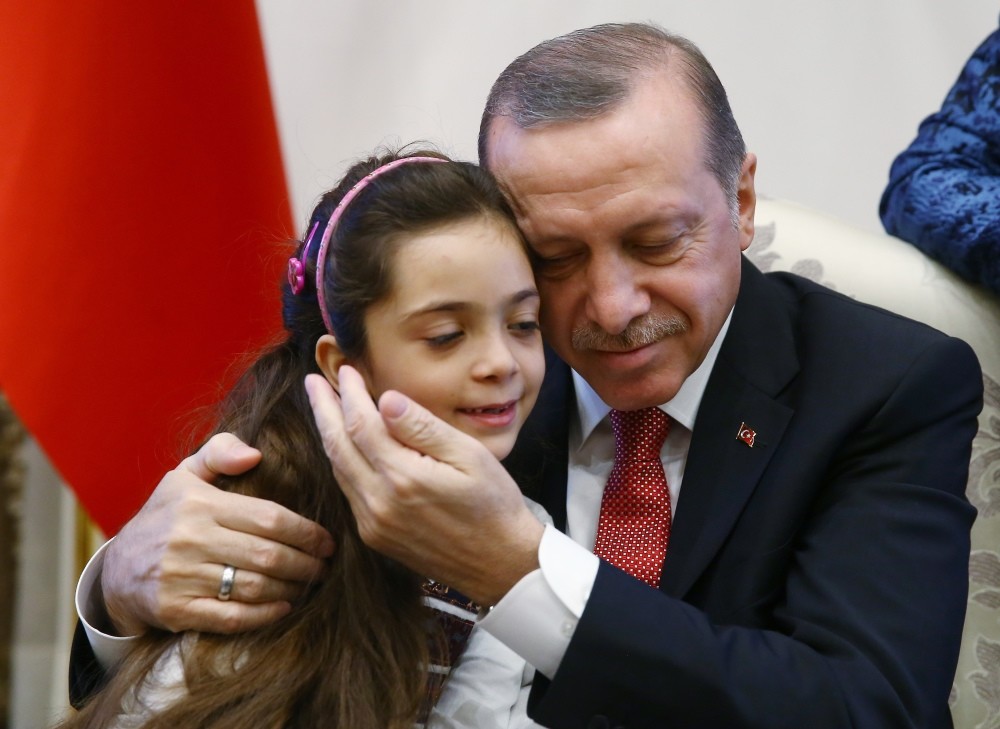 As Bana Alabed's example shows, social media and slacktivism have played key roles in making a difference in the lives of a number of Syrians

Social media has permeated the English language, adding new words almost daily. One such word, "slacktivism," a term comprised of the words "slacking" and "activism," is used to define online activism, or digital activism. While in the real world, the definitions of the two words are actually polar opposites, in the virtual world, when combined to make a new word, the word is more powerful than most people give it credit for. The word "slacking," or more commonly referred to as "slacking off," is defined in the dictionary as being "lazy, careless, and slow." On the other hand, the word "activism" has the complete opposite meaning, denoting "vigorous action," often taken in cases with political purpose, such as protests or demonstrations.

The emergence of social media has provided a platform for the general public to voice their opinions on a myriad of issues, including politics, natural disasters, climate change, so on and so forth. Historical incidents, such as the Arab Spring, a movement in the Middle East that was largely organized with the help of social media, serves as proof that online platforms can be used for social and political protest. Thus, Facebook, Twitter, Instagram, Snapchat and other communicative-media sources are often used for announcing calls for action when the need arises.

Slacktivism, for example, has played an important mass communicative role in the #BlackLivesMatter movement in the U.S. The Black Lives Matter movement on social media arose when a number of police brutality incidents that targeted African Americans took place across the country. The recurrence of the events in different parts of the country raised concern, causing the public to protest locally and digitally. Since the digital world is not limited to the geographical borders of a country, social media enables significant events or issues to become globalized. Thus, in the case of the Black Lives Matter movement, while not everyone was on the street protesting against racism and discrimination in a single location, they could use the hashtag #BlackLivesMatter to voice their opinion, and take part in slacktivism.

The Syrian genocide has been ongoing for many years. When there is an ongoing war that is literally 24/7 for a number of years, it gains a feeling of normalcy for the parts of the world that are not affected by the war. Thus, due to the complexities that seem impossible to resolve, the larger part of the Western hemisphere tends to ignore, or simply chooses to become blind, deaf and dumb to Syria. It is only in instances when images, like little Aylan Kurdi or Umran, surface on the net that we see a wave of slacktivism triggering a chain reaction around the globe, grabbing comments, op-ed pieces or maybe a few minutes of air time on the news. Originally, the word slacktivism may have emerged from the idea that a person, who was not physically in the street actively protesting or demonstrating for a political and/or humanitarian cause, but protests through a hashtag on Twitter, is more on the slacking-lazy side than the active-motivated side of the cause. I wholeheartedly disagree with this stance. If used strategically, slacktivism in large numbers can make a difference in raising awareness and insisting on a call for action.

Over the past couple of weeks, slacktivism has played a significant role in the persistent call for action in Aleppo. To begin with, if it were not for the courageous journalists and individuals in Aleppo, who have regularly kept the rest of the world informed with the increasing intensity of the killings, none of us would have a clue on the happenings on the other side of the globe. With thousands of posts updating us on the latest news of destruction, including a number of journalists who shared what they believed might be their final words, videos, images and posts started being shared through social connections to spread news that, once again, humanity was dying. Facebook, Twitter, Instagram and SnapChat all of a sudden became platforms where the people against the war could stay connected. Images, texts and videos of journalists recording their final words with death nearby went viral on social media. Thousands of people around the world participating in slacktivism resulted in countries, like Turkey, to quickly take action. The U.N. was called in for an emergency "call for action" meeting. Turkey negotiated a cease-fire deal with the assistance of Russia, resulting in a large number of Syrians being rescued.

One of those individuals is the 7-year-old Bana Alabed, @alabedbana, who has become a citizen journalist, and another insider voice from within the war. Bana, along with her mother who is an English teacher, would tweet updates on the latest situation in Syria throughout the war. Through the internet's connectivity, thousands of individuals across the globe, including 355,000 on Twitter, have followed Bana, sympathizing with her vulnerability as a minor face-to-face with war. When Bana posted a tweet stating that death had come knocking on her door, thousands of her followers retweeted her tweet, and replied by asking her if she was okay. Hours later, one concerned follower asked, "Bana are you okay? Please tweet something. Let us know you are alive." Within the last few days, Bana Alabed, along with her parents and two younger brothers, were rescued from Aleppo, with the help of the Turkish government. Today the Alabed family had the honor of meeting President Recep Tayyip Erdoğan and the First Lady Mrs. Emine Erdoğan. Bana sat on President Erdoğan's lap and told him how horrible the war was and thanked the president for saving them, along with many other Syrians. In the presence of the media, Bana spoke to the president in Arabic, and in English. Before giving President Erdoğan a final "thank you" kiss on his cheek, Bana looked at President Erdoğan and exclaimed, "I love you!"

As Bana Alabed's example shows, social media and slacktivism can play a significant role between life and death. On Dec. 13, 2016, when Bana tweeted the words, "My name is Bana. I'm 7-years-old. I am talking to the world now live from East #Aleppo. This is my last moment to either live or die. – Bana." This tweet was retweeted over 45,000 times, with 2,713 replies. The following day, on Dec. 14, 2016, Bana's mom Fatemah tweeted to the Turkish Minister of Foreign Affairs, Mevlut Cavusoglu, @MevlutCavusoglu, stating that there was an interruption in the rescue operation. This tweet was retweeted 4,266 times. In the days following, Fatemah and Bana continued to inform the Turkish officials and the world through Twitter that the rescue operation and the cease-fire had been interrupted. In the midst of the war, in a Twitter video Bana and her mom also reached out to the First Lady of United States Mrs. Obama, @flotus, and U.S. officials to ask for help. Their tweets were picked up by a number of news channels, but did not receive as many retweets. Nevertheless, it is clear that slacktivism and social media have played key roles in making a difference in the lives of a number of Syrians.