Turkey: Pity the nation that is fooled twice 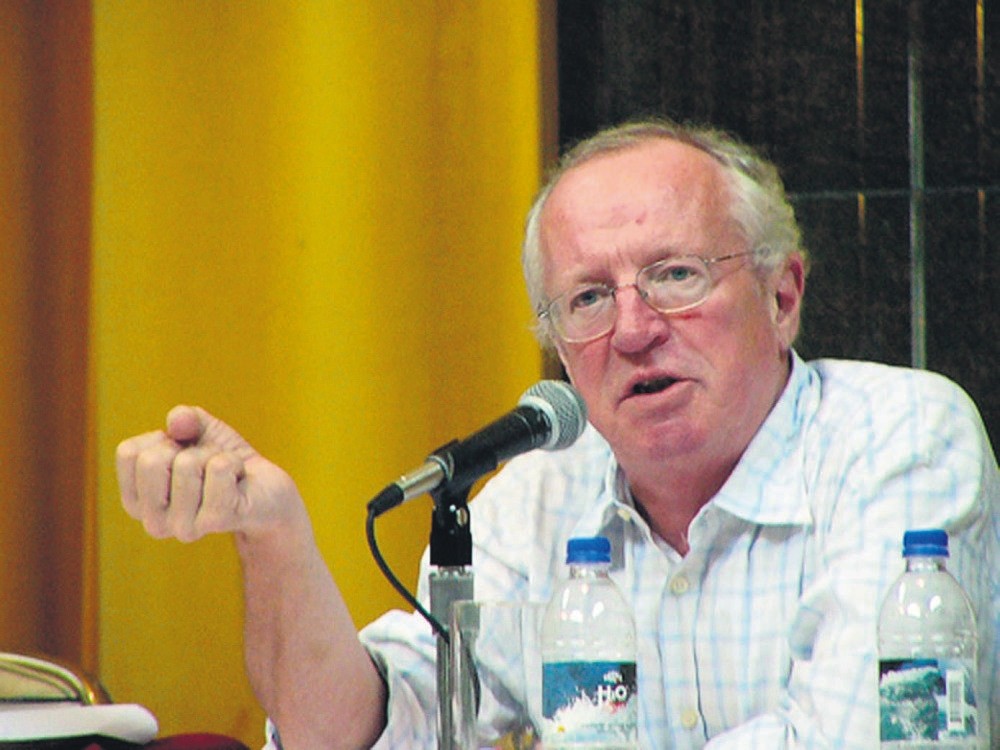 The nightclub massacre has shocked many and has even reached the esteemed journalist Robert Fisk. But what's his problem with the Erdoğan administration? And why can't he see the blood on the hands of Western leaders?

Robert Fisk, the legendary foreign hack who's sterling book on Lebanon "Pity the nation" is still required reading for anyone interested in the Middle East, is guilty. Guilty of not sloppy journalism nor losing himself in the narcissistic vapidity of Oped writing, nor indeed for having one too many sharpeners before the 4 o'clock gong; no, Fisk is guilty of the most morose and unforgivable of all crimes by the fourth estate with his recent ejaculation across the pages of the Indie's opinion section, with his rant about Turkey's recent tragic nightclub shooting. In the words of Monte Python, for "stating the bleedin' obvious."

Get involved in your neighbor's war and you pay a heavy price with reprisals on your own doorstep.

But what Fisk alludes to touch on in the article in the first sentence, that "Turkey is alone," is left dangling and I would argue is really what these recent attacks in Turkey are all about. Turkey has become a rogue state in the minds of both London and Washington. And if anyone is kind enough to giving the EU the credit for being a geopolitical player – on paper at least – then, yes the EU also has turned its back on Ankara and made it a pariah state.

The Russians are happy to improve relations with Turkey but colleagues in Moscow are telling me that few there trust the Turks. In the Kremlin there is the feeling that "we have to wait and see where Turkey will end up," as one put it, in this game of musical chairs. Turkey can't seem to decide if Russia is a short term ally, or perhaps a longer one.

Perhaps Erdoğan is waiting himself to see how the Trump administration will treat him and the extradition of Fetullah Gülen before he plays his next card. Some argue that he has the dynamism to keep good relations with both the East and West, and, within the Arab world with both Saudi Arabia and Iran. Perhaps there is a tenet of truth in this. But how did he become a rogue state in the first place?

Both the EU and NATO – and certainly Obama – all are guilty of pushing Turkey out into the cold and now what we are experiencing is the country having to punch above its weight just to defend its own turf against terrorism – whether that takes the form of old foes like the PKK or Daesh Despite having a formidable army, fighting in Syria and Iraq against both Daesh and the Kurds is stretching its resources beyond what it was originally planned for back in the day when the bullshit press releases from the EU and NATO were actually believed; what Fisk fails to elaborate on – possibly because the Independent is such a poor newspaper and a servant of Brussels and its fake news – is that it is the West's fault that such a country is fighting the war that it is, on so many fronts. Where was NATO when those first bombs from Daesh exploded in Istanbul? Why didn't Fisk remonstrate that NATO had failed in its obligations to defend Turkey against a threat to one of its members? Brussels is becoming a graveyard of failed super power organisations, it seems, as it is hardly surprising that NATO has the crisis of confidence that it has, with many members only spending half of the required 2 percent of GDP on defense and – keeping the unwritten rule of ideally spending that with Uncle Sam.

And where was the EU and that shambles of a British newspaper the Indie – which trumpets its cause so zealously by fillings its pages with its manufactured fake news from Brussels – when Turkey had to endure an attempted coup? Where were the same tomes of press releases about human rights in Turkey, when, er, awkwardly a coup was staged by a Turkish billionaire in exile who was being protected by a country which leads the EU on all weighty foreign policy decisions, the U.S.? How does such an exceptional journalist who knows the region so well just airbrush this out of his languid analysis of what is going on in Turkey?

I recently had an email exchange with the young editor of the Independent's "Indie Voices" where she proudly declared her disdain with "middle class, educated, white males" in what is an absurd politically correct agenda that furthers positive discrimination to such an absurd level, one can only cry at the abysmal state of British journalism. Of course Fisk is the antithesis of this. But the veteran foreign correspondent has fallen into the trap of believing the same innocuous editorial line about how Turkey is the bad boy in Brussels and it only has itself to blame for being ostracized. The imperturbable confidence of Fisk as he delivers this argument is shocking as it is naive.

More than 7,000 army officers are in jail because Erdoğan – who is portrayed as an anachronistic paranoid Ottoman leader - wants to ensure that another coup attempt can't happen? What would Fisk and his friends on the Independent prefer the Turkish leader to do with them? Send them on an EU-funded training course run by a Greek EU civil servant who explains how to overthrow a country by stuffing underpants into the exhaust pipe of a tank while giving you the powerpoint presentation on "how to write a good press release" before lunch?

Has Fisk completely lost his mind?

And this notion that Erdoğan's government have been supporting Daesh for years, in whatever manner, when the West was not helping those extremists at all, in their fight for the removal of Assad – which Fisk claims is only a recent notion supported by Erdoğan and that in fact, in the beginning, Turkey was a great supporter of Assad. I must have missed this part of the febrile foreign policy statements where Assad was albeit briefly a close ally to Erdoğan since the 2011 insurgency started. It is inconceivable that Fisk doesn't know that the West has been funding Daesh through an ingenious yet simple manner of both allowing some Gulf states to support it, militarily and with cash in the early days, and also by funding, even to this day, a group of a dozen or so "moderate" fighters, who have certainly good relations with al-Nusra, which we shouldn't forget is al-Qaida at the end of the day.

Such rank hypocrisy is startling. If Turkey did give logistical support to Daesh so that it could hit both Assad regime troops and the Kurds hard, few could blame it. The West can hardly wave the finger when it had the power to stop it, rather than let a bevy of third rate journalists to report on the diesel smuggling that was going on at one point across the border. They, and indeed Fisk, have all missed the point.

The West and Turkey have in the past supported their own respected opposition groups in Syria and it is simply preposterous if not louche to isolate Erdoğan now with this over-simplified, disingenuous accusation. It is rather like the thumb-sucking foreign correspondents who like to run down Fisk on the dinner party circuit in Beirut for being a poor journalist in the region simply because he can't speak Arabic; I take the other view and salute him for being a great journalist who overcomes his language deficiency and still hits the mark with his work.

On this one though, he missed the target altogether. But then it is only the Indie.

* Martin Jay recently won the U.N.'s prestigious Elizabeth Neuffer Memorial Prize (UNCA) in New York, for his journalism in the Middle East. He is based in Beirut.
Last Update: Jan 05, 2017 1:18 am
RELATED TOPICS