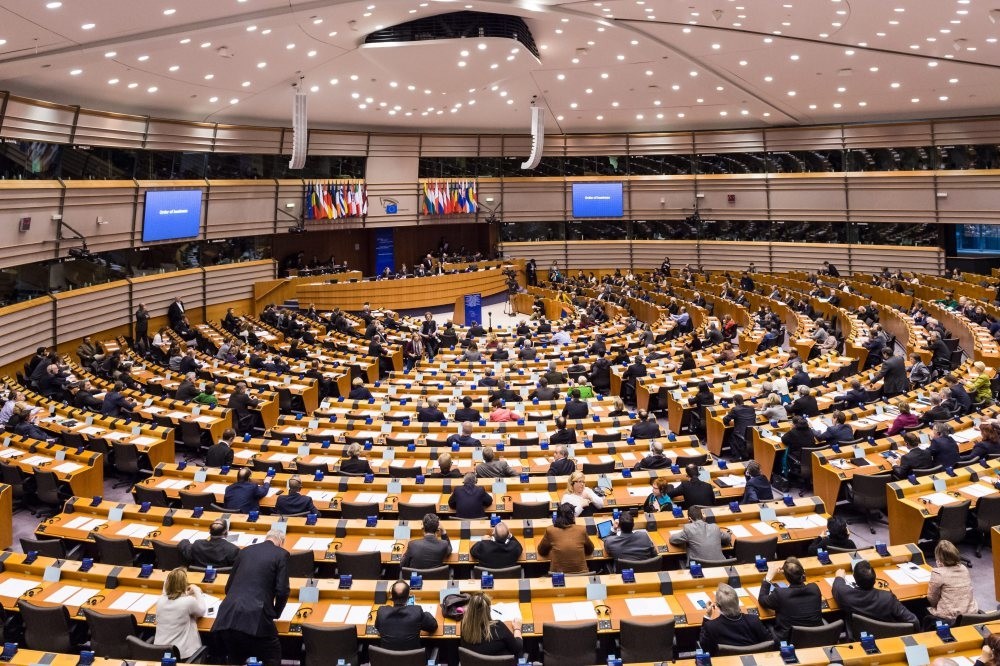 A new world order is about to reach Europe and the winners will be those who embrace it which aims to destroy political correctness. Britain and Turkey seem to be already part of it and together can finally push the EU into the abyss - leaving some MEPs struggling to find a job

Trump's recent move to block refugees from coming to the U.S. surprised us all. It's as though we are slow at learning that the new U.S. president actually really does stick to his word and will probably carry out most of what he has said he would do in the run up to the election.

It already seems, after the first world leader to visit him, Theresa May - who held his hand in the White House - that he is determined to forge stronger relations with the U.K., which, on its own merit will almost certainly signal the end of the European Union as we know it. Brussels recently threatened to "punish" the U.K. for Brexit by not giving into any of the requirements from London to go it alone; but the result could be political Armageddon for the EU if Britain has to set itself up as a foreign investors' paradise with rock-bottom taxation for new businesses relocating there. And with a new U.S.-UK trade deal, it is already looking like the sky's the limit. Few EU apologists like to admit, post Brexit, that the U.K. is still the number one foreign direct investment (FDI) country in the EU.

STUPID ARGUMENT FROM THE EUROPEAN UNION

A trade deal with the U.S. will not only boost the U.K. economy but also set the U.K. up as the best trading partner for both the U.K. and the U.S. Britain is looking for a new league of trading partners and Turkey's recent deal struck with London will pay dividends for Ankara. What Brussels doesn't get with this stupid argument ("you can't negotiate new trade deals until you are outside of the EU") is that it just pushes the May government to speed up the entire "hard Brexit" plan and place the U.K. in an aggressive stance against the EU, perhaps even before the EU elections in 2019 where Britain leaving the EU will certainly have a devastating effect on voter turn outs, worsening the political crisis further.

But would the EU elite really care about voters?What continues to astound me, after previously living and working in Brussels for 11 years, is the absolute disregard for the views of anyone else, let alone actual voters. EU folk have grown so used to the totalitarian state with its fake news set up and a fake parliament (which is supposed to tick the box "democratic" but in actual fact is entirely owned by powerful multinationals) that the crisis with both Trump and the U.K. is only going to worsen.

TRUMP WILL DIVIDE EUROPE, NOT GALVANIZE IT

Brexit and Trump have together created a panic and many myths are being bandied about. One is that the EU's knee jerk reaction to form an EU army will galvanize the EU as its member states will feel stronger together. In reality Trump's hardline view of NATO - pay your 2 percent on defense or forget about the U.S. troops in Europe protecting you - sends a clear message that the U.S. is no longer going to pick up the tab for Europe's security. But the reasons for how an EU army will divide Europe stack up against how they will unite it. This new mindset will strengthen some member states but the EU, as a political entity, will be more divided than ever. Germany is almost certainly best placed to create its NATO-type coalition of EU member states who will take its command around the world. But the backfire to that is huge. Many in Germany are deeply uncomfortable about Berlin playing such a role. In fact, many in Europe are too. Some, and not just a few UKIP types, might argue that the very foundation of the EU - to create peace and harmony after Germany attempted, through two world wars, to take over Europe and a great deal of the world - is compromised, if not violated. Germany is running the EU these days and with a strong army, many would argue that we have in fact gone full circle and gone back to 1939.

Just ask the poor people of Greece what they think of the EU and the euro which has entirely wiped out entire industries to neighboring countries. Ask Greeks who are living like rats now after the economy collapsed there what they think about Germany being the dominant force in the EU.

Another myth is that the EU is a sort of democratic institution. It isn't. It's almost entirely an autocratic, fascist dictatorship that locks journalists up on trumped up charges and has an unfettered loathing of anything linked to democracy or people. It is literally disgusted by free speech and dialogue with the electorate. It bribes journalists through an ingenious system of manipulation in Brussels and has a zealous, almost militant view toward shutting anybody up who doesn't agree with its narrative.

Recently, I was quite surprised when a Labor member of parliament Claude Moreas blocked me on Twitter for simply having a different view about Trump and the EU to him. Blocked. What does that tell you about the mindset of the EU? Brussels assiduously loathes anything that resembles free speech and liberty. It has become so authoritarian that this sort of reaction is no longer noticed.

THE HYPOCRACY OF FREE SPEECH AND THOSE WHO PREACH IT

And after being sued for defamation five times by British members of parliament and once by the vice president of the European Commission - after trying to publish the truth about the murky dealings of EU officials - isn't it extraordinary how the very people who stand on a soap box and preach about human rights are nearly always the same who don't miss a heartbeat in silencing an investigative journalist who pokes about in their back yard and asks difficult questions?

Members of parliament like Claude Moraes recently voted in favor of the EU spending more money on subsidizing media in Brussels - i.e spending more money on fake news. Moraes, who has curiously put on a lot weight since becoming a member of parliament in 1999, is heading up an EU committee that champions human rights. Yet this same member of parliament was strangely quiet when Hans Martin Tillack, a German investigative journalist was arrested in 2002 in Brussels by the EU's own police on entirely trumped up charges; Moraes was also strangely quiet about human rights when four EU whistleblowers in the same period were hung out to dry by his party's former leader Neil Kinnock (Commission Vice President who was hilariously brought in to clean up corruption). What do all these people have in common? They are Caucasian, European citizens. And their human rights were violated right under the noses of British members of parliament like him, who did absolutely nothing to help them.

I'll let that sink in.

Mr. Moreas only seems to campaign for the rights of black, Asian or Middle Eastern people - either EU citizens or refugees - as the PC doctrine that made him is the same one he dutifully serves.

But Moreas's total hatred of the media or anyone who even questions his ideas is not unique. It is entirely typical of the breed of EU surf who owes everything to the British PC movement and the EU, which takes political refugees from democratic bastions and converts them to ballooned bigots in one easy step. Can't make it in the U.K. political system? No problem. Come here and we'll pretend you're part of a more important political system when in reality you're working for a new kind of Third Reich which pretends to support your cause that has given you the raw subject matter in the first place to take the podium - whether it be the environment, human rights, consumer rights, health, transport, car windscreen wipers or the absorption rate of babies nappies. Any cause is welcome in the EU because a fake parliament needs raw material to work with otherwise it appears to be despondent and even redundant. Political correctness is a gift from God for many British members of parliament as it is for the EU.

This is what Trump stands against and why he has gained the support that he has. He sees PC as an illness that has destroyed many western countries. But Trump understands the importance of serving the electorate's needs, no matter how banal their ideas. In this new world order there will be no jobs for Mr. Moraes and his type. Perhaps this is why Trump is hated so much in Brussels?

* Martin Jay recently won the U.N.'s prestigious Elizabeth Neuffer Memorial Prize (UNCA) in New York, for his journalistic work in the Middle East. He is based in Beirut.
RELATED TOPICS