Repeating failed policies on terrorism would lead to another world war 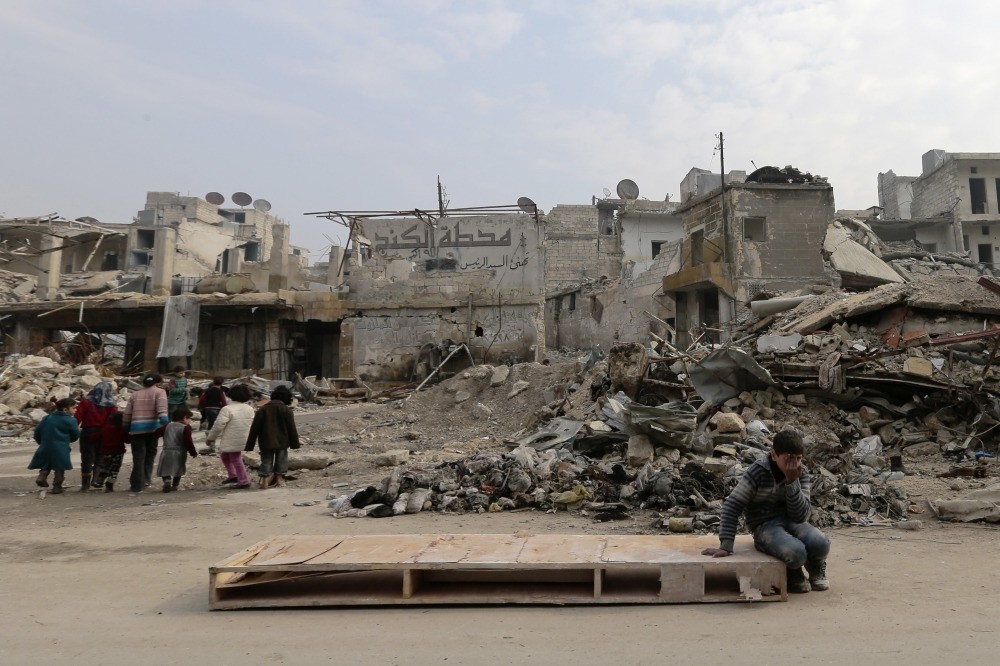 European and U.S. leaders should avoid marginal policies that stir trouble and instead take concrete steps with the help of other global actors to protect the world from another war

As a secular, democratic and social law state, Turkey is an extremely important country in its region. Actually, there should be no need to remind people of the characteristics of the regime and the state that Turkey as a Muslim country has, and how important Turkey is in a geographical relationship to the West and the East. For some time now, however, a perception engineering operation that bears no relation to the facts has been carried out against Turkey.

It is speculated that this campaign has something to do with the presence of a conservative government and president in the country. Of course, a negative memory created by historical rivalry has always provided a convenient excuse to those engaged in shallow and populist politics with regard to Turkey's relations with the West in general and Europe in particular. The tendency to equate Islam with terrorism, which can threaten the democracy and internal peace of western nations while ignoring their Muslim citizens, is an example of this simplistic approach. Those who look at the world with a sort of arrogance embodied in words like, "That's how we do things around here and the world should emulate us," would bring no benefit to Europe and the West. Regarding Turkey's peculiar characteristic as non-democratic is becoming a mainstream belief in Europe. So much so that it risks paving the way for intellectual decadence, which we should keep away from and which can eventually lead to Nazism.

Critical elections to be held in Europe this year set the stage for populism and sloganism that holds easy sway over the populace's minds. But we know that it is not a temporary situation that emerges only during election seasons. The gradual decline of centrist politics in the face of marginal movements and the weakening of representative democracy, coupled with a failure to develop solutions to economic and refugee-related problems, make us think that there is a drift, in a panic mood, into the racist and populist discourses at which marginal parties excel.

The Ottomans served as the constituent external Other during the European Enlightenment. Today, it is observed that with the political and economic crises engulfing Europe, Turkey, which has achieved impressive development over the last 15 years under a conservative government, began to serve in this role again. Here we see that an arrogance that attributes every kind of perfection to itself seeks an external Other that represents evil and backwardness in every respect. However, the hallmark of the European Enlightenment was its development of the power of self-criticism. The all-encompassing Enlightenment, which involved all dynamics of society, including the Church, tried to protect itself against radical advocates of the Enlightenment. Though it succeeded in this mission at the beginning, radical ideas came to control the system later on during the race toward colonialism, and Europe witnessed two world wars. Coupled with these wars, Nazism and Stalinism resulted in nearly 80 million deaths and the collapse of Europe. Without military and economic assistance by the U.S. following World War II this esteemed civilization would not have been able to recover.It needs to be understood that a similar eclipse of reason is occurring today, that the risk of the European Union's dissolution and surrender to racist parties is growing. In my opinion, this drift and the discriminatory, exaggerated and even hostile attitude toward Turkey stem from the same root. Producing ideas and solutions, doing that with people in a democratic manner, wanting goodness, welfare and democracy not only for itself but for the whole world, would save Europe's future. It would also normalize relations with Turkey, which is a safe barrier between the Middle East and Europe.

For more than five years, Turkey has shouldered a large percentage of the burden resulting from the Syrian civil war while Europe has practically left it alone. In spite of having spent a total of $25 billion on the over 3 million refugees it took in, Turkey has not received the necessary support from either the United Nations or the European Union. Also, as a consequence of these wars, Turkey is being targeted by terrorist organizations Daesh, the PKK, its Syrian armed branch the People's Protection Units (YPG) and the Revolutionary People's Liberation Party-Front (DHKP-C). It was left alone again during the July 15 coup attempt by the Gülenist Terror Group (FETÖ). It still is alone.

Of course, we know that this attitude results not from a bias alone but that this bias facilitates exclusionary practices. Except for brief intervals, Turkey was ruled by an elitist system until the 2000s, and democracy was being trampled upon. Hence it was quite easy to retain control over the country. Nobody used to criticize Turkey at that time as severely as they do nowadays. For Turkey could neither use its vast potential, nor produce decently, nor participate in global competition. Its people were discontent, living a poor life under anti-democratic rules and excluded from politics. Already burdened with heavy external debt, Turkey lacked the power to offer its own perspectives to the demands of other countries or the organizations of which it was a member.Even if the Justice and Development Party (AK Party), which has sought legitimacy from the people over the last 15 years and become the first party to govern the country successfully for such a long period, had not been conservative, today's discontent would not have been much different. As representative democracy and the ballot box grew stronger in Turkey, discourses and attitudes of both the domestic elites and those in the West biased toward Turkey have fully converged. There is no objectivity here, but rather a clash of interests. Instrumentalizing democratic values in this regard would only harm the related party itself.

A third feature of what is going on is the new battle for power and influence in Syria and the Middle East. Though it is the country that puts up the most effective fight against Daesh today, being targeted by it and suffering casualties, Turkey has been left alone in Syria, too. If the issue was really about liberating Syria and Iraq from Daesh, the problem would have been resolved in a few months through collaboration. There is no doubt about that. If the purpose is to change maps in the Middle East, however, Daesh becomes at best a lever here, whose presence turns into a trump card.

There is a serious crisis going on, in which hundreds of thousands of people have been killed, millions have fled their country, thousands drowned in the Aegean Sea or sent to refugee camps in Greece and other countries, where they live under inhumane conditions or were left stranded. To speak honestly, working with the YPG on that issue instead of Turkey and trying to create a terror corridor there means putting world peace at risk. It must be understood that the efforts to create legitimacy for the PKK would have sooner or later backfired on the very people who carried out these efforts. Turkey rightfully views a terrorist organization along its borders becoming a state as a threat to its own security. It openly says that this will not be allowed. This is about the right of self-defense. Allied states are expected to take sides with Turkey, not pursue a different course on this issue.

It is not clear yet what strategy U.S. President Donald Trump will develop on Syria. We hope that the destructive effects of the Obama administration are realized and the damaged relationship with Turkey will be restored on a rational basis. This would be both the most beneficial and ethical course for the world and all countries alike.

If the new world order of the 21st century is established through using and legitimizing terrorist groups, it would only result in hell. Turkey wants to build equal relations with all its neighbors and friendly countries on a win-win basis and even bring them to a higher level. It is ready to further expand the current areas of cooperation.

I believe that common sense will prevail in both the U.S. and Europe over this issue. The world needs a breath of fresh air and the way to protect ourselves from a new world war is building and maintaining wisdom.