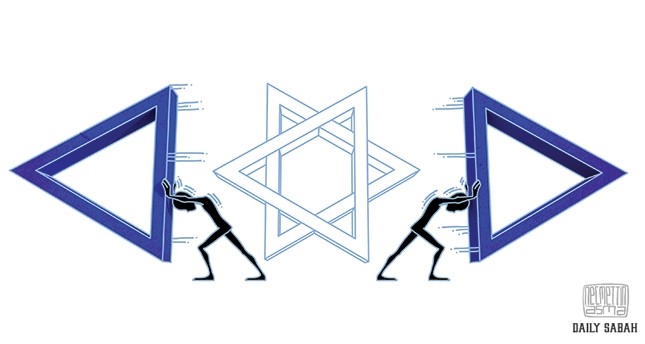 President Donald Trump is a character. He says one thing and means another. His words speak louder than his actions. He surprises the world with every passing day.

Right now, within the first 100 days of his tenure, he is trying to play to the tribunes and taking the effort to convince his voter base to trust him with his election term promises.

His executive orders are too radical for the United States to technically execute in a court of law. Trump also is aware that his dreams clash with the American dream that has been advertised for decades. But when the system clogs his power, he will return to his voters and demand a second term to put "the establishment" in its place. He will say exactly this: "Hey folks, you saw that I kept my promises and signed tremendous executive orders as soon as I got in office. But because Washington got so dirty and anti-American, I need a second term to make America great again." So, I believe that Trump has already started his second election campaign for Nov. 3, 2020.

What will Trump mean for the new world order that the Israel-worshippers in the U.S. and Israel are arduously working on?

So far, he has divided Zionism into two fronts: Obtuse, hawkish Zionists and smart, patient Zionists whose conflicting opinions to MAKE ISRAEL GREAT AGAIN may end up destroying Israel altogether.

This front thinks that anything is achievable by military might and aggressive bombardment. Benjamin Netanyahu's Likud Party and the Israeli ultra-right parties carry the torch on this front along with lobby groups in the U.S. such as AIPAC, the American Jewish Committee, the Republican Jewish Coalition and the Jewish Federations of North America.

Regarding the appointment of alleged "white supremacist and anti-Semitic" Steve Bannon as chief strategist for the Trump administration, the American Jewish Committee's assistant executive director for policy, Jason Isaacson, said "Presidents get to choose their teams and we do not expect to comment on the appointment of every key adviser" in an effort to get the most out of Trump for their goals.

Thanks to this impatient Zionist front's violent tactics and apocalyptic world view, Israel is pretty much disliked everywhere in the world and disrespected in the U.N. More and more people are becoming pro-Palestine especially in the social media.

Israel may destroy itself with this destructive mindset in a decade or so. I am not the first to say this. As a matter of fact, Jewish intellectual Noam Chomsky believes that too. He said, "Israel is a fascist state on the road to self-destruction." I guess great minds think alike.

Now, there is creative destruction and destructive creation. Israel assumes that it is creating the future of Israel by stealing more and more Palestinian land but it is actually destroying its own future existence with the mushrooming illegal settlements. You lose your existence when everyone else in the world thinks you do not exist.

This group consists of powerful Zionist organizations such as the Anti-Defamation League (ADL), the Council on Foreign Relations (CFR) and the Religious Action Center of Reform Judaism.

"The ADL strongly opposes the appointment of Steve Bannon as senior advisor and chief strategist in the White House," the organization wrote. Deep down, they are afraid that Trump may imperil the century-old aspirations of the Zionist movement with hasty mistakes and risky appointments of unworkable figures to the White House.

The CFR is on the same page too. I attended a breakfast meeting with CFR President Richard Haas two weeks ago and he was making fun of Trump, arguing that he made the elections a laughing stock to the world. It struck me that the CFR expects almost zilch out of his administration. His speech made me feel like the CFR is just waiting for the Trump days to be over as soon as possible.

The Religious Action Center of Reform Judaism, which represents American Judaism's largest denomination, said, "Mr. Bannon was responsible for the advancement of ideologies antithetical to our nation, including anti-Semitism, misogyny, racism and Islamophobia. There should be no place for such views in the White House."

The smart Zionist front has always played it safe, deep and secretive. Tactically, they neutralize anti-Israel voices on social media and press and come up with long-term clandestine plans to pacify Muslim resistance in Muslim lands. For example, the Gülenist Terror Group (FETÖ), which almost took over President Recep Tayyip Erdoğan's rule in Turkey last July in a military coup, is the product of smart Zionism. They failed thanks to the heroic resistance by the Turkish nation to defend its leader and democratic system. However, I am sure they have new tricks and Fetullah Gülen-type projects up their sleeves.

I think, diplomatic rapprochement with Iran by easing the economic sanctions and signing deals with Iran was a product of them, too. They correctly guessed that a strong Iran, inspired by Persian expansionism that abuses the Shiite-Sunni divide in Islam, would immediately start causing trouble in the Sunni world. The past five years witnessed Persian interference in the internal affairs of regional countries such as Yemen, Bahrain, Syria and Saudi Arabia. Middle Eastern history showed everyone that the fanaticism of three groups brought nothing but destruction to the region; Shiite (Persian nationalism), the PKK (Kurdish-Armenian nationalism) and Zionism (Jewish nationalism).

And of course Daesh. It has been the most versatile terrorist organization in history whose existence somehow benefited Israel the most. Israel is now surrounded by weak and weakening countries that pose no threat to its physical or economic survival in the region. Libya and Syria are in tatters, Iraq is gone, Egypt has been confiscated, and Jordan and Lebanon are economically subdued due to the refugee flood.

Long story short, smart Zionists get along with any administration. They were able to convince a seemingly anti-Israel Obama-Kerry administration to give Israel over a $100 billion on the last few days of his tenure.

Will the new world order eventually get closer to their goals with Trump?

Will the Trump administration willingly or unwillingly disrupt the unitary efforts of Zionists to make Israel great again?

We will wait and see.