Ignominious death is inexorable when the world colludes with Assad 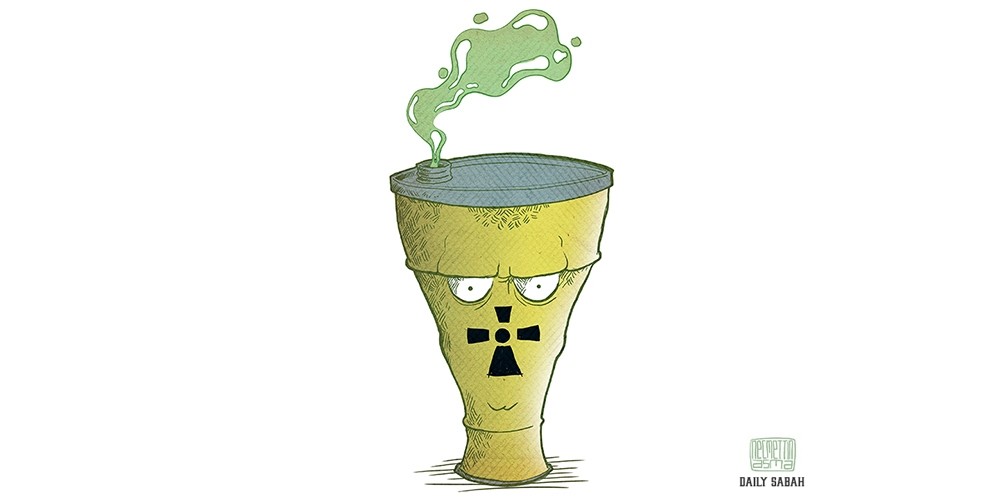 If the international community keeps up with its passive reaction toward Assad's massacres in Idlib, we will continue to hear more news of the suffering of Syrian civilians

Sean Spicer, the White House press secretary said: "The chemical attack in Syria against innocent civilians, women and children is reprehensible and can't be ignored by the civilized world." He added: "These atrocious actions committed by Assad's regime are the inevitable grim spillover of the Obama's administration weakness and indecisiveness."

On Tuesday, a chemical attack in a moderate opposition-held Syrian town of Khan Sheikhun killed more than 100 people and injured 400 others. The ruthless attackers weren't satisfied with the heinous massacre they perpetrated, so they mercilessly pounded the medics who were treating the wounded as Assad's warplanes reportedly bombed the hospital.

Since the outset of the Syrian revolution, the Assad regime has resorted to using illegal lethal weapons to startle and terrify Syrians who dare to challenge his rule and claim their rights. Assad's chemical weapons have killed hundreds of people due to the complete paralysis and inaction of the international community.

Former U.S. President Barack Obama relentlessly reiterated that the use of chemical weapons would be a "red line" that would change his calculus on Assad's destiny and, if used, would inevitably leave him no other choice but to intervene and overthrow Assad.

On Aug. 21, 2013, hundreds of people suffocated to death in the moderate opposition-held eastern Ghouta. Provocatively, the attack coincided with the presence of U.N. inspectors in the capital city of Damascus just miles away from the pounded suburbs. The U.N. investigators determined that ground-to-ground missiles were irrefutably launched after being loaded with sarin gas that is exclusively and amply available in the stores of the Assad regime.

Obama's words were much louder than his actions when his red lines were crossed. Though he pledged to carry out punitive strikes, he appeared to lack the necessary decisive will to keep his promises and turn words into actions. His simple pretext was the lack of support in the American legislature.

Obama could have seized the opportunity and carried out a concise military operation that could have given the desired lesson to Assad and his backers. However, a surprise agreement between Washington and Moscow was concluded, and the U.N. Security Council ordered Syria to destroy its chemical weapons stockpiles and the then-imminent U.S.-led coalition strikes were averted.

Now Obama is a story of the past. If the new U.S. administration is serious in its fiery statements, actions should immediately be taken on the ground, and civilians should be spared from the ruthlessness and brutality of Assad's reckless atrocities.

A couple of days ago, Ibrahim al-Amin, editor in chief of the Lebanese Al Akhbar newspaper, wrote an article about the visit by Tulsi Gabbard, the American congresswoman who visited Assad last January. The article leaked that Gabbard carried Trump's message to Assad.

Trump stated that he is ready to cooperate with Assad under the notion of fighting Daesh. According to the message, which hasn't been officially confirmed, Trump said: "Assad will find that the demand to remove him from office is not in my interests. And such demands will incrementally disappear from media circulation."

The message also revealed that Trump reiterated that direct U.S.-Syria communication or even the obliteration of sanctions imposed on Syria principally depend on Assad's initiative. If he proves to be willing to cooperate with Washington away from his current backers, Russia and Iran, Washington is ready to utterly change its attitude and has no problems whitewashing him and accepting him as the legitimate ruler of Syria.

Putting aside all these media leaks, it's unequivocally well-known to everybody that Trump is not interested in toppling Assad. Trump himself repeatedly proclaimed that his primary priority is a swift and overwhelming landslide military victory over Daesh in Mosul and Raqqa. Trump and his administration are not in the business of nation building or a post-Daesh reconstruction process. They simply brushed aside the lives of innocent civilians in the Mosul operation.

The international community has to discern that if such abhorrent war crimes pass without a daunting punishment, more radical versions of Daesh and its splinters will inevitably rise. The war on terrorism should initially start with the terror of states.

Ironically, however, the U.S.-led coalition that has committed war crimes in Iraq and supported sectarian militias in its intolerant crackdown on other ethnic majorities can't promote campaigns of human rights and enforcement of international law.

The U.N. has shamelessly been displaying an unprecedented lack of functionality even when it comes to people's lives. It has demonstrated utter vanity in saving innocent civilians and any sort of humanitarian aid or safe corridors to let them evacuate warring regions. The U.N. along with the international community have failed the test of humanity and proved to be a mere relic of the gloomy pages of our contemporary history.

Assad's use of chemical weapons is not the first stain on humanity that will not be erased from the world's collective memory. Not long ago, photos of thousands of Syrian prisoners who had been tortured to death circulated on social media networks. Shortly before, images of starving children from besieged Syrian villages went viral on Twitter and Facebook. Most probably we'll soon see other horrible images or even other massacres that will be carried out by this demented lunatic regime that wouldn't hesitate to do whatever it takes to cling onto power and rule over piles of corpses of children and ruins and debris in Syria.