An opportunity for global peace: The Silk Road Project 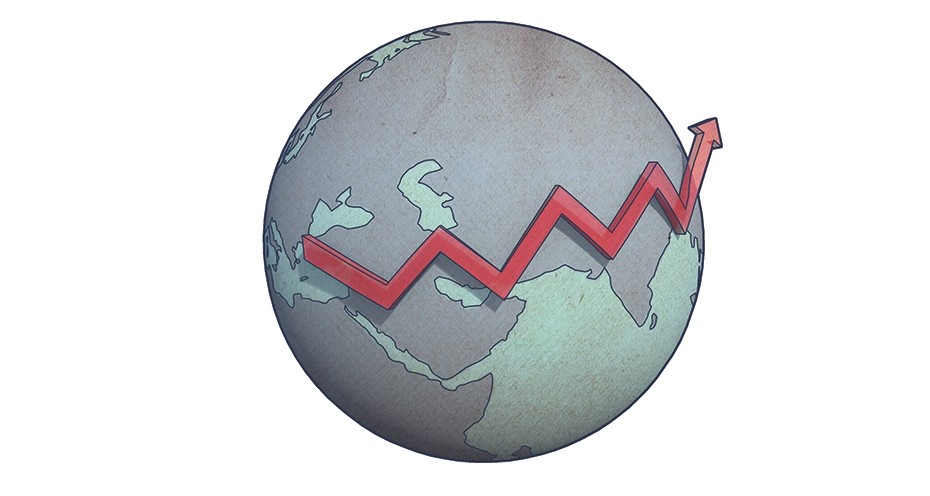 The new Silk Road Project is promising hope to improve partnerships in the already-crumbling global system, which is based on utility rather than on humanity

President Recep Tayyip Erdoğan participated in the "One Belt and One Road Forum" in Beijing on May 13-15 and traveled to the U.S. from there on May 16 for a bilateral summit with U.S. President Donald Trump. Thus, he spent 24 hours in flight in six days and made a counter-clockwise tour around the globe.

Each visit was of critical importance in its own right. He was the only leader to be welcomed with a state ceremony in China. Though it is Pacific-centered, the One Belt and One Road project, which aims to restore the Silk Road both as an overland and a maritime route, has the potential to ensure the participation and integration of the route countries into global trade and culture.

President Erdoğan explained the significance of the project during his visit to China in the following words:

"I believe that this initiative, also called the New Silk Road, will mark the future in an effort to link Asia, Europe, Africa and even South America. […] Establishment of a politically and economically harmonious system would also pave the way for stability and a welfare-centered new era in our region."

Indeed, as President Erdoğan described, at a time when the economic center of the world moves to the East at a pace of 120 kilometers a year, the Silk Road Project, which consists of 60 countries, 40 million square kilometers and a population 4.5 billion, has the power to alter political and economic balances in the world.

The already-crumbling current system is based on political and economic foundations that were laid by the victors of World War II, or actually by the U.S.

As can be remembered after the defeat of the Nazis, continental Europe was divided in two along a vertical line, with the resulting U.S. and Soviet (USSR) zones of influence forming the map of the Cold War. Western Europe and Britain seemed unable to recover on their own. The U.S. had a much greater military presence in Europe under the umbrella of the newly formed NATO than it had during the war. For it was feared that [Soviet leader] Stalin would invade Western Europe, or that artificial menace was found functional to the new order. The USSR developing an atomic bomb and the Korean War were perceived as precursors to the expected invasion.

As the era of American leadership in the world was beginning, America's dollars and military might acted as leverage to lift Europe out of misery. Britain was in close cooperation with the U.S. on the issue, serving as the mastermind, so to speak. A total of $18 billion ($200 billion in today's dollars) flowed to the continent. The Truman Doctrine and the Marshall Plan formed the basis of that initiative. American and British elites had spent much time trying to figure out how to prevent German revanchism. The initial plan was to annihilate Germany by distributing its territories, after abolishing its army, to its neighbors. But it was understood that without German coal and industry, it was impossible for continental Europe to rise from the ashes. Contrary to what was believed, at the end of the war only 40 percent of industrial facilities in Germany were damaged. Restoring Europe without Germany was impossible.

In light of these facts, the decision was to form a very complex union based on interdependence, one in which Germany would be unable to attack France or smaller European countries again. The foundations of the European Economic Community (EEC), based on a partnership of coal enterprises, were thus laid. On the other hand, the European Council (EC) aimed for wider political integration. Concurrently, a structure that allowed the victors of the war to have the final say was formed in the United Nations. The Cold War atmosphere and the threat posed by the USSR functioned as negative elements reinforcing political and economic cooperation.

In the meantime, the plight of Eastern Europe, which had been left to the mercy of Stalin, was terrible in every respect. In spite of paying a heavy price in terms of both economy and democracy, countries in Eastern Europe were not of interest to the West. Apart from that, the new world order had not assumed any responsibility regarding non-Western parts of the world. Besides, these areas had turned into conflict zones within a greater fight for dominance between the West and the USSR.

In short, the now shattering world system rested on a cold and merciless realpolitik calculation that followed two wars over sharing booty. Third World countries were becoming independent and drifting into severe crises and seen as battlegrounds in the wider competition between the U.S. and the USSR for influence. What mattered here was not the economic welfare or democratic maturity of a country, but which camp it would choose. The USSR was siphoning resources of satellite states. On the other hand, the sole priority for the U.S. was to have friendly governments at the helm.

Indeed, the same logic lies behind many civil wars, sectarian tensions, and terrorist groups that we see today all over the world. With that logic prevailing, it's impossible for organizations like the UN, EU and the EC to achieve any meaningful change. For example, the suffering of the Egyptian people does not matter much. What matters more is the difference between the policies of [toppled President Mohammed] Morsi and [coup leader Gen. Abdel-Fattah] el-Sissi. It didn't matter if Sissi staged a coup and violated human rights, as long as he cooperated with the West. In the Ukraine as well, a color revolution was launched against a government unwilling to join NATO and the EU. Russia's reply to that move was to annex Crimea and support separatists in the Donbass region, leading to a civil war that would cause the death of tens of thousands. Likewise, Russia was effective in the breakup of Georgia when the latter showed signs of NATO membership. It paved the way for separatists in South Ossetia and Abkhazia, and we all know the aftermath.

These instances demonstrate that the logic of order is not based on humanity, but on utility. On the other hand, was it not possible to form a logic that combines humanity and utility?

WHAT IS THE AIM OF THE PROJECT?

The New Silk Road Project rests on such an understanding. It will contribute to the prosperity of the involved countries; it aims to realize potential interdependence through wealth, democracy and peace. In other words, it is a win-win formula, as we know it.

Naturally, the project is still in its infancy, and success depends on how the U.S. and Russia perceive it. Will Russia consider it a threat or an opportunity? To what extent will it conflict with the U.S. policy of containing Russia and China? Will it open the door to power struggles or cooperation in the interest of all the parties? Will concerns and hegemonic desires evolve towards mutual trust and collaboration?

After the Ukrainian crisis, the U.S. deployed arms along Russia's borders and into Romania to which Russia countered by placing S400 missiles at the western front. In the meantime, to prevent China-based tensions in the Pacific turning into a third World War, there is clearly a need for a new world order, a new realpolitik mindset. The Silk Road project has serious potential to realize America's integration and interdependence model for post-war Europe, but on a global basis with more equitable consequences.

The tendency to destabilize the BRIC countries and other emerging economies joining them in the G20 might bring the world to an end. The depletion of global resources and environmental pollution may make things even worse. There is a need for global commonsense. In fact, we have the experience and know-how. The thing we lack is the ability to rein in self-destructive tendencies.

The humanitarian crisis in the Middle East, the Syrian civil war and the refugee crisis approaching Europe – although Turkey has shouldered the bulk of the burden so far – should be a solemn warning for all. No disaster in the world is confined to a particular region anymore. Even if moral obligations are omitted, we need an understanding that focuses on global stability.

The former colonial approach and the hierarchical political/economic order should therefore be abandoned. It should be replaced by shared wisdom and collaboration instead of a power struggle between Western and Eastern blocs. In this sense, the Silk Road Project presents a significant opportunity to us.

I hope that opportunity will not be missed.