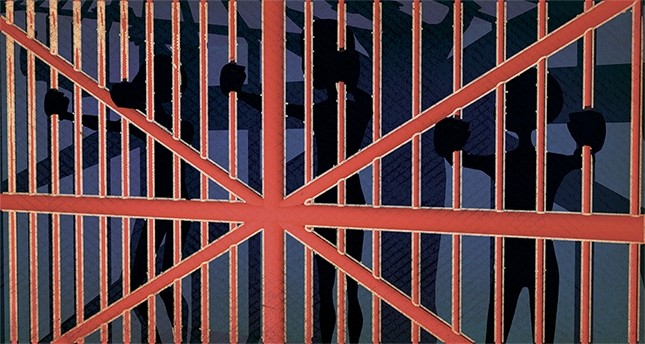 People tend to think that moderate Muslims do not condemn disgusting attacks like the most recent one in Manchester nearly as often as they should. Unfortunately it is often the silent majority that never make the headlines, and this pathetic cowardice is no representation of Islam and of Muslims around the world.

This is not un-Islamic, no. This is anti-Islamic. Killing innocents is in direct conflict with the teachings of the Quran (which only condones violence in direct response to continual violence by an aggressor, and has no mercy for those who take innocent life) and of Prophet Muhammad.

We decreed upon the Children of Israel that whoever kills a soul unless for a soul or for corruption [done] in the land – it is as if he had slain mankind entirely. Quran 5:32

Those that cower and hide behind the façade of a religion that is their very antithesis are not just some outcasts of the Muslim world. Those who directly oppose the teachings of our religion are not outcasts; rather they are our enemies, standing in direct opposition to the overwhelming majority of us Muslims around the world.

In trying to contort Islam to suit their own political motives, these cowards have declared war on Islam itself. I have faith, therefore, that as the lowliness of those that abuse this religion is exposed, Muslims who see this corruption for what it is will pull together for the sake of the greater good, uniting with others in the West and the East who fall victim to these callous violations of humanity.

I urge any and all fellow Muslims to vehemently condemn this attack (and countless others) upon the innocent, the vulnerable, and the young. We often respond with "but why should we apologize for something that is not our fault?" Although there is some truth to this statement, the fight against terror is contingent upon our aggressive and unrelenting condemnation of it.

For as long as we do not alienate such behavior from our religion and our communities we condemn ourselves to allowing the usurpers of this faith to hide under our guise. We must also condemn such despicable attacks in order to prove wrong those who are doubtful of the proponents of our religion, and to leave no doubt that we will give terrorism condemnation of the highest order. The media chooses not to publicize our voice of calm, so we must take it upon ourselves to make ourselves heard.

The disproportionate representation of those that refuse to condemn Daesh is a danger to the social order, as it feeds into the alienation of Muslims that, in many Western societies, is known to drive "moderate" Muslims into the hands of terrorism while in the search for identity.

As most mainstream media sources choose not to show the disgust of everyday Muslims in response to terrorism, we must ensure that our voices are heard. Muslims in the Middle East are the greatest victims of terror, so to not vehemently and openly decry Daesh is to almost facilitate the suffering of our brothers and sisters. There is no choice but to condemn, and, as U.S. President Donald Trump said in Saudi Arabia, root out those who support or facilitate the slaughter of their own brethren.

Moreover, the education of everyday Muslims in the nuances that the Islamic religion carries, and the entirety of the historical and contextual baggage that comes with the Quran, is critical. It is verses in the Quran such as 2:191: "And kill them (the unbelievers) wherever you find them" that are cherry-picked and used to brainwash those that do not know that this verse was revealed after the continued torture and killing of the Prophet's companions, to which they had never before responded to with violence. Little would those susceptible to radical brainwashing know that this verse was preceded by "Fight in the way of God those who fight you but do not transgress. Indeed. God does not like transgressors." (2:190)

For as long as we, the Muslims, do not make our condemnation apparent to the world, for as long as we do not take an active effort in educating one another in the intricacies of our faith, we will continue to remain ignored, giving cannon fodder to Islamophobia. Our brothers and sisters in the Middle East, as well as the vulnerable in the West, will continue to suffer. Those who pervert our faith will continue to have the loudest voice, and the momentous duty to root them out of our communities and to let the world know that this is not our Islam falls upon us. At such a paradigmatic point in world history, let us not take such a duty lightly. Let us prove Islamophobes and demagogues alike wrong by being terrorism's single greatest enemy. Innocent lives hang in the balance.

"O you who have believed, be persistently standing firm in justice, witnesses for Allah, even if it be against yourselves or parents and relatives. Whether one is rich or poor, Allah is more worthy of both. So follow not [personal] inclination, lest you not be just. And if you distort [your testimony] or refuse [to give it], then indeed Allah is ever, with what you do, acquainted," - Quran 4:135.