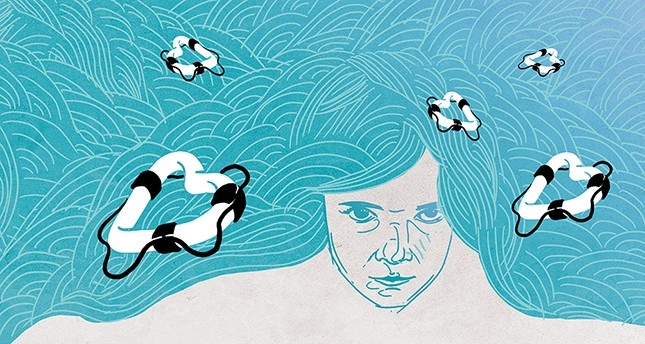 The Syrian refugee crisis has shaped to be one of the greatest tragedies of contemporary history. To meet this challenge we all have to come together and embrace the principle of common humanity

The Syrian people enjoyed a relatively democratic political system after they gained independence from France in 1946. The autocratic and savage rule of the Assad family, which came to power after a military coup in 1970, never succeeded in forcing Syrians to abandon their desire for democracy and human dignity. Haunted but not deterred by the memories of President Hafez al-Assad, the father of current President Bashar Assad, who razed the city of Hama to rubble, killing 20,000 of its people in 1982, Syrians regained their courage and took to the streets in peaceful demonstrations in 2011, demanding democracy, freedom and dignity. The Assad regime should have heeded the just demands of the people and stopped its oppression and embarked on political reforms and transition to democracy, as many of Syria's true friends and allies, including Turkey, had recommended. Unfortunately, the Assad regime did not listen, choosing instead to react to the peaceful demonstrations by torturing young children, murdering activists and shooting protesters. The Assad regime's brutal reaction did not dissuade the Syrian people. On the contrary, it hardened their resolve, and by June 2011, millions of people were taking to the streets in demonstration all over Syria. As a result of the Assad regime's atrocities, a refugee crisis started to emerge, albeit on a small scale in the beginning, with thousands of Syrians fleeing to neighboring countries. By June 2011, the number of Syrian refugees reached 12,000 in Turkey, 8,500 in Lebanon and the first refugees started trickling into Jordan.

Starting in September 2011, the demonstrators had no choice but to carry arms in defense of their lives, families and their revolution. Shortly after, all hell broke loose and the country descended into civil war with opposition forces formed to battle the Syrian military for control of cities, towns and the countryside. Fighting reached the capital Damascus and the second largest city Aleppo in 2012. With violence expanding and engulfing the vast majority of Syria, the number of refugees increased exponentially, reaching 408,000 registered refugees by the end of 2012, mostly in Turkey, Jordan, and Lebanon.

More than six years have passed since the beginning of the Syrian revolution, and it has become the greatest tragedy of the 21st century and one of the most awful calamities in contemporary history. So far, about 465,000 people have been killed, and nearly 2 million have been wounded, according to the Syrian Observatory for Human Rights. More than 5 million Syrians are refugees and 6.5 million have been internally displaced in Syria, the biggest internally displaced population in the world, according to numbers from the United Nations High Commissioner for Refugees (UNHCR). The combined number of refugees and internally displaced people presents more than half of the pre-civil war population of Syria.

Civilians have borne the brunt of the civil war's disastrous consequences. Caught in the crossfire or on many occasions a direct target of violence and with the civilian infrastructure destroyed, Syrians have been forced to leave their homes as refugees or internally displaced people. Children and adolescent aged 17 and under who make up 51.5 percent of the total number of Syrian refugees have been the most vulnerable group of refugees, losing their fathers or other close family members or friends to the viciousness of the civil war, enduring irreparable physical and psychological trauma and falling behind in school or dropping out altogether. Their childhoods, innocence and dreams have been shattered forever. The scale of the humanitarian crises that resulted is unprecedented since the end of World War II. Today, a significant number of Syrian refugees inside and outside camps cannot meet their basic needs and are deprived of social services, education, health and essential human rights enshrined in international human rights law, conventions and other legal mandates, including the 1951 UN Convention and Universal Declaration on Human Rights. Syrian refugees require all the basics to sustain their lives, including food, clothing, health care, shelter and household items. They need access to clean water as well as sanitation facilities. Children need a safe environment and a chance to play and go to school. According to the UNHCR, an appeal for $4.5 billion was made by relief agencies to meet the urgent needs of the most vulnerable Syrians in 2016, but only $2.9 billion have been received.

DREAMS SHATTERED AT THE SHORES OF EUROPE

Many Syrian refugees, dazzled by the illusory European dream and hoping to find acceptance and opportunity have decided that they will be better offer in Europe, attempting the dangerous journey across the Mediterranean to the shores of Europe. Tragically, many of them have drowned. Who could ever forget the pictures of the lifeless body of the young boy, Aylan Kurdi, with his bright-red T-shirt and shorts, washed up on a beach, lying face down in the surf. Those who make it to European shores face a cruel reality. Resources allocated for Syrian refugees are strained and services offered are minimal. Worse, they face racism, Islamophobia and rejection from the society they would much like to become integrated into. Rising far-right political parties have taken aim at them with Marine Le Pen, the French leader of the anti-immigration National Front, linking the influx of Syrian refugees to the barbarian invasions that destroyed the Roman Empire. The European Union has failed miserably in meeting its humanitarian obligations to Syrian refugees. This is not an isolated case, but presents one of many negative attitudes of the European Union to its neighbors to the south.

The Syrian refugee crisis presents one of the greatest tests of our time. All countries should shoulder this responsibility fairly. Syria's neighboring countries of Turkey, Jordan and Lebanon have met and exceeded their responsibility. It is still time for the West to prove that they really believe in the principle of common humanity.