What the parliamentary report on the July 15 coup attempt reveals 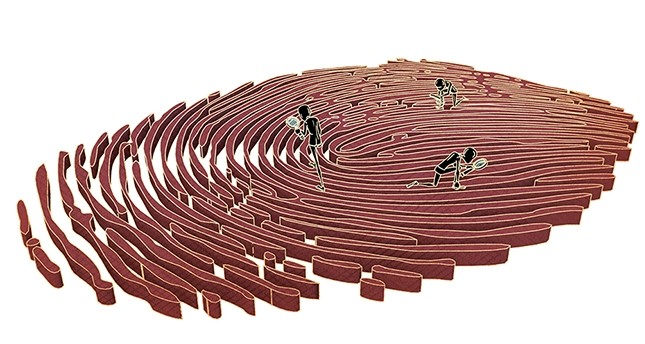 On the night of July 15-16, 2016, Turkey experienced its most violent, complicated and bloodiest coup attempt in its history. The first military coup staged in the Republic of Turkey came in 1960 when the then-ruling Democratic Party (DP) government was overthrown and Prime Minister Adnan Menderes, Foreign Minister Fatin Rüştü Zorlu and Finance Minister Hasan Polatkan were sadly hanged on flimsy grounds. Among the 11 victims of the coup were the former Istanbul police chief, who allegedly committed suicide and Turkish-Armenian DP Deputy Dr. Zakar Tarver, who was tortured to death.

Following the May 27 coup, which is remembered as a great shame in the history of Turkish democracy, elected governments have faced military coups almost every 10 years. As a result, the country's democracy couldn't thrive. A rift emerged between the people and the state. The resulting alienation paved the way for close-knit cliques and ideological groups or interest groups within the entire state apparatus. Both social peace and the structure of the state have been badly damaged by this. Even those supporting one or some of these coups felt that damage over time.

The beginning of the AK Party term

During the Justice and Development Party's (AK Party) rule, which began Nov. 3, 2002, democratization reforms, especially those intended to bridge the gap between the state and the people, have been given priority in the political realm. Actually, Recep Tayyip Erdoğan and his team took over a ruin in every sense of the word. Acting for the interests of a certain group, the establishment had brought about huge damage in every area. Efforts were launched to quickly remove that damage. A frail economy, debts, high inflation and high borrowing rates, weak infrastructure, demands for and violations of rights accumulated over the years regarding Kurds, Alevis and minorities due to security-oriented policies that preferred ignoring them, an inefficient government system and an administrative structure mired in inertia were just a few elements of the ruin that the AK Party inherited.

Large segments of society, particularly those excluded from the public realm and denied their rights and liberties, have passionately supported the political and economic reforms of the AK Party because the actors of the establishment were unwilling to hand over the power that they had obtained without elections and maintained by holding certain posts within the state apparatus. They have tried everything to thwart the AK Party's reforms and even to topple it with a coup. Despite facing numerous attacks, however, that revolutionary process went on under Erdoğan's leadership with the support of the people. The establishment and the various forms of tutelage have renewed themselves after every failure and continued their moves to design politics through new methods.

Committee to decipher the coup attempt

The Parliamentary Committee investigating the July 15 coup attempt of the Gülenist Terror Group (FETÖ), which was set up on Oct. 4, 2016, in the Turkish Grand National Assembly, began its activities. The committee prepared and released its draft report in May. It was clear from the start how difficult it is to identify the activities of this group, which has turned out had infiltrated not only various branches of the state apparatus but also every area of civil society, which hid its real face by pretending to be a charity organization dedicated to providing religious education and solidarity and whose real aim is to invade the Republic of Turkey through a wide a network of its crypto elements.

What we are faced with is a messianic structure that has organized itself as a kind of cabalistic Opus-Dei dedicated to a long-winded great ambition. We are talking about an organization that takes the shape of every medium it inhabits, operating well beyond the limits of a religious cult, having no ideological, secular, lifestyle-oriented, class based or sociological concerns and operating everywhere through its crypto elements. They seem to have mastered and practiced the methods of German-based advocates of the Radical Enlightenment of the 16th century, who had deemed the Enlightenment movement too slow and ineffective and argued for a much stronger fight against the Church. Indeed, the parliamentary committee's report is also intended to reveal this connection and behavioral aspects.

The head of the parliamentary committee, Reşat Petek, said: "The group had been preparing for a takeover for the past 50 years. The report reveals with clarity and certainty that FETÖ was behind the July 15 coup attempt after evaluating all evidence and documents." Petek's following remarks are equally important:

"We have analyzed in detail year-based data on those removed from the Armed Forces to understand from which year onward those who took part in the coup attempt had entered the army. Journalist and author Mustafa Önsel came to the committee and informed us that 15 cadets who entered the Military Academy in 1981 and graduated in 1985 were probably the first group of infiltrators from the organization that had been known then as "students of Fetullah Gülen" and that these were the very generals who led the coup on July 15. (…) It was confirmed that 15 of the 1985 graduates, six of them major general and nine of them brigadier generals, took part in the coup attempt. We saw that the number of coup plotters is high among those who entered the Military Academy between 1992 and 1994."

As is seen, the perpetrator of the July 15 coup attempt, FETÖ, has shown a consistently good performance over time, being quite successful, to be honest, in masking its real intent and its operations. It has amassed a large pool of human resources through its activities in the education sector, brainwashed youths it had lured with distorted religious arguments, formed a wide employment network, and expanded its organization spending billions of dollars of resources. It set three main methods for recruiting members: Incentive, employment and providing financial resources. If these failed, then it resorted to blackmail and threats. The group seems to have gained momentum especially after the 1980 coup and the Feb. 28, 1997 postmodern coup.

FETÖ had been on good terms with every kind of political party and tried to build ties with any party in power and with their leaders. Among the documents included in the report was a 1967-dated receipt for a TL 5,000 donation made by Gülen to the Republican People's Party (CHP), which is not liked by conservatives. In short, FETÖ had not emerged during the AK Party rule. Nor had its ties been limited to that party.

The main trials in the July 15 coup attempt have begun in Istanbul and Ankara. Apart from the main trials, there are also other ongoing trials related to cheating in all civil service recruitment exams and university entrance exams to install their members in public jobs, to get students attending their prep schools into universities and employing them later in critical state institutions. Of course, in the meantime FETÖ was also busy purging those civil servants and public employees whom it had seen as obstacles standing in the way of its members through mobilizing its crypto elements nested in the police, intelligence apparatus and the military and through its extensions in the judiciary.

FETÖ has meddled in the affairs not only of the state but also every political actor using illegal and covert methods. It has never abandoned its goal of changing and controlling the country's regime through illegal wiretaps and recordings. It has doctored and leaked to the press recordings of talks in Oslo held to bring an end to terrorism and persuade the PKK to lay down its arms in such a way as to cause public indignation. On Feb. 7, 2012, it attempted to detain Hakan Fidan, the undersecretary of the National Intelligence Organization (MİT), whom it regarded as an impediment. Of course, the real motive here was to reach and detain then-Prime Minister Erdoğan since the MİT reports directly to the prime minister. It's equally noteworthy that all these operations took place after the MİT had revealed that FETÖ-affiliated chiefs of police intelligence had placed bugs in the working office and residence of Erdoğan.

Besides that, it conducted operations against opposition parties, the CHP and the Nationalist Movement Party (MHP) during early 2010 and 2011 through illegal tapes. FETÖ members stand trials on these issues as well. In 2010, then-CHP leader Deniz Baykal resigned after a videotape obtained through secret recordings made in his two residences was leaked to the media. Baykal was replaced by Kemal Kılıçdaroğlu. Later, leaders of the other opposition party, the MHP, faced a similar plot in an apparent move to design politics. It just so happens that the Gülen-affiliated police team that planted bugs in Erdoğan's residences was the same team that carried out operations against the CHP and MHP.

Surely, that issue includes details vast and wide enough to make hundreds of movies, books, studies and theses. But it's essential that officials of the country hosting the group's leader and giving asylum to members of the group become closely acquainted with the facts because this group operates in more than 170 countries across the world. No matter which intelligence services control these operations and what benefits they provide to it, sooner or later the group would turn on the host country and make it go through the same ordeal Turkey had on July 15.