Certainty or uncertainty: Which one was the outcome of the UK general election? 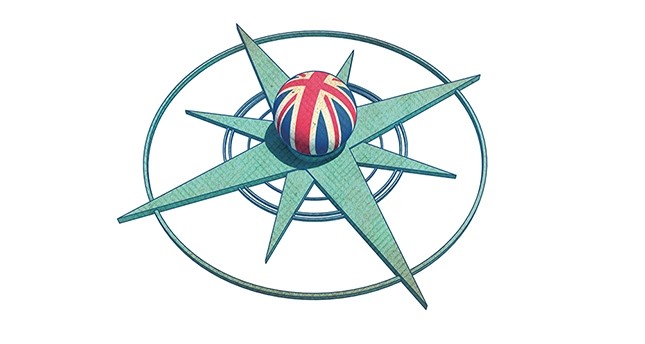 The political uncertainty that recently emerged in the U.K. after the June 8 elections is indeed another complication for which the Brexit vote is responsible

British voters went to the polls on June 8, casting their votes in the general election throughout the United Kingdom. The turnout was 68.7 percent, which is decent enough for Western democracies in which election turnouts are normally relatively low. However, even though the British people expected that the results of the general election would provide a level of certainty the country needed, especially after the Brexit referendum, the Manchester bombing, and the London Bridge terror attack, all of which shockingly generated an atmosphere of uncertainty for U.K. politics, the initial results show otherwise.

Results of the election

The U.K. woke up to a hung parliament after the initial results suggested that no one could get a majority in the election, as one party must have at least 326 seats out of 650 to secure a majority. In this case, we will not be able to see a majority government as in the previous election that resulted in the victory of the Conservative Party under the leadership of David Cameron. So, the question is what will happen now?

The results of the election, however, show that the Labour Party is actually the real winner of this election. They were able to gain 29 more seats in parliament compared to the results of the previous election under the leadership of Ed Miliband. One of the reasons for Labour's success is unquestionably the Jeremy Corbyn factor.

When Corbyn became the leader of the Labour Party, I anticipated that the Labour Party would definitely do much better under his leadership, because when I watched him speaking against the policies of the Conservative Party government in parliament (especially in Prime Minister's Questions), I saw a sensible and reasonable man who knew quite well how the opposition could be done in a constructive way. I think that his charisma is certainly one of the reasons why Labour won more seats in this election, and he seems to have proven to be a significant person for the Labour Party for the future.

Another question that is worth asking is whether the latest terror attacks (the Manchester bombing and the London Bridge terror attack) affected the outcome of the general election in the U.K. in any way? Even though we may never know the specific answer to this question unless we have reliable data concerning voters' perceptions, we can make assumptions at this stage, since it is highly likely that the general election was not the same as it would have been without these incidents. With this in mind, we can perhaps comment on the issue by looking at where the Conservatives and Labour stand on the matter of national security.

One could easily make a simple and humble observation that security is Theresa May's strong suit. Given that she worked as Home Secretary for six years before becoming prime minister, it might well be assumed that voters might have thought that she could better deal with security-related problems facing the British people nowadays.

As a matter of fact, if we compare the two strongest political figures, Theresa May and Jeremy Corbyn and further discuss how seriously they take the issue of security, as Mary Dejevsky suggested in her article published in The Independent earlier this month, Theresa May has a serious advantage in this case. This is not just because she was Home Secretary, but also due to the fact that Jeremy Corbyn is not regarded as someone who stands strong in the matter of national security.

Based on this comparison, British voters who normally were not going to vote for the Tories might have changed their minds because of the latest terror attacks that produced fear among people.

What will happen now?

It seems that there are three options for the U.K. based on the results of the election. The first is that the Conservatives form a minority government with the support of the DUP, while the second is that the Labour Party forms a minority government if they get enough support from other parties in parliament to do so. These two options, however, do not seem to be long-lasting, which leaves the third option – the possibility of a re-election that is also quite possible in these circumstances.

It is obvious that the U.K. is going through turbulent times, and the current situation does not seem likely to calm down anytime soon. British people seem to have a hard time ahead of them. There is also great uncertainty as to whether terror attacks will continue or not along with other uncertainties that have been around since the Brexit vote. What I believe is that the U.K. has passed the point of no return after the Brexit decision, and they are now paying the price for the wrong decision. It appears that because of this decision Britain will have more undesirable consequences in the near future.