The habit of Western allies: It never goes as it is! 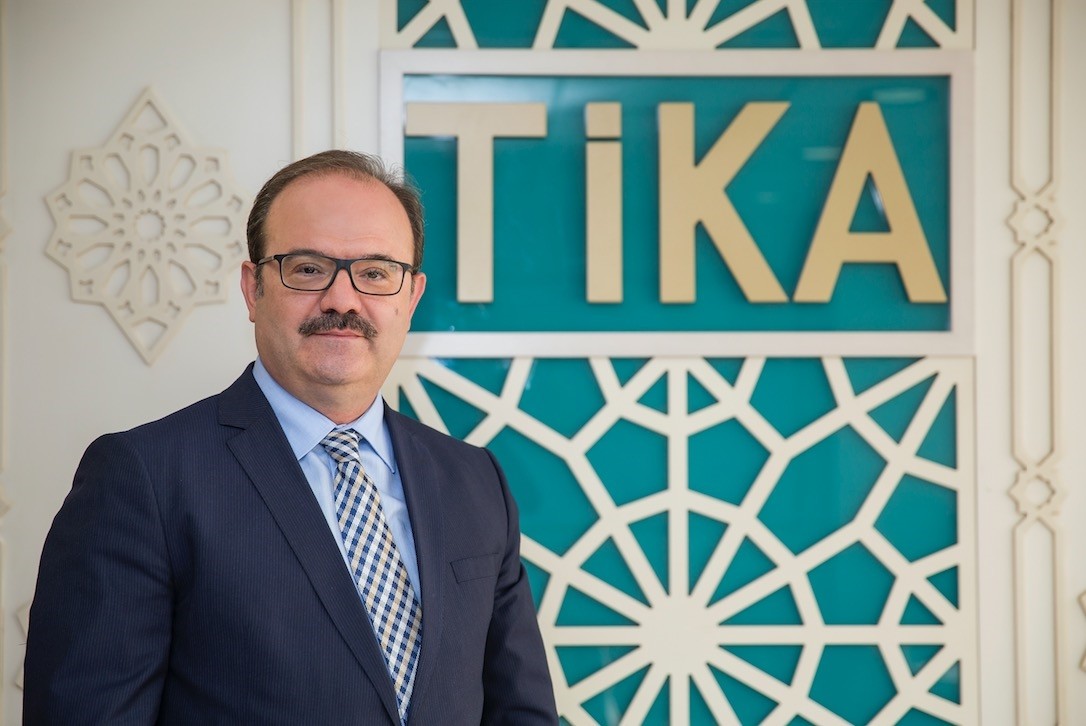 It is clear that attacking Turkey with disinformation and provıdıng sanctuary to terrorists and putschists will bring nothing other than additional problems to Europe, so even if Turkey's peaceful efforts are not appreciated, at least they should not be prevented

The threat of terrorism, economic instabilities, fragility in state systems, rising xenophobia, protectionism, refugee crises, social insecurities and environmental problems have raised concerns about the future of our world. Humanity is being driven on a more catastrophic path in the wild capitalist system where power precedes justice. In this context, international meetings are organized more than ever in the past. It is now even possible to find a specific summit for almost every challenge we face.

As current development approaches and practices are under serious discussion, the main theme was what could be done for new development architecture to end poverty and achieving sustainable development. While in Lisbon, we had a visit to the Explorers Monument (Padrão dos Descobrimentos), which holds the grave of Vasco de Gama and some other explorers. It was thought provoking to be talking about assistance to poor countries in a city where the story of colonialism began to be written in the 15th century, so it remains a question to be answered whether the Tidewater meeting is a sincere confession and affirmation of accepting past mistakes or not.

After Millennium Development Goals, which could not provide satisfactory results for many countries, it is now 2030 Sustainable Development Goals (SDGs) being promoted. Despite global reconciliation in SDGs, Tidewater has shown that there is still uncertainty about how to reach the goals and what will be monitored as a route map. In this respect, the U.N.'s Guterres's urgent call for reform of the U.N. development system, and his expression of concerns for the increasing lack of trust among nations and weakening governance systems does matter.

In most of the international meetings for development, like a sacred ritual, almost every speaker refers to the specific concepts in their speech such as aid for trade, south-south cooperation, resilience, commitments and so forth. Although it is important to develop a common language in discussion, the main issue is to get the desired results. Therefore, all development stakeholders, particularly staff of international organizations, have to demonstrate a strong, decisive and determined stance in order to better support the implementation of sustainable development policies. Besides dealing with technical issues like establishing large data pools like total official support for sustainable development (TOSSD), the major effort should intimately be directed toward how the lives of those in poor countries would positively change. Otherwise, the claim of setting a new paradigm, as in the Addis Ababa Action does, does not seem to go beyond a cliché in the discourse. Worse than this, increasing ineffectiveness of meetings in the world carry the risk of fueling more social unrest instead of producing solutions as the G20 Summit in Hamburg did. As is known, this high-level political meeting was shadowed by anger-filled demonstrations against the exploitative policies of the global order, and it was the scene of the harsh intervention of German police to the disadvantaged groups, who are just seeking their rights. The most prominent message inferred from the G20 summit was that things are getting harder for the status quo seekers, who believe power precedes justice, due to the durable reaction of people against unfair practices around the world.

Who is developing whom?

Modern development assistance, which began in the aftermath of World War II, has mostly been promoted as an effective way of supporting countries in their development processes. When considered this way, assistance is appreciated for having a humanitarian and supreme meaning.

According to the OECD, the amount of official development assistance (ODA) provided for countries in need reached a new peak of $143 billion in 2016. This represents an increase of almost 9 percent compared to 2015. Moreover, net ODA continues to grow and its volume in real terms has doubled since 2000. While statistics are improving, is it possible to talk about similar progress in the situation of the poorest countries? It is hard to say that it is. In other words, despite the huge amount of fund raising, there is a very narrow reflection of it on the ground. Instead of turning into concrete projects, most of the time funds are funneled to intermediaries and go to management costs and firms that seek to maximize their profits.

At the Tidewater meeting, Guterres noted that last year, developing countries received much more assistance than the least developed countries (LDCs). Bilateral net ODA to LDCs was just around 17 percent of total ODA, or $24 billion, in 2016. This is a dramatic indication that donor countries give priority to developing countries with the potential to expand their markets while the poorest countries are somehow left to their own devices in development.

An article published in the Guardian strikingly says:

"… [D]eveloping countries received a total of $1.3 trillion, including all aid, investment, and income from abroad in 2012. But that same year some $3.3 trillion flowed out of them. In other words, developing countries sent $2 trillion more to the rest of the world than they received. If we look at all years since 1980, these net outflows add up to an eye-popping total of $16.3 trillion – that's how much money has been drained out of the global south over the past few decades. To get a sense for the scale of this, $16.3 trillion is roughly the GDP of the United States."What these numbers mean is that the current development narrative has an exploitative story behind it, and so-called aid is effectively flowing in reverse. Thus, rich countries are not developing poor countries, but poor countries are sustainably developing rich ones. In such a case, is it possible to think of real development that would save the world from inequalities and poverty?

The 2030 agenda was set with the slogan of inclusiveness and leaving no one behind. However, resources do not reach the countries most in need and there is a reverse flow of money that makes poor countries even worse off. In this regard, the call for leveraging additional resource for development should be questioned. If sufficient struggle is given against unfair flows of financial resources, such as money laundering and corruption in poor countries, then unprecedented volumes of resources would already be created for them. Therefore, attention should first of all focus on how to change the attitude of donor countries in freeing themselves from the profit-oriented corporates and how to save development assistance from being an instrument of patronage relations.

Today's developing countries refuse the decades-old development approach of traditional donors. In other words, they oppose the so-called assistance that creates a kind of unilateral and exploitative relationship. Trust in developed countries will definitely weaken further if similar mistakes of the colonial period continue to be made. Furthermore, the new emerging actors will try to fill the gap more convincingly. For instance, China gives a strong message to the world with its One Belt, One Road project that promotes gathering 68 countries around a new story of establishing an inclusive and equal partnership in development.

Today, all countries are open to crises and it seems hard to categorize countries as north-south or developed-developing. To illustrate, there is no specific region for terrorist activities anymore. Thousands of refugees fleeing Syria, Iraq and Yemen live in poor conditions near the borders of developed countries. Social movements can easily become radicalized and transform into racist and xenophobic movements, as in Europe. Countries that were very wealthy can turn into failed states, which also lead to armed conflicts and civil wars. As a result, development gains accumulated over decades are suddenly melting down, as in Libya and Yemen.

To deal with the new global challenges, it is necessary to remember that protectionist, isolating and self-interested policies of any country will not produce a permanent resolution in search of a safe harbor. It was emphasized at Tidewater that a single country or organization's efforts will not be enough to achieve SDGs, but looking more holistically at all levels is required. Although the need for cooperation is clearly defined, it is difficult to understand the attitude of Western countries on Turkey, one of the key contributors to the solution of the global problems.

The U.N. states: "…[H]umanitarian needs have risen to a level not seen since the end of World War II with an increase in frequency, scale and magnitude of emergencies." Turkey, as an upper, middle-income country, has contributed significantly to the resolution of global humanitarian crises in recent years. Despite ongoing difficulties such as the Syrian civil war and refugee crisis, the coup attempt of the Gülenist Terror Group (FETÖ) against democracy and terrorist attacks of the PKK and Daesh, Turkey has never stepped back from supporting the global efforts of sustainable development. According to the OECD data, Turkey provided $6.2 billion in ODA in 2016. A Global Humanitarian Assistance Report also records that Turkey provided $6 billion in humanitarian aid in 2016, which makes Turkey the second-largest country in terms of quantity and the most generous country in the world in terms its ratio to national income (0.75 percent). These sincere efforts that contribute to peace still wait to be well understood. While cooperation is valuable more than anything else today, what will its allies earn in trying to squeeze Turkey into a corner? An important ally of the West for decades, Turkey is the buffer zone of Europe in many crises. It is clear that attacking Turkey with disinformation, and hospitality to terrorists and putschists will bring nothing other than additional problems to Europe. Therefore, even if Turkey's peaceful efforts are not appreciated, at least they should not be prevented.

All in all, the Tidewater meeting was left behind, but the world continues to struggle with major challenges. To reach a more prosperous order, the need for new development cooperation architecture is inevitable, accompanied by basic humane principles of sincerity and fairness. Prosperity and security cannot be imagined in a world where the rich get richer and injustice pervades everywhere. All kinds of exploitative and hierarchical relations will only accelerate the collapse. Therefore, development experts should act decisively and bravely in developing a new language of communication and convincing all stakeholders to leave their petty interests aside for the sake of common goals like SDGs.

As long as development experts act as if they are salaried employees of rich countries, nothing will change in the world.