What will post-referendum Iraq be? 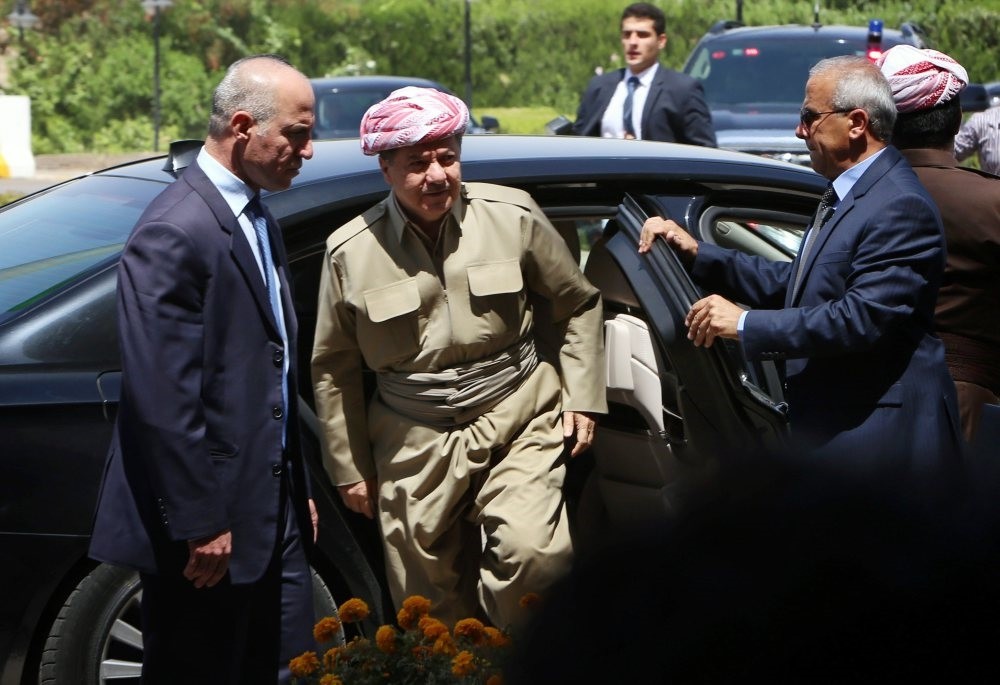 It is not advisable to pressure Barzani on the September referendum, as he has a lot at stake in the success of it and his failure in delivering what he has promised the Kurds would weaken him significantly and boost his foes, especially the outlawed PKK

All the indications point to the inevitability of the referendum that Masoud Barzani, the head of the Kurdistan Democratic Party (KDP) and president of the Iraqi Kurdistan Regional Government (KRG) is determined to hold on Sept. 25, 2017. Observers have mixed feelings about the motives and the possible consequences of this referendum. It will be a watershed event for the all of Iraq, and Turkey needs to be prepared for post-referendum Iraq, which will not be the country we know now.

Although a considerable number of Iraqi Kurdistan residents have some reservations about the referendum, Barzani has managed so far to create a national consensus about the referendum. On June 7, 2017, 17 Kurdish parties, including the powerful Patriotic Union of Kurdistan (PUK), met with Barzani and set the date for the independence referendum. Except for Gorran and the Komal Islamic Group, which also support the referendum but have some reservations about its timing and mechanism, all Kurdish groups were in this meeting. Regardless of the strong resistance from the central government in Baghdad, aided by Iran, which considers Barzani's decision unilateral and unconstitutional, the international community seems to be gradually acquiescing to the referendum.

Although Turkey, the EU, and even the U.S. have made public statements in support of preserving Iraq's territorial integrity, none of these countries are keen to take active measures to prevent it. This is due to many reasons. After all, the right to have a plebiscite is a democratic right for people and recently many democratic countries have exercised this right. In addition, the KRG has the somehow convincing argument that Iraq has fallen under considerable influence of Iran and it is heading rapidly toward the formation of a theocratic-type government similar to that of Iran. This concern is not without justification. Ali Khedery sums up the state of frustration of Iraqi Kurds and Sunnis with the Baghdad government: "The Iraqi government is hopelessly sectarian, corrupt, and generally unfit to govern what could be one of the world's most prosperous nations."

Although many in the West and Turkey see the disintegration of Iraq as a destabilizing factor with spill overs in the region, they view the KRG as the only powerful bloc remaining in Iraq to stand against Iran's total domination of the country. Iran is already using its political and economic monopoly in Iraq to serve its political aims. Iraqi Shiite militia commanders are on record saying that their mission is not confined to the borders of Iraq. They have thousands of fighters in Syria and Yemen and even threaten Saudi Arabia and Turkey.

Judging from the numerous statements coming from officials in Baghdad and Tehran, it is reasonable to assume that Iran will save no effort to deny Barzani the almost certain popular mandate, which he will receive should the referendum go ahead as planned. Iran has not exhausted using its leverage yet with Kurdish groups, especially the PUK, to postpone the referendum. It has recently ordered the bed-ridden Jalal Talabani, leader of the PUK, and a senior delegation from his party to come to Tehran. Iranian officials delivered stern warning to the Kurdish delegation that the referendum is not acceptable to Iran. Should Iran fail in convincing the PUK, which it might have already, it would resort to instigating Shiite militias and even the Iraqi army to attack the Kurdish peshmerga in Kirkuk. This will be under the pretext that the referendum is illegal, especially in the regions of Kirkuk and Sinjar, which are disputed territories by the Iraqi constitution. Should this occur, the KRG will turn this confrontation into a war of independence and the referendum becomes irrelevant. In fact, this may spell the end of Iraq as an entity with its current borders. The U.S. and many Western countries will not afford to see this happen or desert Barzani. This will also create a foreign policy dilemma for Turkey.

The most reasonable scenario, which Kurds and their Western backers hope for, is to allow the referendum to occur peacefully. A sound strategy from KRG leaders might look like this: They would meet with leaders in Baghdad behind closed doors and the Kurds would tell the Shiite Arab leadership in Baghdad that things can go two ways – amicably or terribly for everyone. Many KRG officials, including Barzani, have recently made statement to this effect. They made it very clear that they do not intend to declare independence, but they are determined to redefine their relations with Baghdad on new terms. David Romano in "What Might a Post-Referendum Kurdish Strategy Look Like?" and several other American advisors to the KRG have suggested "… [a] proposal to combine a declaration of independence with an immediate announcement of confederation with Iraq, wherein Kurdistan would become a sovereign state but still have a host of key and official linkages with Iraq. These linkages could include a shared defense and foreign policies, and hydrocarbons production. Zalmay Khlilzadeh, U.S. ambassador in Iraq from 2005 to 2007, recommends a similar policy. He writes the best result would be a decentralized Iraq with a federal system in the Arab-majority areas, operating in confederation with Kurdistan.

Barzani is working for a scenario in which the referendum will create an environment that will enable Kurds to have some loose association with Iraq in the form of a confederation. Nonetheless, Michael Knights, who has first-hand experience with Iraqi groups in the country, warns the Kurds against a hasty declaration of independence. He suggests "a negotiated separation or sharing of sovereignty aiming at co-equal status in the formation of a confederation system between [Baghdad] government and the KRG. This will thwart what he considers undue Iranian or Turkish interference in Iraq … or over-dependence on Turkey alone."

It is not advisable to pressure Barzani on the matter. He has a lot at stake in the success of the referendum. His failure in delivering what he has promised the Kurds would weaken him significantly, and it will boost his foes, especially the outlawed PKK.

It is the view of this writer that Turkey should consider the eventuality that the referendum will go ahead and it should encourage the KRG and Baghdad government to settle their differences through dialogue. Should Iraq survive after the referendum, it will not be the same.