Turning libraries into houses of wisdom and Turkey's library statistics 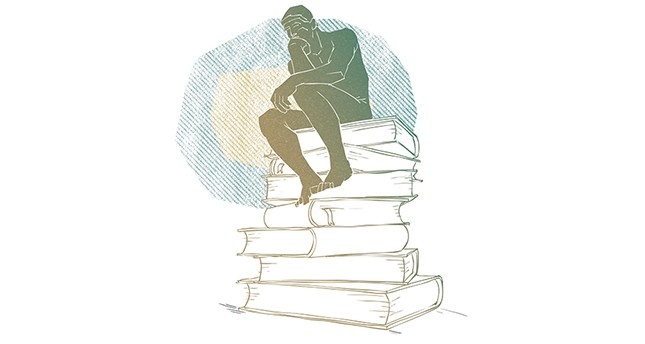 In the early years of Islamic civilization, places where books were gathered were not called the contemporary Arabic-Persian term "ketabhane" (book house, or library) or "bayt al-ilm" (house of knowledge), but rather "bayt al-hikma" (House of Wisdom). This probably was due to perceiving knowledge or books as a pure means of reaching wisdom of the world, nature, body, planets and so on.

This is the meaning that Islam attributes to reading, which can only find its true meaning when within it there is contemplation, appreciation and submission. And reading does not only happen through reading a manuscript or a book, it is a more sophisticated phenomenon for those who are on a constant journey of contemplation, appreciation and submission. It could happen through the appreciation of mesmerizing flowers, colorful butterflies, the various smells that each and every vegetable and fruit have, the power the earth has in terms of giving life to anything while at the same time harboring all that has deceased including people, plants and animals.

This is why early Islamic scholars did not suffice only with religion, but they endeavored greatly for a better understanding of this world and the world beyond. Hence why they were interested in astronomy, cosmology, algebra, geometry, alchemy and so on.

At a time when there was no room for reason and science, Caliph Harun al-Rashid (763 to 766) built a House of Wisdom, which was developed into a formal institution by his son Caliph al-Mamun. The House of Wisdom was inclusive in that it was not only open to Muslim scholars, but scholars of others faiths. At the same time, the mind behind the House of Wisdom valued the efforts of previous civilizations in terms of making sense of this world and, as such, scholars who drew on the knowledge in these texts to go on and make new discoveries translated philosophical and scientific texts from different civilizations including Greek, Syriac, Persian and Indian. At a time that has been described as the Dark Ages in the West, the activities at the House of Wisdom exemplified that religion and science, faith and reason, can coexist, paving the way for the transformation of Western civilization.

Unfortunately, this House of Wisdom was destroyed in the 13th century by the Mongol siege of Baghdad, but it did play its part in advancing thought and the horizon of humankind, and probably without the House of Wisdom humanity would not have experienced the advances made today.

In that sense, libraries have played critical roles throughout history in terms of transferring knowledge to new generations, and they continue to hold onto this critical role. And today, unlike the ninth century, there is a huge abundance of libraries across the world and people do not have to travel for miles to access or undertake studies at a library. With the ever-increasing number of digital libraries as well, accessing resources is almost a click away. In an age where information is power, the significance of libraries becomes even greater. To a great extent, it is the quality of a nation's relationship with books and libraries, in other words science that has considerable relevance to that individual country's development. In this sense, the below statistics say a lot.

Unfortunately, the number of visits to libraries in Turkey is nowhere close to those in any of these countries. According to recently published statistics from Turkish Statistical Institute (TurkStat), the number of people who used public libraries in 2016 is barely over 24 million compared to country's population of almost 80 million. This is significantly low compared to the other countries.

With no doubt, when considering this significant gap, the impact of the current and historical socio-political and economical journeys that each of the above countries have experienced in the last decades or centuries cannot be dismissed. However, regardless of the historical or current context, the significantly low number of visits to libraries in Turkey needs some good reflection as to the causes and ways to address them.

It is with regret that due Turkey's socio-politics, people from all walks of life are greatly immersed in political issues and consumed by them. Although this is not stable – perhaps inevitable – due to the severity, sensitivity and relevance of domestic, neighboring and further foreign issues, it is clear that it is wisdom that is going to help the country, new generations and humanity in the long run. As such, there is a need for a society that has been immersed in politics to be encouraged to get immersed in reading and researching.

Going back to the issue of libraries and how to enrich Turkey's effective library use, the House of Wisdom and the activities undertaken within the House of Wisdom provides very useful tips as to how libraries could be more functional and productive. As such, as much as looking at the libraries in developed countries, examining the past library experiences in the Middle East and cultivating the two would probably yield better outcomes.