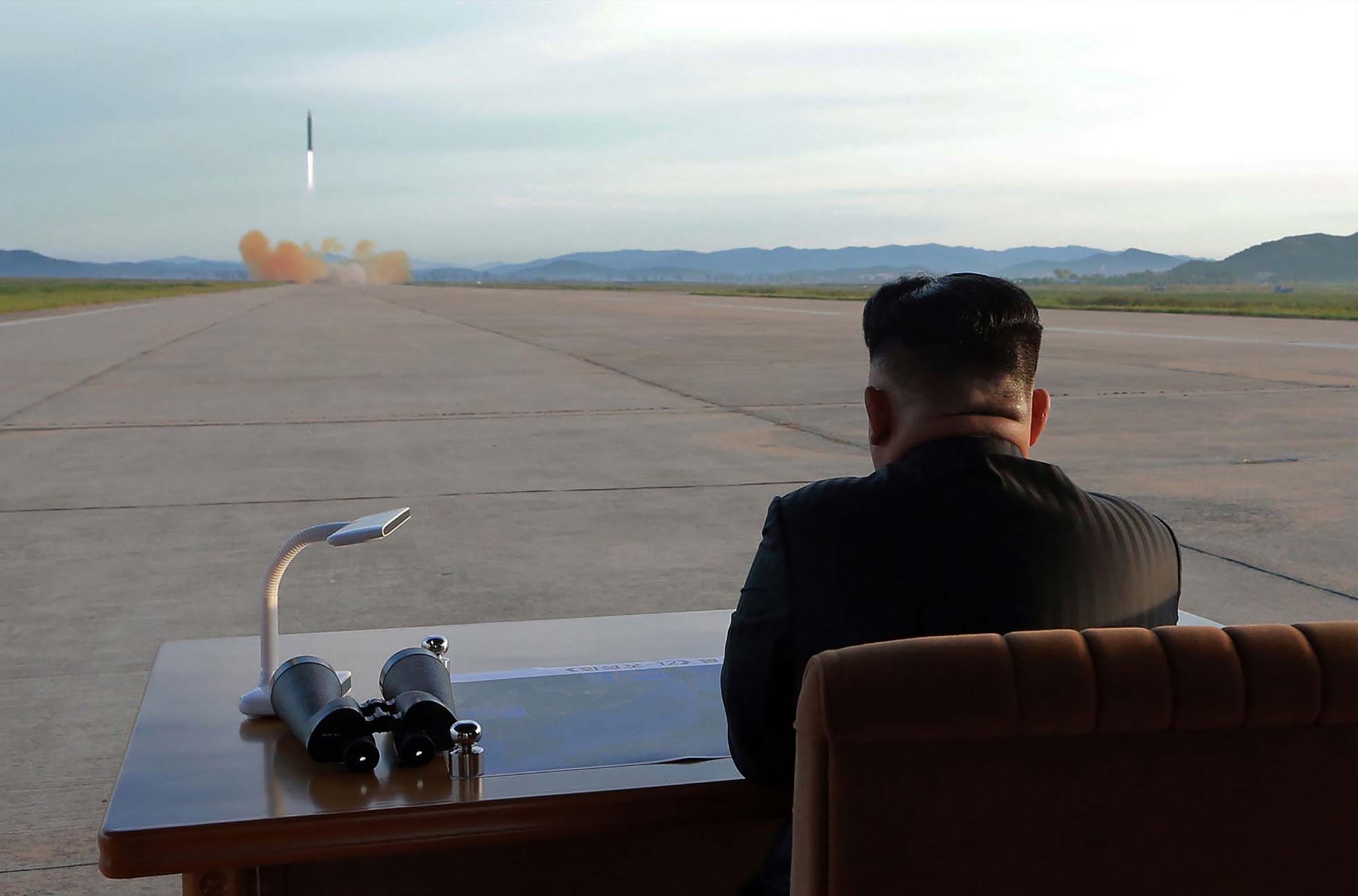 The current three major crises in the world; the Russia-Ukraine conflict, the war-ridden Middle East and the North Korea missile threat, signal that another world war is on the brink of happening in the near future

We are faced with the fact that currently there are three hot risk areas in the world with a potential to evolve into World War III. Before examining them, I would like to recall a famous quote by Einstein: "I do not know with what weapons World War III will be fought, but World War IV will be fought with sticks and stones."

The first problem area is the Russia-Ukraine crisis. The second is the Middle East, of course. And the last one is a crisis that comes to the fore recently, the North Korean front.

In each case, the U.S. and Russia are involved in the issue whether the crisis is within their borders or not. Of course, many other countries also show up in these areas or at they at least try to do. The Myanmar issue emerged as another crisis in the Far East along with North Korea.

Rightly or wrongly, historically, Russia regards the Baltic Sea and the Polish border as red lines for its national security. Russia was not likely to remain unresponsive to stretching this line up to Ukraine's eastern border, with the purpose of integrating it into NATO and the EU. The same can be said of Georgia, whose attempt to join NATO has triggered Russian intervention in the region through Abkhazia and Ossetia.

It seems necessary here to criticize Russia's interventions from the point of view of Ukraine, Crimea and Georgia. But the U.S. and the Western bloc acting without predicting Russia's intervention or ruling out such a possibility had not only shown shortsightedness but it also brought serious consequences. Two of the few foreign policy objectives of Russia that have remained intact for centuries can be described as securing its western borders further afield and accessing warm seas. It is impossible to make plans without understanding this fear and related objectives.

Correlation of the current crises

Hence the world is faced with a serious crisis now. Each side has its share of responsibility for it. The Ukraine crisis is directly linked to Syria and other problems in the Middle East. Russia uses Syria as an opportunity to strengthen its hand in the Ukraine crisis, to regain the trump card it lost during the Libyan crisis, to turn Syria into a Russian base and access warm seas though it does not have a coast to warm waters. Obama's ineffective and erratic policies have made Russia a main actor in Syria and even in the Palestinian issue. Iran's power projection into the region also stemmed from Obama's policies. But that disturbs Israel very much. Indeed, in his latest statement Israeli Prime Minister Netanyahu said in reference to Assad: "If he wants to remain in power, he has to expel Iran from the country." Yet he knows that for this to happen, Russia must take action.

So, it is seen that if things get worse, crises in these two regions may trigger each other like combined vessels.

Moreover, the North Korean crisis has a potential to lead to a confrontation between the U.S. and Russia. Though North Korea has been closer to China especially after the disintegration of the Soviet Union, Russia would not remain silent if the U.S. intervenes against it with South Korea by crossing the 38th Parallel.

For the moment, the leading actor here is China. Or rather, the country that is demanded to lead. But the U.S. does not appear to understand the complexity of China's relation with North Korea.

North Korea has long been a bone of contention between Russia and China. For Mao, it was of vital importance. So much so that he did not hesitate to send a million soldiers there during the Korean War and had no regrets over losing 400,000 of them. Though the new generation of Chinese leaders became fed up with North Korea, it must not be assumed that China, North Korea's sole lifeline, can easily influence this country. Just as Mao resisted the Soviet Union, now China would resist the U.S. over this issue.

Collapse of North Korea as a country would raise lots of conflict issues like the possession of nuclear weapons and U.S. control over the gulf. On another note, if China imposes sanctions on North Korea and that country manages to survive, China would face an enemy with nuclear weapons on its southern border. Besides, North Korea's aggression invites U.S. presence in the region and disturbs China since it wants to be the sole superpower there. Perhaps these complex balances would keep the status quo intact if North Korea does not go too far.

Meanwhile, it is necessary to anticipate China's involvement in the conflict should an intervention against North Korea occur.

It is a tough game in all three areas. And it is not unlikely that an unwanted move in any crisis area unleashes another one, eventually leading to a world war.

Of course, the political situation in the U.S., which is currently reeling from Hurricane Irma, is quite worrisome. The two-party system that has dominated the last 150 years has effectively ended. No one, with Donald Trump coming first, believes that the president is a Republican. In fact, Trump receives more criticism now from Republicans than from Democrats. He is not much bothered by that, either. For he is doing the same. There are rumors that Trump will compete in the 2020 elections as an independent candidate. It is apparent that Trump, who did not have his party's support during the election process but won against great odds, does not feel indebted to anyone. It is not clear how the U.S. under an unpredictable leader will behave in potentially explosive situations and what contradictions, administrative weaknesses and divergences emerge. That political uncertainty in the U.S. can bring serious consequences for the world as well.

The reactions of political elites

Across the world, there is an enormous reaction by angry masses against political elites. It is not possible for political establishment anymore to soothe the masses through perception management. This failure of mainstream politics paves the way for radical parties and movements. As mainstream politics is dominated by the rich, elites, global companies and lobbies in many Western countries, the poor, dispossessed and impoverished middle classes have sought new ways. Elitist and insensitive policies of mainstream politics, whether on the right or left, and mediocre and incompetent leaders seem to have caused that.

In the past, it was possible to incite civil war in a country or topple a government through coups for a certain purpose and expect the resulting chaos to be confined to that particular country. But that is not an option in a globalized world. We see how much the aftershocks of the Syrian civil war have shaken the EU with small-scale migration. One cannot guess what would have happened in Europe if Turkey had not acted as a safety valve. Recently, Denmark has announced it would not accept 500 refugees annually as it had previously promised to the U.N., citing integration problems. Turkey hosts 3.5 million Syrians and Iraqis alone. That failure to grasp the gravity of the problem is really beyond comprehension.

Perhaps there are some who really want World War III. But the world may just be drifting toward such a war because deep-seated wrong policies cannot be changed, decaying values and inert international organizations cannot be revamped. Both are bad. I hope these predictions are not right.

Indeed, the logic of realpolitik and the international order, especially the U.N., need thorough change. But the question is: Can mankind do this before or after a world war? Because Einstein told what would happen in the fourth war.