How Turkey saved the Persian Gulf from a bigger crisis 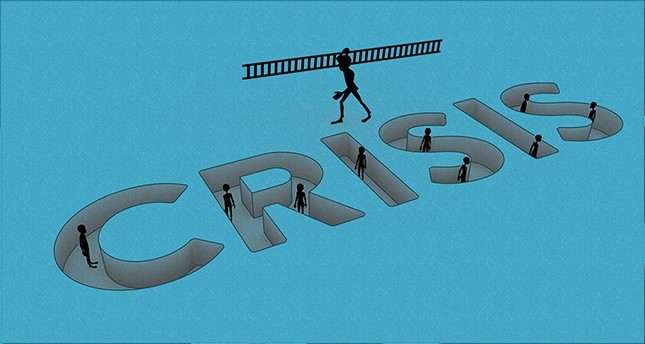 On the morning of June 5, Turkey was caught by surprise when the Arab quartet - Bahrain, Egypt, Saudi Arabia and the United Arab Emirates - severed diplomatic ties with Qatar and announced multiple sanctions restricting their trade, air and financial relations with Qatar. It took more than a month before the quartet listed the demands that Qatar had to meet before they would normalize relations the country, which Qatar immediately dismissed, calling them an attack on its sovereignty. The demands were repackaged as six principles Qatar was supposed to abide by before relations with neighboring states could be normalized.

The Gulf quartet expected Turkey to remain neutral without showing any interest in assuring Turkey's concerns and interests in the crisis. Qatar-Turkey bilateral relations were soon subjected to third party interference, an unnecessary undiplomatic expectation from both countries. Turkey's quick response was to safeguard its interests by hosting major stakeholders from the region, foreign ministers from Iran, Qatar and Bahrain, and hectic telephonic diplomacy between Erdoğan and world and regional leaders. Since King Salman became king, Turkey has assumed more importance for regional leaders and business, making Turkey an important destination for GCC investments, Gulf tourists and military and strategic partnerships.

Saudi-Turkey relations had seen serious efforts to upgrade the relationship allowing Erdoğan and King Salman to interact more frequently. The Persian Gulf has been a difficult region for Turkey to balance between warring factions and ideological and security camps.

Unfolding events in Iraq caused more mistrust between Iran and Turkey as Turkey saw Iran rapidly increasing its influence in Iraqi politics and security. This brought both Turkey and the Gulf countries to a common understanding about Iran's growing influence and sectarian ambitions in the region. The military coup in Egypt on July 3, 2013, clearly changed Persian Gulf politics where Qatar continued its support and shelter to activists and leaders of the Muslim Brotherhood, many wanted by Egypt for several charges related to terrorism and sedition.

Soon after the death of King Abdullah, King Salman found Houthi militias in Yemen challenging Saudi leadership and a non-responsive Egypt frustrated Saudis enough to rethink about Turkey and start high level engagement. Turkey demonstrated the flexibility Saudis needed, by moderating anti-Sissi criticism and enhancing cooperation to counter Daesh in Syria and Iraq. The Turkish position evolved more in consideration of who replaces Daesh, rather than who is the most effective in defeating them.

But the short-lived bonhomie between Saudi Arabia and Turkey started declining following the fall of Aleppo, creating divides in both countries' visions for regional security and stability. For Turkey, the rise of PKK-affiliated militias across its southern borders in full complicity with Turkey's Western allies, the United States and Europe, was a major problem not only for its own security but also for regional order that does not have a place for a new state without having sufficient ability to remain independent of Western control.

The prolonged and deepening military conflict in Yemen with no political outcome in sight is an irritant between Turkey and the Gulf countries. As Saudi military engagement continues, its dependence on Egypt and the UAE deepens. Turkey and Pakistan are not happy with the worsening humanitarian crisis. Now, the UAE's active military involvement in Yemen and Libya in coordination with Egypt has raised the UAE's strategic profile in the region. In addition, in Yemen, the UAE has a clear choice between the Houthis and Ali Abdullah Saleh whose family has significant business interests in the UAE. The only problem is that Turkey's objectives in the Persian Gulf remain incomplete if its newly improved relations with Saudi Arabia and the UAE become spoiled. Turkey's challenge is to prioritize its interests in each country and advance a policy to achieve these interests without losing the other.

As the Arab-Islamic summit concluded, change began via an overnight reshuffle in the royal family that eventually replaced Mohammad bin Nayef with Mohammad bin Salman as crown prince. The continuity of the Turkey-Saudi relationship was challenged by these developments despite the fact that Turkey had supported the Saudi-led Islamic Military Alliance to Fight Terrorism (IMAFT) and the Saudi role in resolving the Yemen crisis. Presidential spokesman İbrahim Kalın even expected a "new period of intra-regional solidarity" and "regional ownership."

If Turkey takes a clear side either by supporting Qatar and losing the most important player in the region, Saudi Arabia, and the rich investor, the United Arab Emirates, this will bring a prolonged period of inconvenient if not hostile relations with Gulf countries and disrupt Turkey's newly energized Middle East diplomacy. Even the Gulf quartet failed to convince Turkey of its interests in the region. The Saudi-led quartet has put Turkey in an uneasy situation where the trust-deficit between Turkey and Persian Gulf countries will remain a major problem for strategic cooperation. Their expectation of neutrality requires Turkey to accept every decision imposed on Qatar by the Saudi-led quartet, including the closure of a Turkish military base. Turkey's "neutrality" as defined by the Gulf quartet would have forced Qatar either to accept the quartet's demands to avoid an imminent regime change or to seek immediate rescue from Iran. Turkey's careful balancing act between its core interests in Qatar and other Gulf States has saved the region from plunging into a deep crisis. Qatar is an important country for Turkey's Persian Gulf policy, but it cannot replace Saudi Arabia. Turkish diplomacy clearly conveyed to the Gulf quartet three key objectives that Turkey wanted to convince Saudi decision makers in securing them. First, to stop any regime change prospects; second, to protect Turkey's recently established military base; and third, to ease restrictions on the Muslim Brotherhood and Al-Jazeera, in exchange for some compromises Turkey may persuade Qatar to accept.Much of the opposition to mediation efforts by the international community to resolve the crisis is coming from the United Arab Emirates with whom Qatar has a competitive relationship. While the quartet failed to achieve immediate regime change in Qatar, Saudi Arabia started shifting its priorities in the region, rapprochement with Iraq and its Shiite communities, finding a political settlement in Yemen and Syria. Saudi-Qatar reconciliation is not impossible if Qatar continues previous commitments that it had promised to the Saudis in 2013 and 2014. In its efforts to diversify Saudi Arabia's regional security and economic profile, Saudi Arabia would likely remain engaged with Turkey, the only powerful Sunni country in NATO. Frequent visits by Turkish officials to Saudi Arabia and Qatar, president, former president and foreign minister, aim to seek the return of the GCC led regional security architecture.

The increasingly hardening policy of Saudi Arabia towards the Muslim Brotherhood has worried Turkey and Qatar. But Saudi Arabia needs Turkey on its side to counter Iran's growing influence in the region. Turkey, as the only powerful Sunni country and a NATO member, shares concerns with Saudi Arabia and the United Arab Emirates on a host of issues, including the Syrian crisis, the Islamic Military Alliance against terrorism and defeating Daesh. Turkey prefers the return of the GCC-led regional security architecture that adjusts Turkey's interests, particularly its special relations with Qatar.

* Delhi based analyst and commentator on Middle East politics.