The Yankees of Spain and the Anglo-Saxons of the east 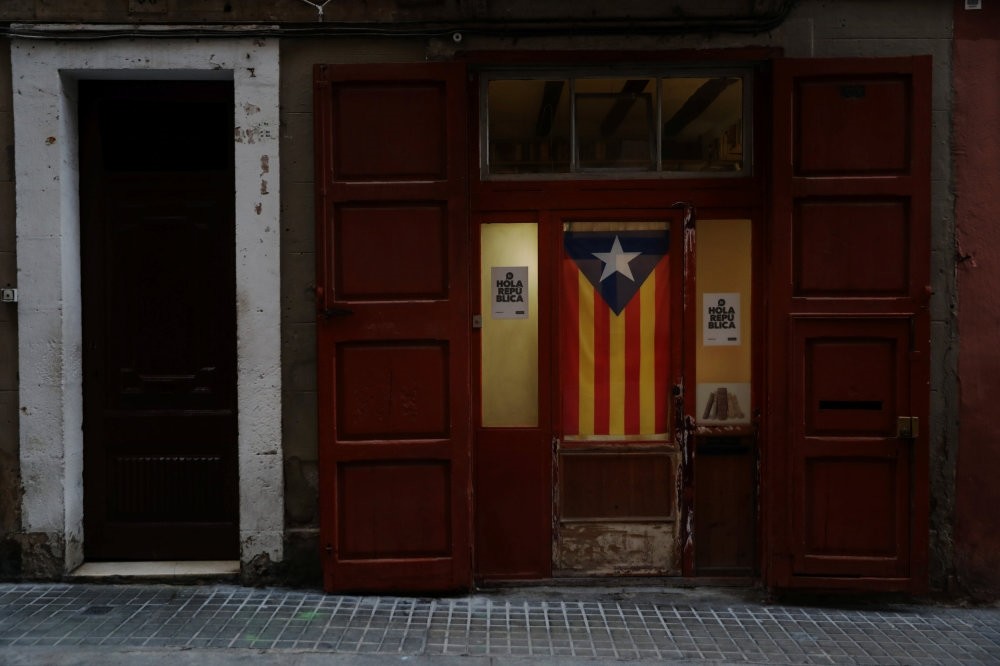 Spain's struggle with the Catalan independence referendum is not treated as an urgent Turkish affair like the referendum that was held by the Kurdistan Regional Government leadership in Iraqi Kurdistan. Nonetheless, there is something about this Spanish case that is worth an extra look in Turkey.

Interestingly, the historical root of the national sentiment among Spain's Catalans shares a common ground with the national rise of the Ottoman Armenians. This commonality points at how the mobilization of an identity group against an existing government affects the global quest for international standards of governance.

Group identities unto themselves are not inherently national, and the politicization of group identities is a function of power. A dialect and a region do not automatically make people into a political unit that claims to have a right of self-determination in defiance of its government. For instance, the dialect that is spoken in Provence, which is similar to the dialect in nearby Catalan, has not been claimed as a cultural basis for the people of Provence to identify themselves as a political unit that is separate from the French state. Unlike the identity of people in Provence, the group identity of Catalans – like that of Armenians – has been significantly influenced by a powerful external source.

The Catalan and Armenian cases are two examples in modern history of how the power to lead identity groups toward political organization has been largely American.

The popular discourse on Catalan identity does not reveal that already in the first half of the 19th century there was an attempt in the United States to single out Catalans among the people of Spain and identify them as the "Yankees of Spain." This identity tag was supposed to be a great compliment to the Spaniards of Catalan, but, more importantly, it reflects an American sense that cultivating a special relationship with the population of Barcelona via regional identity had the potential to hinder Spain's ability to govern affairs in its main commercial port. By encouraging the business-minded people of Catalonia to see themselves as a separate entity that is held back by the Spanish government, Americans were able to lead Catalan traders into forming opinions and making decisions that would agree with American interests. The Catalans' "Yankee" nickname was accompanied by publicized assertions that they were an enlightened and enterprising people, who were confronted by an antagonistic government.

Americans became inclined to emphasize Catalan identity in the Cuban context in the several decades that preceded the war in 1898 between the United States and Spain. The Spaniards who had governed Cuba and maintained Spanish control over it mainly came from Barcelona, which presented the American political leadership that had taken an interest in Cuba with a reason to also take an interest in driving a wedge between Catalonia and the Spanish government. Simultaneously, Barcelona turned into the most hospitable Spanish destination for missionaries who were looking to spread Protestant teachings among Spain's predominantly Catholic society.

Thus, information was created to lead the general public into seeing the Spaniards from Barcelona as members of a Catalan group identity that distinguishes them from the rest of Spain. Over the course of years, the foreign insistence that the people of Catalonia have a group identity that separates them from the Spanish collective penetrated the local psyche and started to be seen as historical and political. Now, Spain is in a predicament because it is confronted by a large group of citizens who have become thoroughly convinced that they have their own national identity and a just claim for statehood.

Similarly, it is not popular among Armenians to openly consider and discuss how American missionaries profoundly transformed their Ottoman ancestors' group identity long before 1915. This disinterest by Armenians in a watershed moment in their collective history is related to how their public discourse has been shaped. American-led information has directed the discourse in academia away from studying the American influence on Armenians in the first half of the 19th century by systematically describing the later suffering of Armenians as genocide and causing a stir over this labeling.

Along the American dubbing of Catalans as the "Yankees of Spain," there was an effort in the United States around the same time to present Armenians as the "Anglo-Saxons of the east." Armenians were called that in a book by H. G. O. Dwight, who led the American missionary activities among them. This book, which is titled "Christianity in Turkey," offers illuminating details on how Dwight supervised an organized process of turning a traditional and peaceful Ottoman ethno-religious people into a Protestant-inspired group that by the end of the century functioned as a polity that challenged the sovereignty of its government and took action of a rebellious nature. Instead of becoming familiar with a book such as the one by Dwight, Armenians in particular and the public in general are drawn to consume information that centers on the label "genocide."

Much like Catalans, Armenians were seen in the United States as amenable to instruction on governance. Through the conditioning of their newly constructed Armenian group culture, the people, who had previously identified themselves by the name "Haik," were co-opted by their new leadership's commitment to rule over Ottoman territory in eastern Anatolia. Disaster ensued.

The protection of governments
Today, it is popular to make anti-governmental claims in the name of democracy, but democracy is a form of rule and not a form of rebellion. The current trouble in Spain is a remnant of a 19th-century American method of civilizing the world toward democratization through the politicization of group identities at great costs.

Strong and lasting democratic governments rely on being empowered to uphold civil unity over perceptions of identity divisions. However, the popular discourse still seems to support the notion that certain claims about group identity provide a legitimate basis for self-determination even through rebellion. While it might be accurate to suggest that the Ottoman Empire stood in the way of modernization in the region, the manner in which its domains were turned into nation-states cannot be seen as a winning formula in this day and age.

There is an intergovernmental organization that is dedicated to international order, but it appears to be disinterested in addressing how power in the country where it is headquartered has been used to create identity-based conflicts that haunt its member states. Regarding the crisis in Spain, the United Nations called for an investigation of the Spanish government's use of force against its rebelling citizens, but did not call for an investigation of the factors that politicized the Catalan group identity into becoming an anti-governmental threat in the first place.

The Ottoman experience taught Turks plenty about a situation in which external power turns a group against its government and then turns public opinion against that government. Turkey can effectively engage other nation-states in conversation about improving the protection of governments from outside-in offenses if it argues clearly that unity among governments against interferences with their citizens' identity would not be done for the governments' own sake but for the sake of achieving democratic governance.

Democracy suffers when governments are fearful that an external power might turn their own citizens against them. Agreement against the use of such power will do a world of good for the international promotion of democratic governance.