The crisis' main cause is the US's failure to adapt 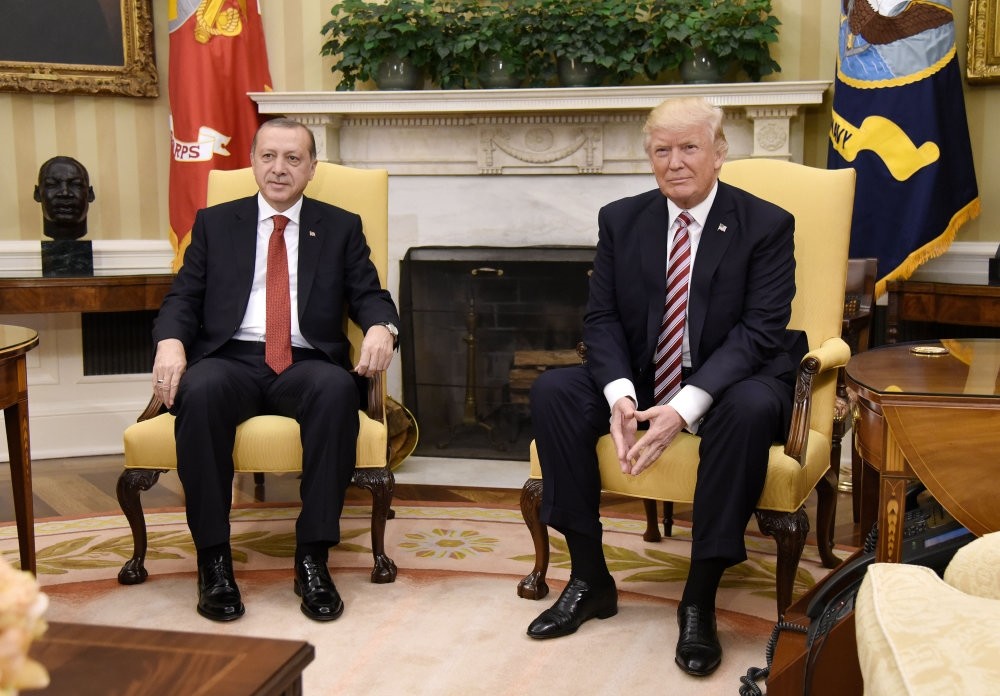 The general U.S. approach to Turkey needs to change, including the issues of Syria and FETÖ, and maybe after that, it would be possible to talk about reconciliation between the two countries

Ankara is having some problems with various U.S. practices and has not reached the expected rapport with the new administration yet. The concept of strategic partnership, which is inevitable for both countries, is at risk due to these problems. I believe that the costs of that risk and the gains that the U.S. hopes to obtain from its attitude, which Ankara abhors, have not been truly assessed.

Two problematic areas stand out at the moment. The first is the choices the U.S. makes in Syria, in particular, which tend to extend to Iraq, as well, especially relations the U.S. has established with the Democratic Union Party's (PYD) People's Protection Units (YPG) militia, the PKK affiliate in Syria, in northern Syria under the pretext of fighting Daesh. It is well known that Turkey is an effective, resolute and, most importantly, legitimate power, which carried out the first airstrike on Daesh at a very early date and swept it from its borders with the subsequent Operation Euphrates Shield. Additionally, it is making the greatest contribution to coalition forces through effective measures it took and intelligence sharing, and through allowing the use of İncirlik Air Base. But the U.S. position with regard to the PYD and the YPG is far from ignorable and negligible for Ankara.

U.S. President Donald Trump and his team need to understand that the issue is, rightfully and justifiably, a matter of survival for Turkey.

It should not be forgotten that former U.S. President Barack Obama's administration had wanted to deploy Turkey's land forces to topple Bashar Assad and initiate a political process along with a period of non-conflict. However, it did not pursue a consistent policy afterward. On the contrary, even though Assad crossed Obama's declared red line by using chemical weapons in Eastern Ghouta, the White House took it lying down and left Turkey alone in the region. And it did not stop there. There ensued an inadmissible campaign intended to erase Turkey's influence in the region based on Turkey's alleged support for Daesh.

Afterward, contrary to the attention denied to Turkey and the support withheld from it, a process began as part of the fight against Daesh in which the terrorist PYD and YPG were provided with political, logistic and media support along with heavy weaponry. While that support was given, the YPG's ethnic cleansing in the region, its recruitment of child soldiers, banning of all opponent Kurdish parties and killing of their leaders were ignored.

The other problematic area is, doubtlessly, that the leader and senior figures of the Gülenist Terror Group (FETÖ), which was behind the most traumatic coup attempt yet in Turkey, live in the U.S. Indeed, the recent visa crisis stemmed from an investigation related to that organization. In other words, the group's presence in the U.S. maintains a strong potential to create problems due not only to past practices, but also current and prospective actions.

Just imagine if the Capitol Building in Washington were to be bombed, the Pentagon attacked, 250 American citizens horribly killed and Trump were to narrowly evade an assassination attempt by just 20 minutes at a hotel where he was on vacation. And imagine that the ringleader and senior figures of the organization behind it managed this hypothetical coup from a mansion on 100 acres in Turkey. What would the U.S. have done, what kind of support would it have expected from Turkey and what actions by Ankara would have pleased or infuriated the U.S. administration?

Of course, every democratic and established country has a constitution and a legal system. Turkey does not ignore that. But it has been more than a year since the 2016 coup attempt. Courts have handed down verdicts in 13 out of 65 major cases related to the coup attempt. Countless high-level information trips have been made to the U.S. and truckloads of translated official documents have been submitted to judicial authorities in the U.S. Let's also remember that a member of the same organization assassinated the Russian ambassador to Ankara after the coup attempt. Turkish police and the judiciary are in a struggle with crypto members of the organization who still engage in many destructive activities every day.

In this case, is the U.S. not expected to stand robustly by its ally, let alone suspend visa services due to a judicial action resulting from an investigation into the coup attempt? How can one deem such an expectation unfair and unjust? Even if one ignores the rules of realpolitik, the U.S., a great power claiming to be the cradle of democracy, still has to be much more careful for the sake of principled consistency regarding massacres committed against civilians and attacks on democracy.

However, we currently discuss a great power's suspension of visa services in reaction to the detention of a FETÖ suspect. One cannot help but ask if they do this on purpose. In fact, for this reason, we have seen President Recep Tayyip Erdoğan question the U.S. decision to suspend visa services in Turkey. That the measure is utterly irrational makes us ask if the decision was made with the implicit approval of Washington or a personal decision by the ambassador.

Actually, by asking that question, Erdoğan has both voiced his doubts and left the door open to resolve this needless crisis. It is no surprise that the administration stood by its ambassador. In fact, it would be wrong to expect a different response. If an ambassador takes a step that can ruin relations between two countries without informing his superiors, it would be a huge fiasco for any country, let alone the U.S. In this way, Turkey aimed to draw attention to the weirdness of the situation. And it conveyed its message. Whether the resulting statement reflects the truth or is just intended to save face, a serious problem arises for the U.S. in both cases.

If the measure was taken within the chain of command, then there is a big deadlock in U.S. policy concerning Turkey. I tried to explain it above in detail. There is no need to repeat it. If the U.S. made its mind to break with Turkey or if it sees the deterioration of relations as a side issue, then there is nothing left to talk about, as Erdoğan has said.

However, if the decision was made without Trump's knowledge or that of senior administration figures, made stealthily or if its importance was underestimated, a much more serious problem would emerge. As is seen, neither of them is related to Turkey.

Naturally, one can only hope that common sense will prevail soon and the crisis will be overcome. But apart from this issue, the U.S. approach to Turkey in general needs to change, including those regarding Syria and FETÖ. In the past, it was customary for Ankara to meet every kind of demand and take every kind of unfair action lying down. But that has changed now. I believe that the real problem here is the reluctance to tolerate the new Turkey.

Ankara does not live in a world of illusions, nor does it act sentimentally. Certainly, every state has capabilities in line with its size and power. Alliance and cooperation are inevitably organized according to these. It is no wonder that Turkey demands respect and a voice in accordance with its current state. I think that the real reason for the problems with both the U.S. and some European countries is this failure to recognize facts. A redefinition of relations would resolve many crises and prevent the occurrence of new ones.

Turkey has always been honest, reliable and predictable in its interactions with its allies.