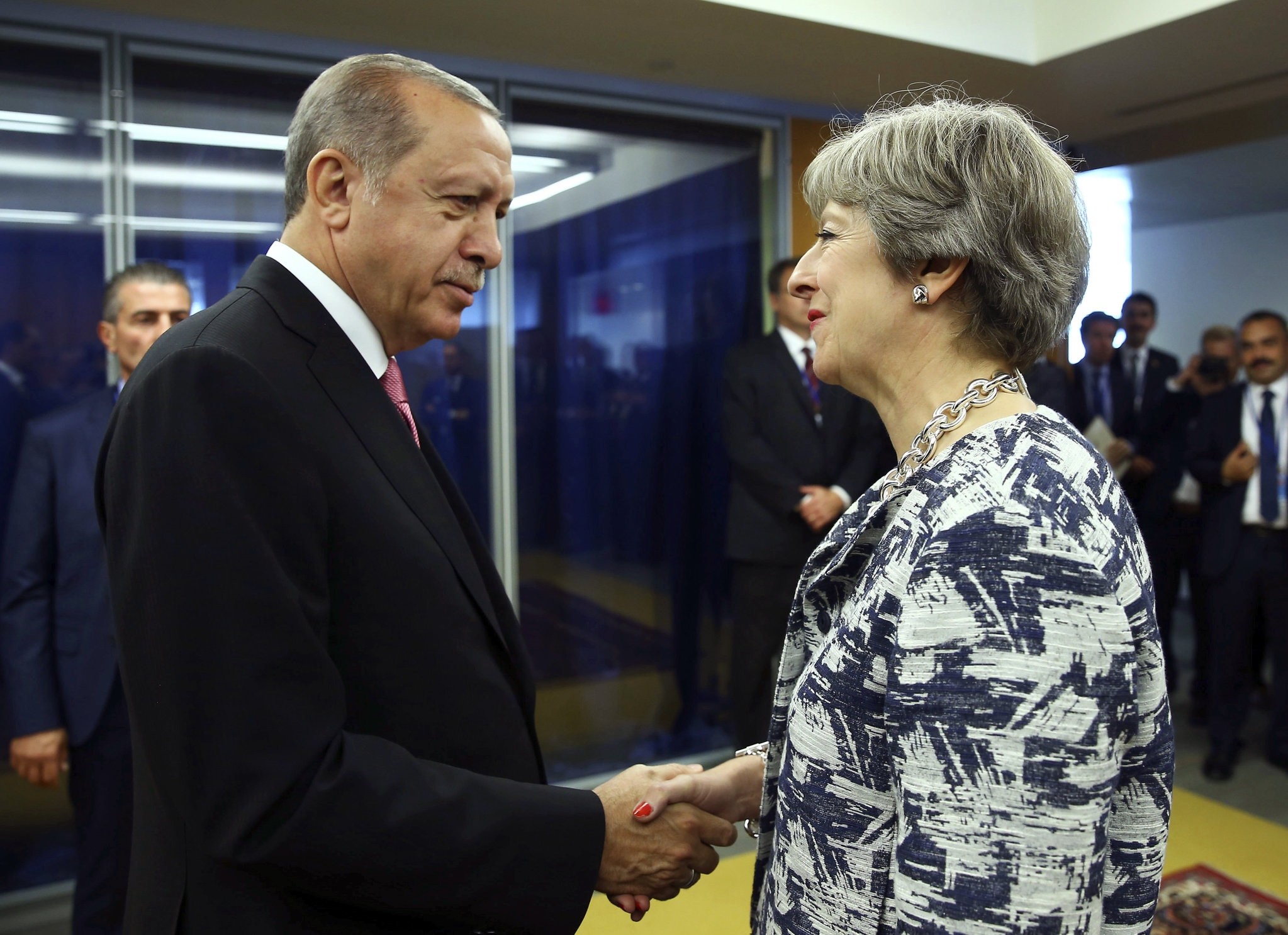 Regardless of what happens with a view to post-Brexit U.K.-EU relations and pre-accession Turkish-EU relations, Turkey and the United Kingdom can foster a kind of two-state, mini, single market of their own making

Much has been written about how Brexit, once completed, would impact future relations between the United Kingdom and the remaining European Union member states. However, little analysis has yet been published with a view to determining whether Brexit will result in an even more positive dynamic between Britain and Turkey or the opposite. There is no better place than the United Kingdom itself to find out more about it, to feel the pulse of British decision makers regarding post-Brexit bilateral contacts and future U.K.-EU relations in general.

Figuratively speaking, let me read between the lines of a number of official and unofficial comments the author of this piece had a chance to listen to in person while on location in October before ending this contribution with three rather outspoken suggestions.

Let's talk about trade first. Earlier this month a Turkey-U.K. Business Forum was held in London. The British Chamber of Commerce in Turkey (BCCT) is well known for hosting large-scale events in Turkey, and it is not uncommon for a 500-strong crowd to RSVP to their invitations, a fact those familiar with the BCCT would most definitely only be too happy to confirm. Their major focus is to promote bilateral trade, and the figures are impressive. As stated during the forum and later shared online, BCCT Chairman Christopher Gaunt highlighted that at the end of 2016, Britain occupied second place when counting Turkish exports, with 6.5 billion pounds, whereas Turkey came in at number 18 regarding British exports, with a nevertheless remarkably noteworthy 4.5 billion pounds.

As Turkey is an EU candidate country, but for the time being not a member, and the U.K. will soon cede its membership, one can conclude that there will be no automatic post-Brexit decline in bilateral trade volumes. And why should there be any in the first place? On the contrary, one might suggest that post-Brexit Britain and Turkey will not only continue with today's trading levels, but also be well advised to increase them further. Two model market economies make for perfect partners in commerce and trade. Even more so once the bulk of EU red tape becomes a thing of the past, in particular if seen from the U.K.'s perspective.

Leaving business aside for a minute or two and approaching my second issue, free movement, another meeting one should mention dealt with the impact on the 5 million British expats living overseas – the Brexit impact as it were. This 5 million refers to people born in the U.K. who have emigrated and currently live abroad. Granted, the number of British citizens living in another EU country accounts for only one-fifth of that surprisingly high number, but what this Chatham House-style political gathering in central London was all about was something much more complicated. What if a British expat who, say, currently lives in Australia yet decides to one day in the future relocate to another EU member state, would she or he still enjoy freedom of movement post-Brexit or not?

And of course, which rights, if any, would British nationals continue to benefit from in EU states, if any, after Brexit? Would they, for example, require visas? Would there no longer be automatic residency rights either? What about jobs, what about the right to look for a new position abroad? Still continuing on my train of thoughts that Britain will one day in mid-2019 or soon thereafter exist as a non-EU country, and further assuming that by that time Turkey will not have become a full EU member state either – as much as this author would hope for a much more welcoming EU vis-a-vis Turkey as Turkey by definition would make the EU bloc a better place, so to speak, in myriad ways – both countries could set an example and agree on visa-free travel between both countries, not simply for business travelers and students, but for all members of the public. With Brussels, very sadly, probably still undecided about granting at least visa-free travel rights to Turkish citizens in the near future, both Britain and Turkey could do their own thing and thus bring both nations' proud peoples ever closer together. This, in turn, would once again lead to an increase in bilateral civil society and tourism contacts on all levels, and thus a further increase in bilateral trade as well.

My third point is linked to the tricky domain of politics. One should assume that a post-Brexit Britain, regardless of its perception as a very powerful single state, would greatly benefit from having Turkey as a close political ally. Ankara and London have enjoyed very good bilateral relations for many decades, and let us not forget that it was a British politician, Sir Alan Duncan, who was the first European representative to travel to Turkey to show his country's unwavering support for Turkey's democracy after the heinous July 15, 2016 coup attempt. As of now, he has met with his Turkish counterparts five (!) times. A common strategy for a remodeled Europe, very close joint cooperation based on mutual trust and close economic ties, clear understanding of how today's terrorist threats need both and military responses are only three of the countless areas for continuous and fruitful bilateral relations.

Let me be frank and bold, as hinted at in my introductory paragraphs. Turkey is a prime location for past, present and future foreign direct investment (FDI). Public-private partnerships (PPP) on a two-state consortium level could become a vehicle for further growth. Not only the ever important construction sector, but other often high-tech (industry) sectors such as defense, tourism, education and manufacturing – and of course large-scale infrastructure projects – should be included on the list of potential areas for cooperation. London and Ankara could agree on a visa-waiver system and allow all citizens of both nations to freely travel between both countries for a period of initially up to six months, renewable every year. It should be discussed whether the chance to actively look for employment both ways and from one day onward without a work permit could be added at a later stage. And last but not least, an Ankara-London axis and its political clout could very well become the blueprint for a totally revamped Europe, perhaps even the European Union. London wants to maintain good relations with Brussels and the other 27 capitals even after Brexit, as does Ankara as an EU candidate country. But nothing should prevent either Turkey or the United Kingdom regardless of what happens with a view to post-Brexit U.K.-EU relations and pre-accession Turkish-EU relations to foster a kind of two-state, mini, single market of their own making.

Is it possible? Shortly before then U.K. Prime Minister David Cameron gambled his entire political career on an expected "Remain" vote and lost, no one would have expected Brexit would ever really be on any governing party's political agenda. Apparently in politics, everything is possible, or at least almost. Hence, thinking about a British-Turkish, mini, single market, in a positive sense of the words so as not to offend our British friends, could be the most logical solution of all when deciding which way forward in late 2019, post-Brexit. By way of personal endnote, you may be surprised that I have not written about the EU's Brexit negotiation's demands on London and whether or not they are fair and equally not mentioned concerns of the 3.15 million EU nationals currently living and working in Britain. The reason for this is that both issues would easily fill another page and a decision had to be made concerning which topics are most vital for Turkish-British relations post-Brexit, and not trying to cover the complete set of agenda items London and Brussels are currently (starting to) debate.