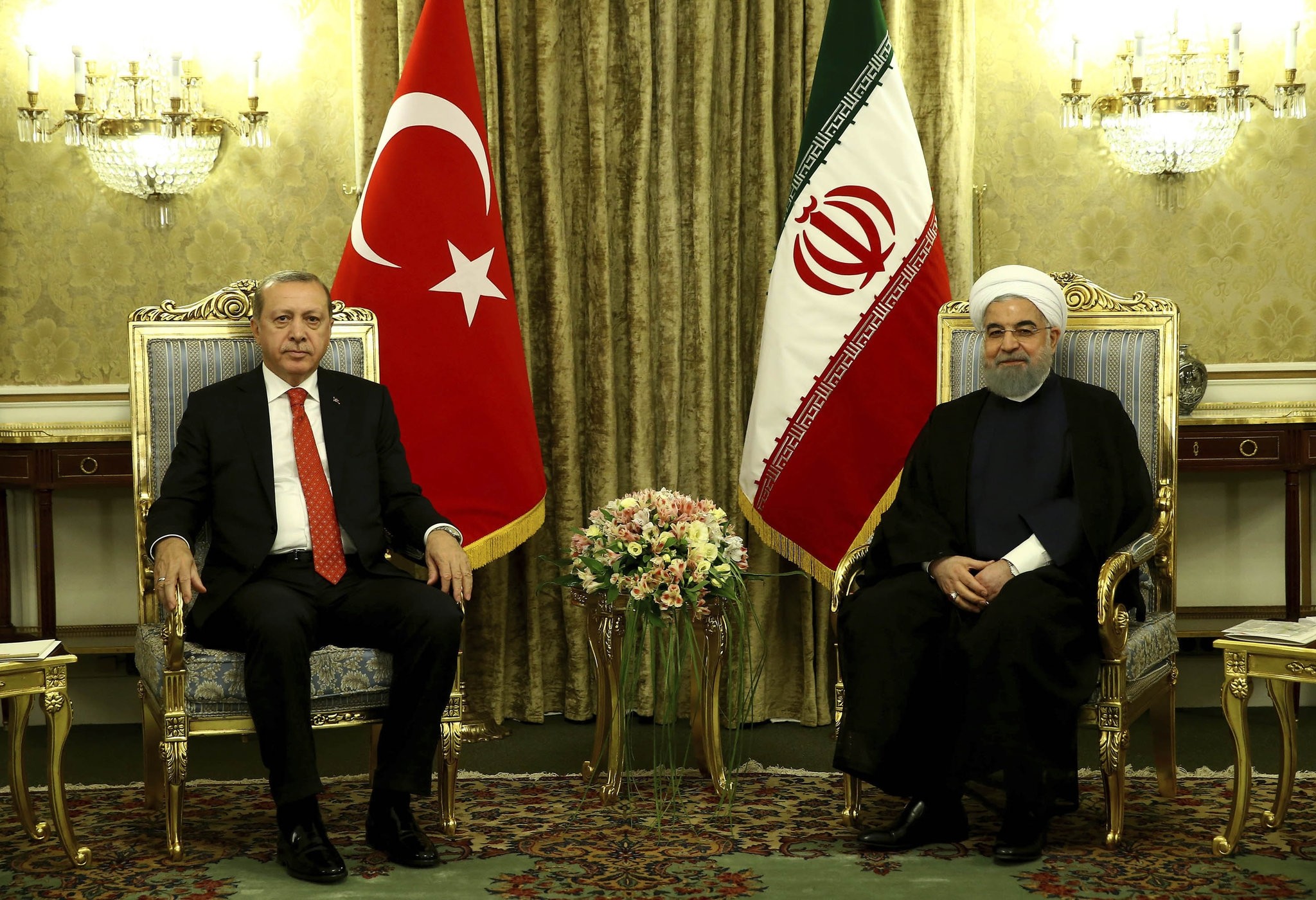 Developments in the region have pushed Turkey and Iran closer together, however, the possibility of a strong Turkish-Iranian alliance is still weak as the interest of the two countries about the ‘future Middle East' collide

The relationship between Turkey and Iran goes way back in history and is characterized by a complex mix of rivalry, cooperation, dispute, agreement, war and peace. This complex mix is enriched by trade and shared linguistics, ethnic relations and cultural heritage. As the relationship between the two nations has experienced many ups and downs, they have found a way to prevent things from getting out of control as evidenced by successfully managing to avoid an armed conflict since 1823. After the Islamic Revolution in Iran in 1979 that overthrew the Shah's rule, tensions between Iran and Turkey intensified. This was not only due to Iran's ambition to upend the political order in the Middle East, but also due to the nature of the two states. Iran became a religious revolutionary state, the complete opposite of the secular Republic of Turkey, and each viewed the other as a threat to its identity.

However, the arrival of the Justice and Development Party (AK Party) to power in Turkey in 2002 opened a new page in Turkey's foreign policy. Turkey's foreign policy underwent major changes and adopted "active engagement" with its eastern neighbors. As Turkey shifted its attention to the East, its relations with Iran started to improve. Trade between the two countries bloomed, increasing from an estimated $1 billion in 2000 to about $10 billion in 2010.

True to the rollercoaster-like ups and downs in Turkish-Iranian relations throughout history, the improvement in the two countries' relations proved not to be permanent. The outbreak of the Arab Spring in December 2010 rekindled their rivalry. Turkey and Iran found themselves on opposite sides in the Syrian civil war with Iran backing the Assad regime, one of its only two state allies in the region (Iraq being the other) and the Hezbollah movement, its corridor to propping its key proxy in Lebanon.

Turkey, on the other hand, supported the Syrian opposition and its quest to overthrow the Assad regime. The Arab Spring exposed not only diverging interests between the two countries, but also conflicting philosophical perspectives. Iran viewed and portrayed the Arab Spring as an Islamic awakening inspired by Iran's 1979 Islamic revolution, while Turkey viewed the Arab Spring as an expression of the popular desire for greater democracy, accountability and freedom and saw a golden opportunity to build bridges and alliances with the Arab Spring countries. The tension reached a climax in 2015 with Iranian leaders hurling insults and threats against Turkey, while Erdoğan accused Iran of sectarian policies and of trying to dominate the Middle East.

Developments in the region after 2015 helped push the countries closer together. The chief driver of this rapprochement was the emergence of a separatist Kurdish project in Syria and Iraq. Turkey and Iran have substantial populations of Kurdish origin and are worried about separatism spreading in their countries. They perceive any gains achieved by the Kurdish project as a threat to their national security. As such, both Turkey and Iran have been more than eager to contain Kurdish advances in Syria and to preempt the prospects of Kurdish statehood in northern Iraq.

The Qatar-Gulf crises that broke out in June placed Turkey and Iran on the same side of the issue. Both countries viewed the crisis as more than just a gulf-confined diplomatic standoff; they saw it as part of a wider project by Saudi Arabia, the UAE and Egypt to alter the regional order in their favor and to marginalize Turkey and Iran. Furthermore, the frequent flare-up of tensions and crises between Turkey and Europe and between Turkey and the U.S. has pushed Turkey closer to Iran and Russia. Today, Turkey finds it easier to work with Iran and Russia than its western allies. This is true even for an area like Syria where the interest of Turkey collides with Iran and Russia. This ability to work with Iran has put a lid on tensions between the two countries. Rapprochement is also anchored in substantial economic and trade ties. Turkey imports a sizable amount of its energy from Iran – 20 percent of gas and 30 percent of oil. Bilateral trade between the two countries, which stood at $9.65 billion in 2016, has a lot of potential with plans to increase this figure to $30 billion.

Does the above mean that the two countries are moving closer toward forming an alliance? The answer is a definite no. What we are witnessing in relations between Turkey and Iran is cooperation in a very limited number of areas where the interests of the two countries intersect. In Syria, Turkey will not totally abandon the Syrian opposition for matters of principle and for matters of interest. Ties with the Syrian opposition are one of the few remaining points of leverage Turkey has in the Syrian issue. In Iraq, Turkey is still disturbed by the sectarian policies of Iran and sees in them as a threat to Turkey's interests and to the stability of the Middle East at large.

Finally, and equally important, is the fact that both countries have fundamentally different political identities and widely different views on how the "Future Middle East" should look. For this reason the possibility of a potential strong Turkish-Iranian alliance is currently weak.