What does Trump's NSS offer the rest of the world? 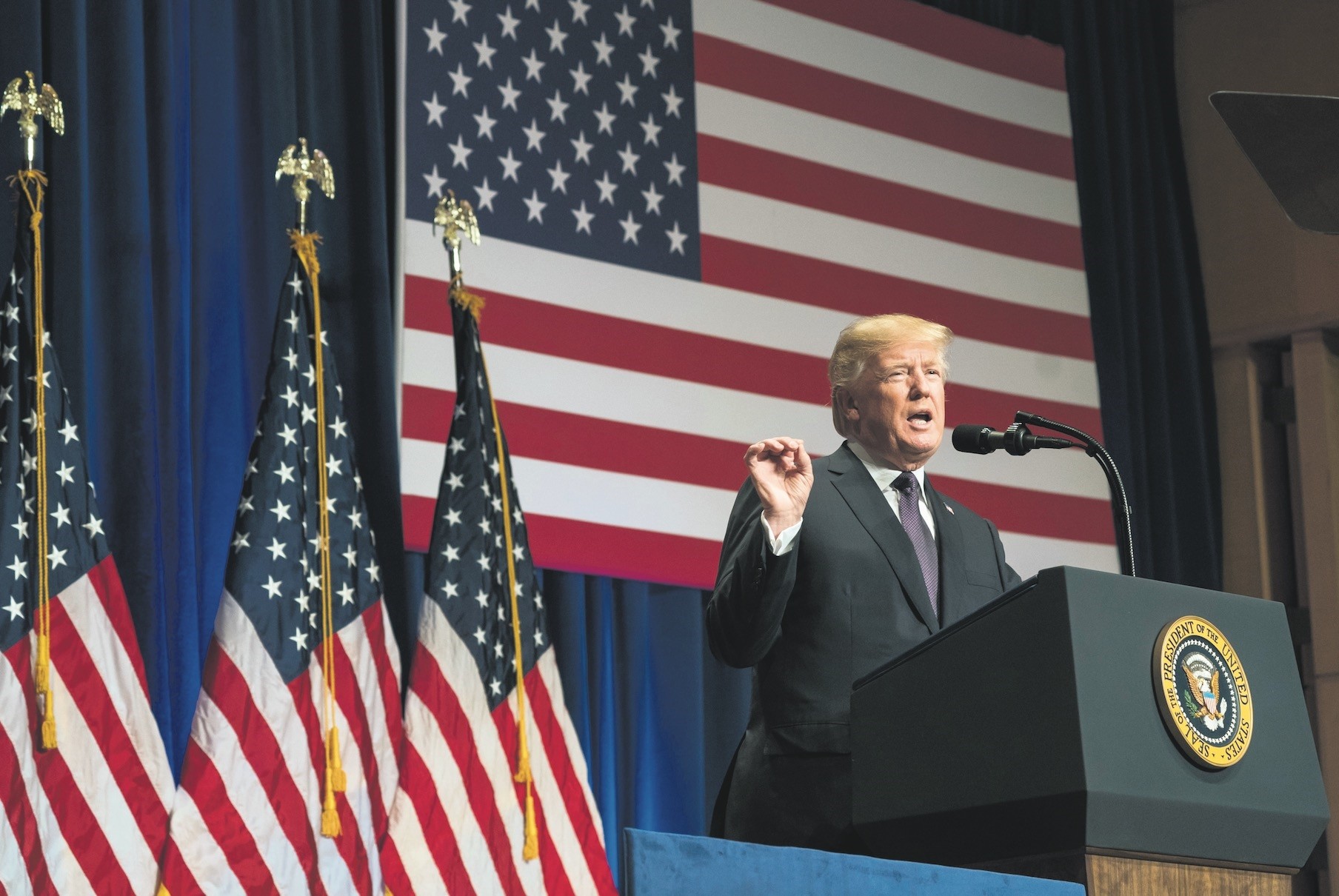 On Dec. 18, 2017, U.S. President Donald Trump published his country's new National Security Strategy (NSS). As expected from Trump's earlier comments and efforts the messages of "Making American Great Again" may be considered to be the title, and "principled realism" can be considered as the underlying theme of this document.

Protection of the American people, the homeland and the American way of life, promotion of American prosperity, preservation of peace through strength and the advancement of American influence were the main highlights of Trump's national security strategy. Considering Trump's first year practices in office, the U.S. pledges to invest less in global public goods, to prevent "free riders" from benefitting from the values and institutions that were promoted by the U.S. and protecting the U.S. homeland by strengthening its external wall. In the new NSS, there are a very few genuine references to cooperation and multilateral issues. In other terms, Trumps wants to make America great at the expense of the rest.

There has always been some delicate balance between the use of carrots and sticks in U.S. foreign policy: Carrots for friends and potential friends and sticks for foes and confused friends. The U.S. smart power policy strategy tried to maintain a balance between soft power tools and hard power instruments. U.S. policy makers maintained a reasonable balance in this line. On the soft side of diplomacy, the U.S. contributed to the budgets of international institutions and actively engaged in multilateral platforms to promote the liberal ideas of human rights, religious freedom, environmental protection, free trade and protection of civilians against violent crimes. On the defensive side, the U.S. extended its influence by creating a protective shield and security for its friends. The U.S. gained international legitimacy and respect by not only contributing to liberal values but also advancing its military might.

Sometimes it moved in the direction of more sticks, like the George W. Bush presidency, and sometimes it moved in the direction of more carrots. But the U.S rarely used sticks to gain more carrots and never abandoned liberal ideas and principles as important pillars of its diplomatic efforts. The simple summary of the Trump doctrine, "Peace through strength," is the declaration of a complete departure from the delicate balance between soft power vs. hard power/liberal values vs. military deterrence and the U.S. vs. the rest of the world. Moreover, if we examine Trump's foreign policy practices in his first year in office, those moves may be interpreted as the U.S.'s willingness to use its big sticks to gain more carrots from both friends and foes. In Trump's terms, "Making America Great Again" may mean making the rest smaller. There are several references to U.S. strategic allies within the 68-page document, but this message does not create any excitement and optimism on the side of traditional U.S. allies other than Israel or Saudi Arabia.

The U.S. withdrawal from international agreements such as the Paris climate accords or Iran nuclear deal does not create suitable ground for negotiating with the U.S. for mutual gain. Trump's win-lose oriented negotiation and deal-making strategy discourages any potential negotiation partners from engaging in negotiations with the U.S. If the U.S. depends on its big stick/coercive elements for making favorable deals, then the rest of the world will invest more on their sticks and increase their military spending, and no one will be better off.

International values and instruments of cooperation will be the most significant casualties of Trump doctrine. In this Hobbesian environment, the U.S. last generated post World War II order will continue to dissolve. Unconventional threats such as terrorism, cyberthreats and illegal migration can only be addressed by greater cooperation with other international actors rather than taking unilateral actions. The security, prosperity and principles that the U.S. promote cannot be protected by building real and virtual walls around U.S. Trump's new national security strategy does not offer much to the rest of the world, thus, it does not encourage anyone to cooperate genuinely with the U.S. on critical issues. In the coming years, we can see the statement of "countering U.S. selfishness" in the national security strategies of other nations.

Talha Köse is Brussels Coordinator and Society and Media Director at SETA Foundation. He is the chair and an associate professor of the Political Science Department at Ibn Haldun University.
Last Update: Dec 22, 2017 1:24 am
RELATED TOPICS