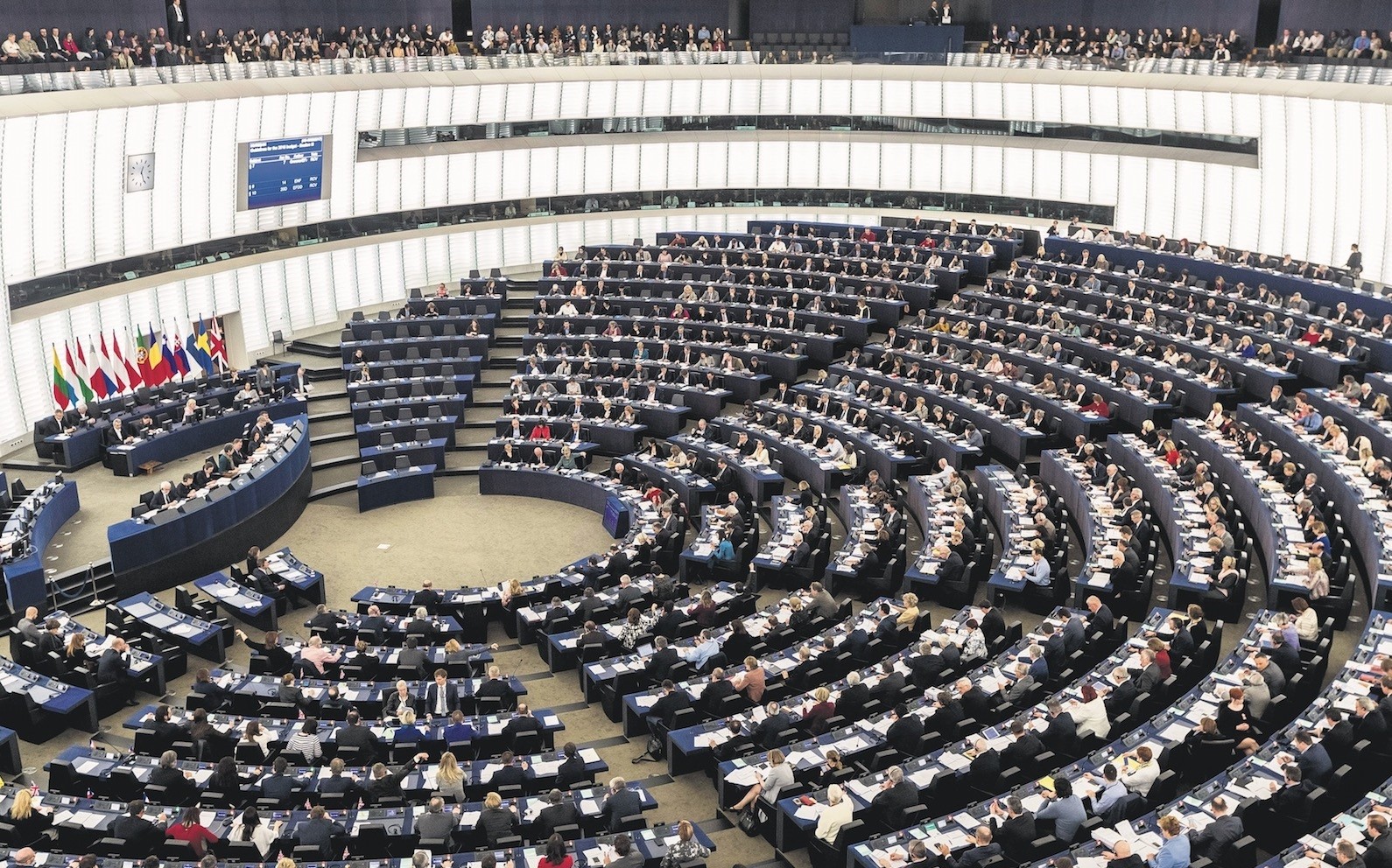 If Europe's unexpectedly well-faring far-right parties one day in the not too distant future turn mainstream, shelving their extremist ideology along the way to become a permanent fixture at the ballot box, our party political democracies would have one thing less to worry about. What is more, even before that crucial time, our national parliaments should be mature enough not to allow hate speech in the plenary anyway.

However, if mainstream (people's) parties themselves incorporate far-right policies into their very own normally center ground agendas to keep extremist ideology at bay, democratic and modern Europe as we know it today could be at risk. Another populist, xenophobic, racist, isolationist ice age would lurk around the vote counting corner, so to speak. But it all can be avoided. First, by expecting, or shall I rather say hoping, that the far right will soon embark on a March through the institutions instead of aiming at destroying them and, second, by normal political wear and tear – a phenomenon I will explain further.

Former member of parliament Herbert Gruhl published his book, "A planet is looted – the scary balance sheet of our politics," in 1975. It was West Germany's first ever eco-bestseller.

In the 1970s and at the time of his soon-to-be bestseller going into print, Gruhl was a member of the Christian Democratic Union (CDU), yet was soon to part ways, having decided to help kick-start what would become West Germany's ecological/green movement instead. Shortly after leaving the CDU in the summer of 1978, he was instrumental in setting up the Green Action for the Future (GAZ), which two years later became part of Germany's first ever Green political party movement.

The rest is history, as they say, as the Green Party, after various intellectual and strategy regroupings, turned itself into a successful actor in German and many other European countries political landscapes. As a matter of fact, the German green movement became the springboard and initiator for a serious Green party movement in Europe, including winning seats in European Parliament via a joint transnational list currently having 51 seats out of 751 in total. They were part of the national government in Germany with Joschka Fischer as foreign minister, and per further example, today count Baden-Württemberg's minister president as one of their own.

Hence, we can attest that what started as a protest movement aimed at bringing ecological issues to the forefront of politics by means of uniting what were at times rather fringe, if not outright radical, factions paid off. Yet whether they will stay on as truly influential, always ready to share a government force, remains to be seen as a profound value change even in center, mainstream parties. This has led to the fact that "going green" is nothing special any longer.

However, in 2018 and beyond, Europe in general and in particular a number of EU member states are faced with another potential march through the institutions. There were many before – think the French Front National and consider the Netherlands – but recent upheavals in political systems, notably with the Alternative for Germany (AfD) entering German parliament and Austria's far-right Freedom Party (FPÖ) sharing the newly sworn in national government, lead observers and political analysts to raise more than just one eyebrow and raise a number of very serious questions.

What would happen if far-right parties become a staple diet of European party systems, including in European Parliament – with just under 40 today – would this result in making extreme far-right policies acceptable, would Europe shift to the (far)-right?

Or in other words, is it a healthy development to have far-right politicians getting their hands dirty, so to speak, leading to an eventual clipping of their far-right extremist wings, or is there a danger that copycats will win future elections in far too many countries and constituencies by not adapting to the political mainstream and thus endanger our entire political, democratic system as we know it? What about their voter base – is it growing, or has it reached a peak already?

First, unless far-right leaders resort to outright violence and stage military coups to take over a parliament or country, their only chance to ever getting heard is to go on the cumbersome path that means filing candidates, running for seats and then waiting for election night. Not even mentioning obtaining funding and enough signed up members.

Second, being nothing but an extra-parliamentary opposition group in the sense of becoming an opposition to the established political powers but not running for seats oneself was one strategy of the radical left during and after the student uprisings that rocked Europe in the 1960s. The New Left soon adapted to the constraints of limited influence and hence, opted for the march through the institutions, no longer to destroy them, but to try and shape them.

Third, staying outside the mainstream or trying to become part of it and thus influence and shape at least part of the political agenda was exactly what the Greens had to come to terms with, too.

Cynics would argue that the advent of the middle classes basically made far-left manifestos obsolete. Why abolish a system that brought relative welfare and prosperity to the vast majority of European countries? Similarly, the same cynic could easily declare that as ecological issues have been incorporated into most mainstream political parties' ideological platforms, the Green movement will one day soon be nothing more than a marginal sighting.

And in a related hypothetical comment lies the great danger this piece aims at highlighting as clearly as possible: If center-left and center-right parties start incorporating extreme, far-right issues into their party programs so as to regain lost votes and keep numbers of seats for far-right parties low, then the extremists will have achieved their greatest goal.

If xenophobia, racism, anti-Europeanism and backward looking isolationism paired with a return to supposed one nation self-sufficiency instead of globalized manufacturing and production ever becomes mainstream, our democracy is no more. It would lead Europe backward into a new, very dark middle ages with hundreds if not thousands of fiefdoms. This type of ultra-nationalism would actually destroy the nation-state.

Hence, I hope the assumptions that formed the inspiration for this article, i.e., the eyeing of the mainstream by far-right movements to become sustainable political actors but not becoming the actual mainstream, turn out to be true and not the other way around.